Aiming to finish on a high 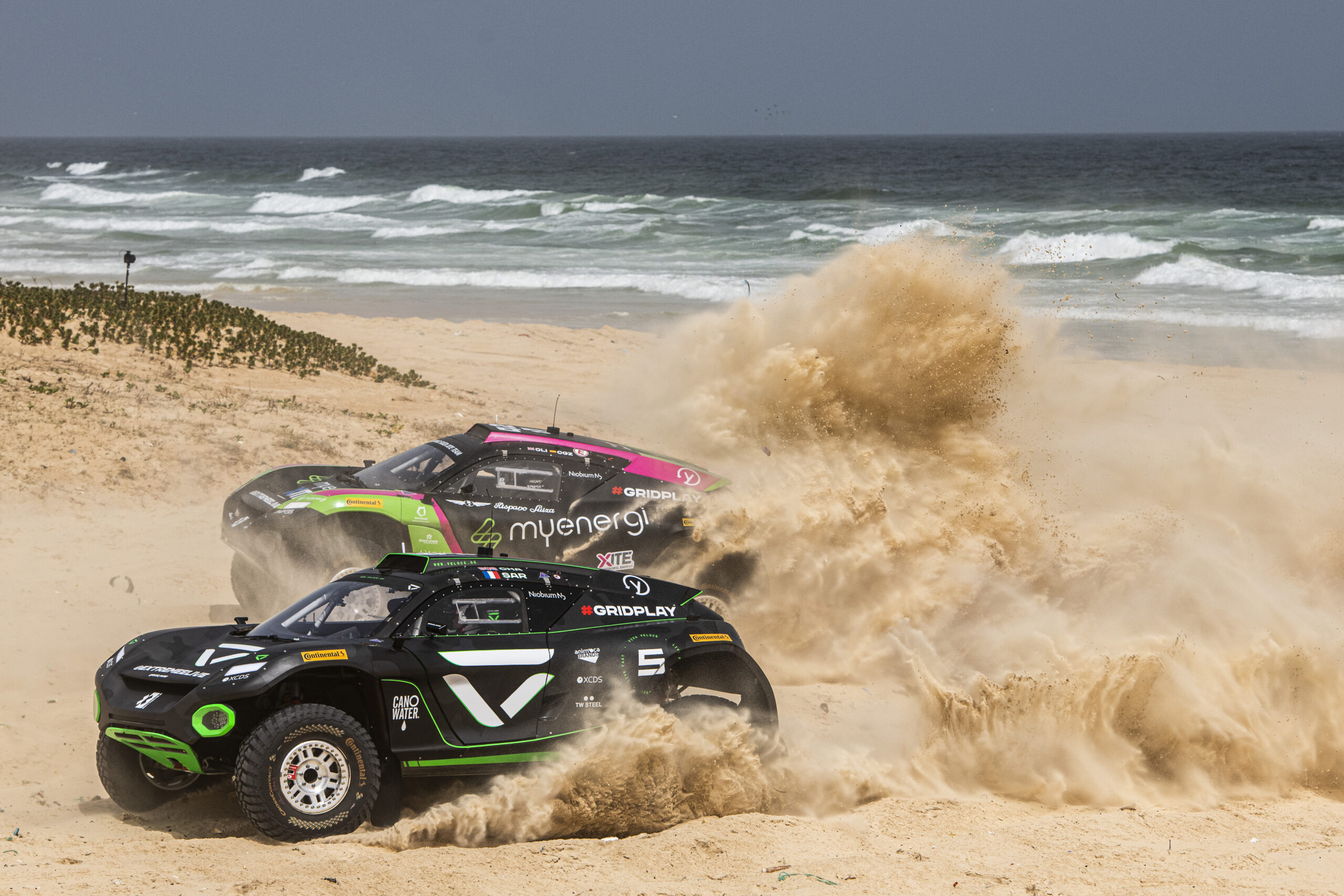 As Extreme E heads to Dorset, UK, for the season-ending Jurassic X Prix, those ranked seventh to ninth in the standings will be aiming to finish with a flourish.

SEGI TV Chip Ganassi Racing, Veloce Racing and XITE ENERGY RACING have all shown moments of promise throughout the campaign and all three will be aiming to finish the inaugural Extreme E season a high.

And, of course, with a maximum of 42 points available in the Season 1 Finale anything can happen and any one of these three teams could shoot up the table with a positive result in Dorset.

SEGI TV Chip Ganassi Racing, in particular, will be keen to claim a maiden podium result in the Jurassic X Prix after coming tantalisingly close to a first win of the campaign last time out at the Enel X Island X Prix.

“I think we’re going to do what we’ve always done, and not just put our heads down, but do the best we possibly can,” says driver Sara Price. “The last time out we did get to show the speed our SEGI HUMMER EV.R team has, finally, and we have full confidence heading to Dorset. We know we’re capable of winning and securing a good result on the podium if we execute. It’s just a matter of all the things lining up in place to make that happen. We’re bringing a positive mindset with us and are determined to make it happen this race.”

The team had endured a luckless start to the season due to a number of issues in the opening three X Prix events, but securing five extra points for the fastest time in the ‘Super Sector’, now renamed ‘Continental Traction Challenge’, in Senegal demonstrated the speed in Kyle LeDuc and Price’s ODYSSEY 21.

SEGI TV Chip Ganassi Racing then looked set to secure their best result of the season in Sardinia by qualifying fifth and after securing a place in the Final, shot into the lead on the opening lap after an aggressive start from LeDuc, but damage suffered on Price’s final lap cruelly denied the team a maiden victory and ensured they finished fourth.

The Jurassic X Prix offers a shot at redemption for the American outfit.

“The teams approach might be a little different than most,” says Kyle LeDuc. “We had an awesome test recently and have made many strides within the team and truck and we’re ready to bring an aggressive but deliverable performance for the final round. We are laser focused and have a plan in place to bring home victory here for the final round.”

After suffering significant damage at the season-opening Desert X Prix, drivers Stéphane Sarrazin and Jamie Chadwick bounced back superbly in Senegal to secure their first podium of the season by finishing second.

Emma Gilmour then deputised for Chadwick at the two previous rounds in Greenland and Sardinia, but damage incurred on race-day at both events meant the team were only able to finish sixth and eighth, respectively.

Recently-crowned W Series champion Chadwick will be back behind the wheel at her home event in Dorset where she will be partnered by South African Lance Woolridge, who replaces Sarrazin for the Season Finale. Woolridge has been Veloce Racing’s reserve and development driver throughout the campaign and will hope to deliver a positive result in his maiden X Prix alongside the returning Chadwick.

“Our season so far has been eventful to say the least!” says Daniel Bailey, Veloce Racing CEO. “Luck hasn’t always been on our side this year, but we’ve overcome those challenges to achieve some amazing results and show impressive pace, all from a team that is in its first-ever year of competition.

“As Veloce’s Reserve and Development Driver, Lance [Woolridge] is completely integrated into the squad and fully up to speed with the car, so we have a huge amount of confidence in his ability to deliver at the last race of the season. Jamie [Chadwick] and Lance are both extremely talented racing drivers so I’m sure they will work well together in Dorset.”

“It’s great to be back in Extreme E for the final race of the season and of course, my home event!” says Veloce Racing driver Jamie Chadwick. “Racing at home is always a special experience so I’m really looking forward to it, especially as it’s the season finale in this amazing series!

“The team has been doing a fantastic job all year and it’s going to be fun to work with Lance as he has some amazing experience in off-road categories in South Africa. I have seen either ‘extreme’ of this championship with the heartbreak of Saudi Arabia and the incredible podium in Senegal – I’m hoping we can finish the season on another high!”

Currently last in the standings are XITE ENERGY RACING who will be aiming to finish the season with a strong result at the Jurassic X Prix.

Drivers Oliver Bennett and Christine GZ are yet to qualify for a place in an X Prix Final and secure a top three finish despite the team coming close on a number of occasions this term.

A season-opening fifth place marked a consistent first X Prix of the season for Bennett and GZ, but the team have suffered multiple setbacks in Senegal, Greenland and Sardinia.

These have ensured XITE ENERGY RACING could only finish sixth, eighth and ninth, respectively, in the previous three events.

“We are really keen and excited for Round 5, especially with it being a home race,” says Oliver Bennett. “Obviously we’ve missed out on the finals a few times this season due to car issues, so hopefully we are looking for some reliability in this event and make it to the final. We haven’t managed to do any testing pre-event compared to the other teams, which is a bit of a shame, but we are going to try everything we can to make it a good round at the last one!”

The team will be sporting a new livery at the Jurassic X Prix and, with the tantalising prospect of a first Finals appearance and podium result up for grabs in Dorset, XITE ENERGY RACING will be aiming for their best result of the campaign at the Season 1 Finale.

Racing gets underway next weekend. To find out where to watch please click here.