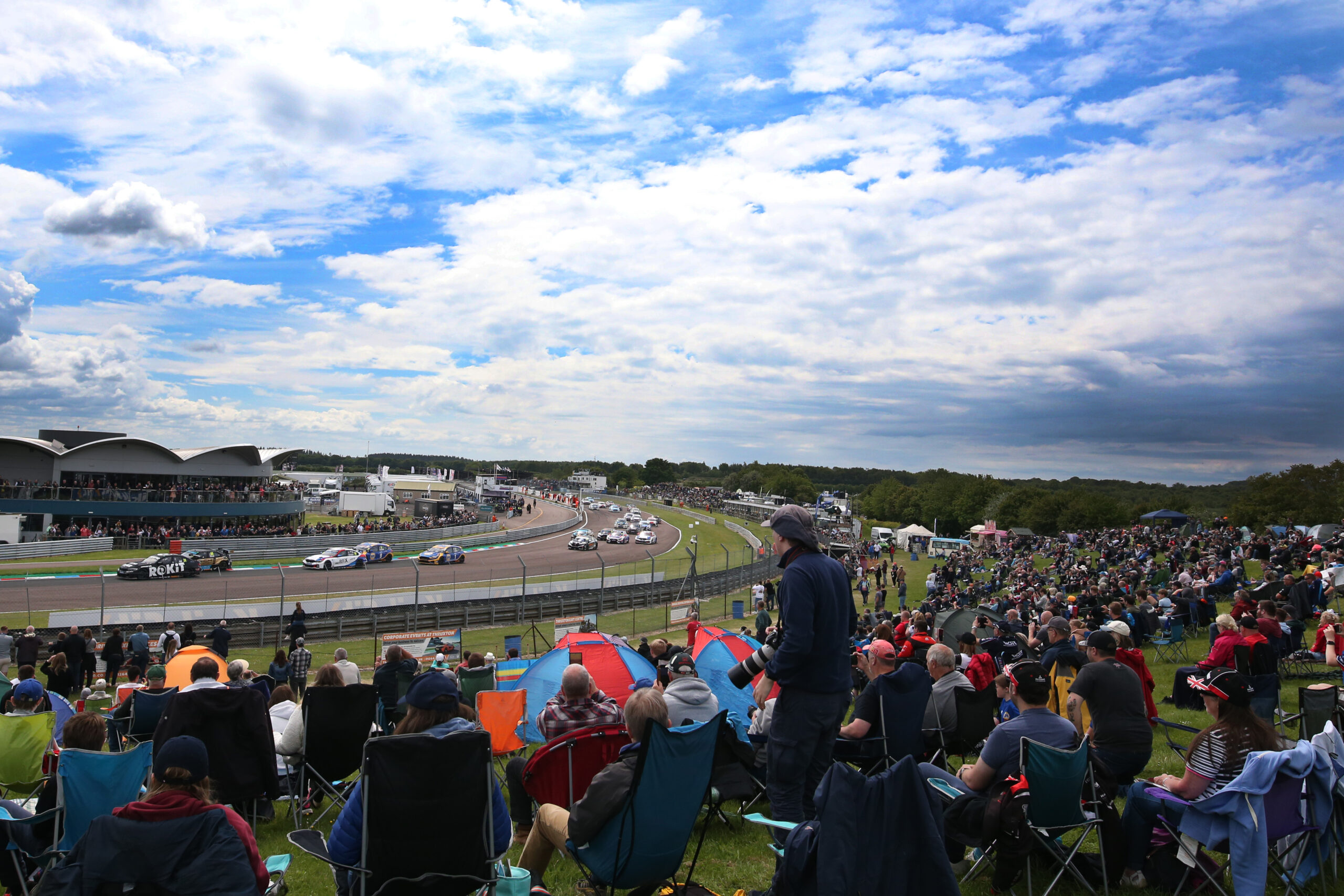 
Rounds 10, 11 and 12 of the 2022 Kwik Fit British Touring Car Championship take place at Oulton Park this weekend (11/12 June) with thousands of spectators set to welcome the UK’s premier stars and cars to the picturesque Cheshire circuit.

The fourth event on the BTCC calendar has always been hugely popular among drivers and fans alike as the race for the most coveted prize in UK motorsport continues to take shape.

Josh Cook hit the top last time out as four wins from the last six races propelled him to the summit of the Drivers’ Standings. The Rich Energy BTC Racing star enjoyed a memorable May as he claimed a double triumph at Brands Hatch, before repeating the feat at Thruxton, and the Honda driver now heads to Oulton Park with a target on his back.

Reigning champion Ash Sutton may not have won a race so far this season, but a podium hat-trick at Thruxton and solid points finishes in every race have elevated the NAPA Racing UK man up to second, ahead of four-time champ and regular title rival Colin Turkington.

Team BMW’s Turkington will be greatly looking forward to the next two race weekends – at Oulton Park and Croft respectively – as the Northern Irishman has enjoyed huge success at both venues.

Tom Ingram relinquished the top spot at Thruxton – dropping to fourth in the table – after the Bristol Street Motors with EXCELR8 TradePriceCars.com driver endured a challenging time in Hampshire.

ROKiT MB Motorsport Jake Hill is well in contention following his own podium double, as is Car Gods with Ciceley Motorsport’s Adam Morgan, having won the reversed grid race at the UK’s fastest circuit.

Morgan’s recent triumph at Thruxton led to huge celebrations on the pit wall last month, and now his Car Gods with Ciceley Motorsport squad prepares for its local race event at Oulton Park.

The Lancastrian had endured a relatively tough time at his home track until that all changed last season when the BMW 3 Series racer reached the rostrum twice, so the 33-year-old will be looking to keep his championship challenge on track next weekend.

“I’m really looking forward to my home race weekend at Oulton Park,” said Morgan. “We always have lots of local support and it’s also great to see so many of our guests and sponsors in attendance.

“It’s a fantastic circuit and we come here in confident mood after the win at Thruxton.”

Another outfit that had traditionally endured local heartache is Speedworks Motorsport-run Toyota GAZOO Racing, but again this all changed with a victory last season for the Northwich-based team.

“After enduring terrible luck at our local track year after year, to win there last season – and in such emphatic fashion, too – was one of the most memorable results in Speedworks’ history,” said Christian Dick, Team Principal, Toyota GAZOO Racing UK.

“Competing at Oulton – only a matter of miles down the road from our workshop – is always special for us. We receive a lot of support, and for Rory [Butcher] to reward everybody in the team, as well as all of our sponsors, family and friends with a first ‘home’ victory, was very emotional for all concerned.

“We know the Corolla is well-suited to the circuit too, so all told, there’s no reason at all why we shouldn’t be taking some silverware back with us to Northwich on Sunday night.”

With a spectacular support series line-up complementing the BTCC action in Cheshire, there will be a range of racing disciplines entertaining the crowds throughout the weekend as the F4 British Championship, Porsche Carrera Cup Great Britain, Ginetta GT4 SuperCup Championship, MINI CHALLENGE and Ginetta GT Academy continue their 2022 campaigns.

Tickets for the fourth event on this year’s calendar are available in advance with FREE entry for children aged 13 and under, while adult weekend tickets cost £43. Further information can be found here.

This weekend also marks the second in the campaign which will be broadcast on both ITV4 – the home of Britain’s premier motorsport series – and ITV’s main channel. Tune in to ITV from 1210 on Sunday (12 June) for Rounds 10 and 11, then switch over to ITV4 from 1505 for the final BTCC race of the day, while Saturday’s (11 June) qualifying session can be viewed at itv.com/btcc from 1525.