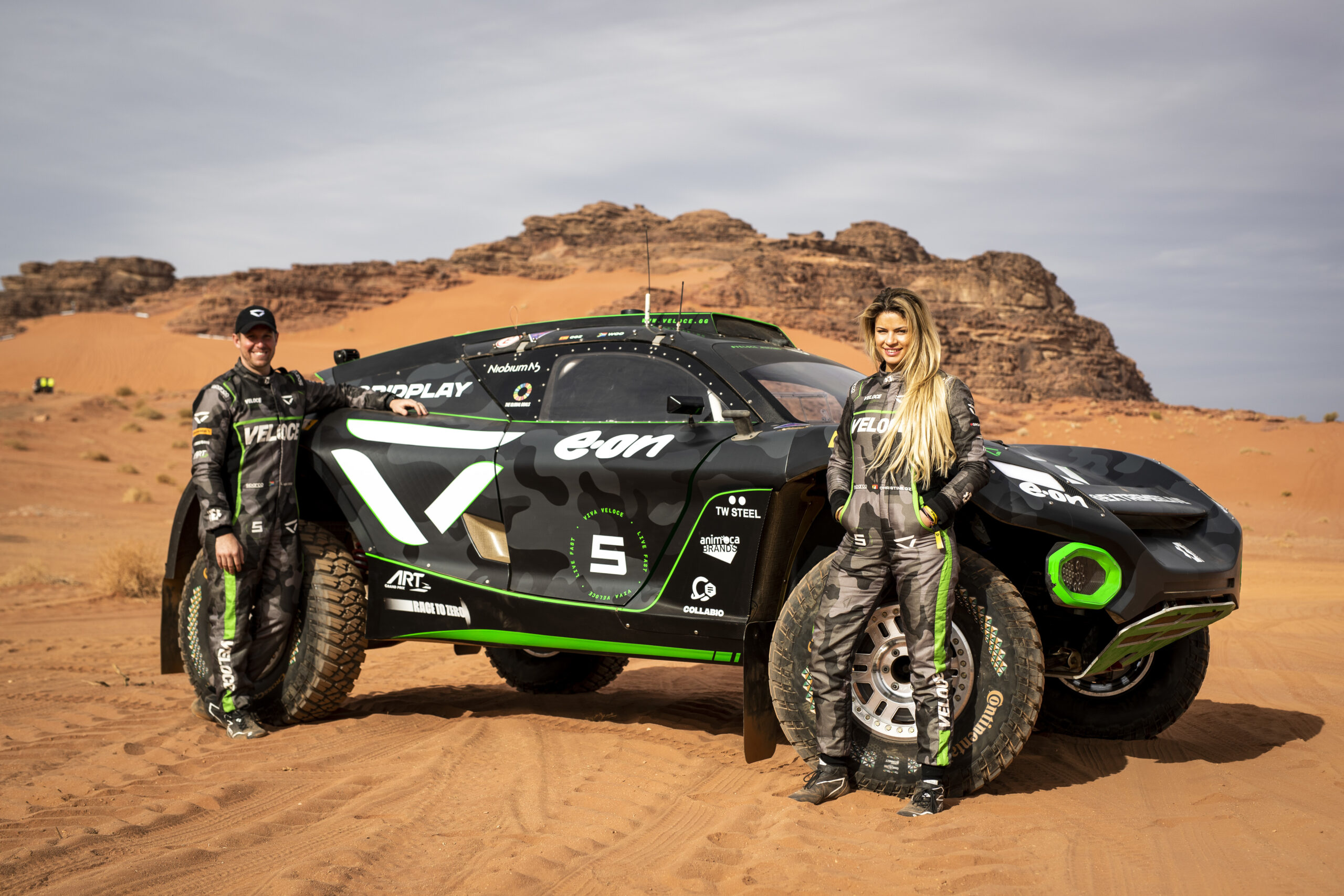 Christine GZ has been passed fit to race in Extreme E following her crash in the season opener and will get back behind the wheel for Veloce at testing this week.

Veloce Racing are ready to turn up the heat in an Extreme E summer showdown, which sees the first ever double-header event for the all-electric series. Following an extended break after the first X Prix of Extreme E Season 2, the on-track action resumes in Sardinia with two rounds in one week (6-7 and 9-10 July).

Final preparations are underway for Veloce, as the team focusses on three days of testing this week which will see GZ back alongside Lance Woolridge and the rest of the crew.

The British team experienced the highs and lows of top-level motorsport during the Extreme E season opener in Saudi Arabia in February, showing huge promise in the Desert X Prix.

Veloce Racing’s dynamic duo showed impressive pace in Qualifying, with Woolridge producing a spectacular opening lap and setting up GZ to secure the fastest overall time. However, with just a few corners remaining and after setting the timing screen purple in P1, GZ carried too much speed into a late left-hander, which ended in a dramatic barrel roll.

GZ was taken to hospital where it was confirmed she had fractured her foot, and an intensive course of rehab was to follow. Following months of hard work and clearance from the medical team, GZ will now take part in Veloce’s testing in the South of France from June 15-17.

Despite strong off-road rallying experience, Veloce will be keen to make the most of this testing opportunity. Not only will these three days see the ODYSSEY 21 being pushed to the max by our drivers, but the likes of Fifth Gear and EVO Magazine will also be on-site to experience the extreme e-SUV at its best.

Testing will prove crucial for Veloce as we look to build on the pace showed in NEOM and target a strong performance in Sardinia.

Christine GZ, Veloce driver, said: “It’s great to see that my hard work has paid off and I’ve recovered in time for the next rounds of Extreme E.

“Everyone in the team has been doing an amazing job to make sure we are ready for action, and testing is going to be a big part of our preparations.

“I can’t wait to get back behind the wheel and to get back to driving with Lance again. We worked together so well in NEOM and I’m excited to see what progress we can make as the season goes on.”

Lance Woolridge, Veloce driver, commented: “The season opener in NEOM wasn’t the way Christine and I wanted to start our first campaign for Veloce, but the pace we both showed was promising and one of many positives to take from that weekend.

“I’m relieved Christine is okay and fit to race. Of course we’ll both want to go all-out again in Sardinia, but it’s important that we work towards a consistent performance and some solid points from the upcoming double-header, and that starts with this testing.”

Daniel Bailey, CEO of Veloce Racing, added: “NEOM was one of our best performances in terms of raw pace and we can’t wait to see what we can achieve in Sardinia.

“We’re thankful that Christine is okay after her crash and we’re excited to have her back with us as the team gets ready for what will no doubt be a challenging week of back-to-back Extreme E races.

“We left the season opener on the back foot, but these days of testing provide a perfect opportunity to build on the speed we showed in the first race and make sure we’re back to competing at the front.”