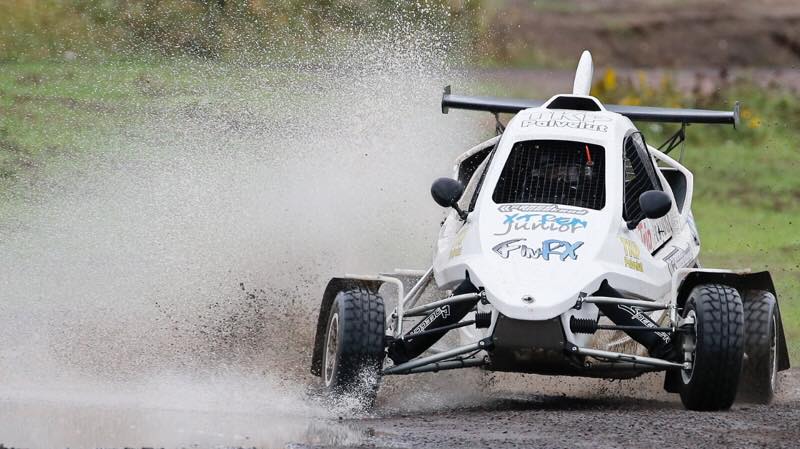 RallyX Nordic presented by Cooper Tires will welcome a new entry-level class in 2020, with the CrossCar Junior category set to allow drivers as young as 12-years-old to showcase their skills on the same stage as their World Championship heroes.

Building on the success of the CrossCar/Crosskart class, CrossCar Junior represents a cost-effective entry route into rallycross, offering aspiring Supercar stars a unique opportunity to take the first step on the ladder well before they can legally drive on the road.

Aimed at competitors aged between 12 and 16, the lightweight (380kg including driver), rear wheel-drive Xtreme Junior machine is simple to maintain and produces 80bhp from its 600cc four-stroke, four-cylinder motorcycle-derived engine, with revs limited to a maximum 9,300rpm. Keeping costs to a minimum, it can be easily converted for use in the ‘senior’ CrossCar/Crosskart class by increasing the revs and power.

CrossCar Junior will join RallyX Nordic’s other disciplines – the ever-spectacular, flame-spitting 600bhp Supercars, the ultra-competitive Supercar Lites class and the popular CrossCar/Crosskart category – at all eight rounds on the series’ 2020 calendar, from World Championship venue Höljes in Sweden on 23/24 May to Nysum in Denmark on 6/7 June, Norway’s charismatic Finnskogbanen circuit on 25/26 July, a yet-to-be-confirmed track in Finland on 29/30 August and Sweden’s Tierp Arena on 26/27 September.

“We are delighted to see CrossCar Junior join the RallyX Nordic package next year,” enthused Marko Jokinen, one of the main players in bringing the concept to Scandinavia. “I have no doubt it will be a great addition to what is already a superb series, and lowering RallyX Nordic’s minimum entry age by four years will open it up to a great many promising young talents.

“We have been very careful to avoid calendar clashes and have already received interest in this groundbreaking new class, which will provide the perfect ‘beginner’ car for future rallycross racers and represents the very first step on the RallyX Nordic ladder that rises all the way up to Supercars and Supercar Lites.

“CrossCar Junior will be an inexpensive way to get into this exciting sport of ours, with no need to change the car when the driver reaches 16 – once the button is pressed to increase the revs, the seamless transition to CrossCar/Crosskart level is complete.

“Being on the RallyX Nordic bill also offers fantastic visibility for sponsors via the series’ first-rate TV coverage and livestreaming. Not only that, but the tracks on the calendar are legendary. For example, how many 12-year-olds can claim to have competed on the same circuit as the likes of Timmy Hansen, Andreas Bakkerud and Petter Solberg?

“We enjoyed a fantastic season of CrossCar/Crosskart competition in 2019, and we expect CrossCar Junior to follow much the same theme in 2020 as we look forward to discovering the future World Champions right here in the RallyX Nordic paddock.”

The 2020 RallyX Nordic schedule comprises eight rounds across five locations, including three double-headers. Each event will additionally welcome guest entries from the host country’s national series’ in all classes. The Norwegian Supercar Championship will visit Höljes and Finnskogbanen, while active efforts are ongoing to attract a large grid of the very best Swedish Supercar stars for a ‘Super Saturday’ at the Tierp season finale.