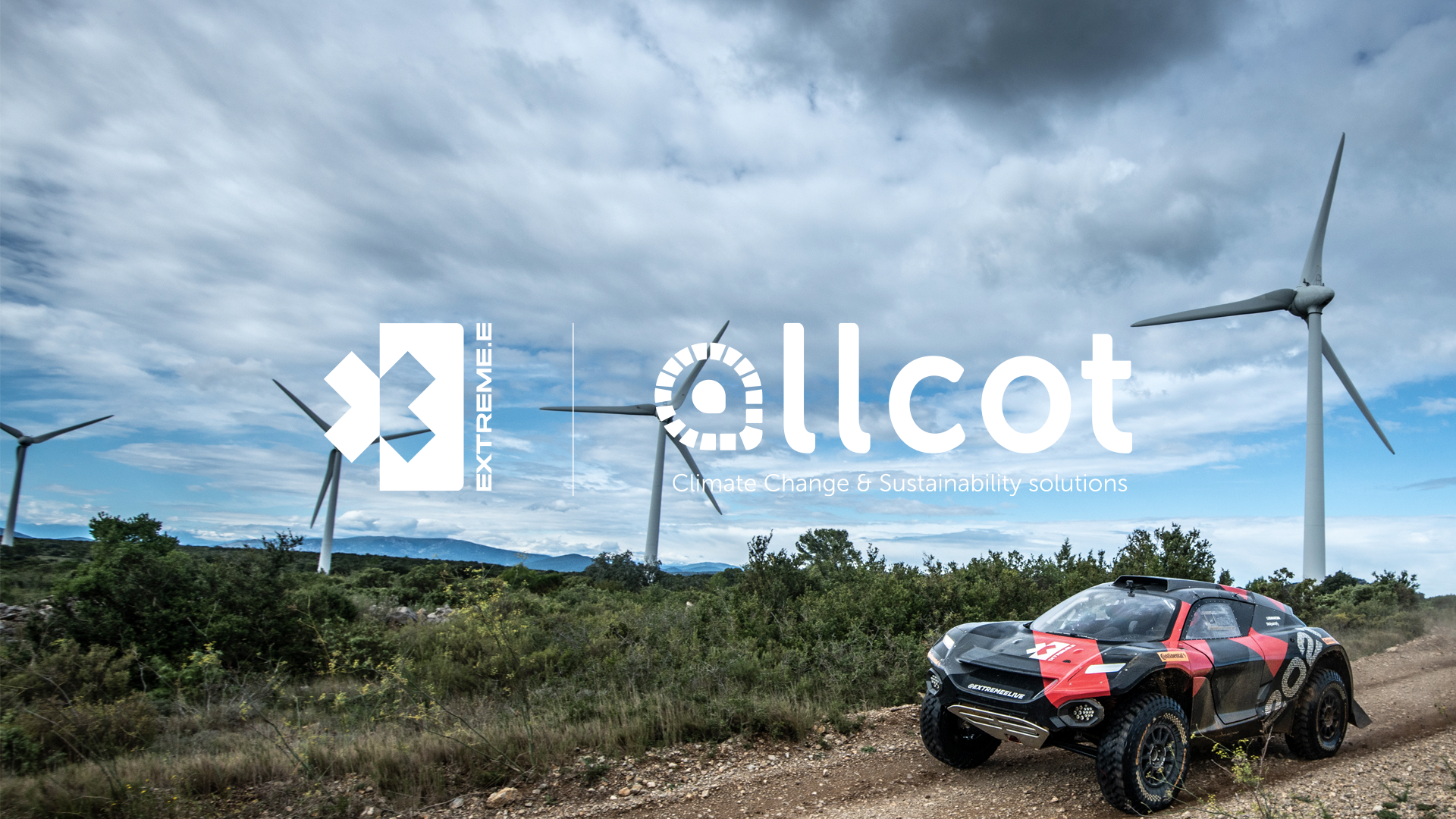 Extreme E, the electric off-road racing series, has extended its partnership with ALLCOT, a world-leader in carbon offsetting and sustainability initiatives.

Extreme E measures, monitors, and manages its carbon footprint and achieved its target of Net Zero carbon status at the end of its first Season. The partnership with ALLCOT allows Extreme E to continue to offset for the inevitable emissions, selecting environment credits from ALLCOT’s Carbon Projects portfolio.

Extreme E and ALLCOT agreed to extend their joint commitment to drive the sustainability agenda, and continue to ensure the Net Zero goal remains at the centre of its mission in this second season.

Ali Russell, Chief Marketing Officer, at Extreme E, commented: “Our zero-emission sustainability strategy is at the heart of what we do here at Extreme E, so we’re delighted to be working with ALLCOT for Season 2. Together, we will ensure Extreme E continues to have a zero net carbon output at the end of each racing Season.

“Extreme E achieved its goal of a zero-net carbon footprint by minimising its impact wherever possible, measuring our overall carbon footprint, and offsetting for what could not be avoided the end of its first season with the help of ALLCOT. By delivering impactful projects that empower local communities to reduce emissions and implement sustainable solutions, we are making a difference – and this is just the start of what we can achieve.”

Alexis L. Leroy, Founder and CEO of ALLCOT, commented: “This new agreement between ALLCOT & Extreme E is driven by higher ambitions and leadership. We are thrilled to accompany Extreme E in this journey, and determined to create together a new paradigm towards the 2030 Agenda and the race to Net Zero”.

Working with organisations like ALLCOT ensures Extreme E is supporting and investing in the right projects with the biggest impact on the environment and its local communities. Having got underway in February this year in NEOM, Saudi Arabia, Extreme E visits environments damaged or affected by climate and environmental issues around the world, including desert, ocean, island wildfire and deforestation. Inspiring its global audience to take action now, and leaving a lasting positive impact is a key element of the series. Extreme E supports many of the Sustainable Development Goals, including:

ALLCOT participates in the adaptation and mitigation of climate change around the world by developing projects in a variety of regions. ALLCOT offers knowledge, experience, and management across 59 projects in 16 countries to actively combat the climate crisis under Article 6 of the Paris Agreement in alignment with the 2030 Agenda and its 17 Sustainable Development Goals (SDGs).

The REDD+ Sur del Meta Project, which aims to reduce deforestation in the department of Meta, in Colombia, is a great example of an ALLCOT project that contributes to the mitigation of climate change while also benefiting more than 1.200 farmers by promoting sustainable development actions. The Senegal West Africa Mangrove Programme aims the restoration and conservation of the mangroves in two deltas in Senegal currently degraded in order to use these ecosystems to adapt the coastline of Senegal to the climate change.  Blue carbon initiatives such as the projects developed by ALLCOT provide sustainable development by providing permanent and temporary employment to local populations as well as economic and social benefits.

ALLCOT is aligned with the United Nations program Sport for Climate for Action, of which Extreme E is a signatory, which supports and guides sports actors in achieving global climate change goals. ALLCOT supports Extreme E in advancing their Net Zero programme towards carbon neutrality, based on the three pillars of measuring, reducing, and offsetting their carbon footprint. Through environmental credits, ALLCOT drives a leading climate agenda, creating strong alliances and engagement in the carbon neutral journey.