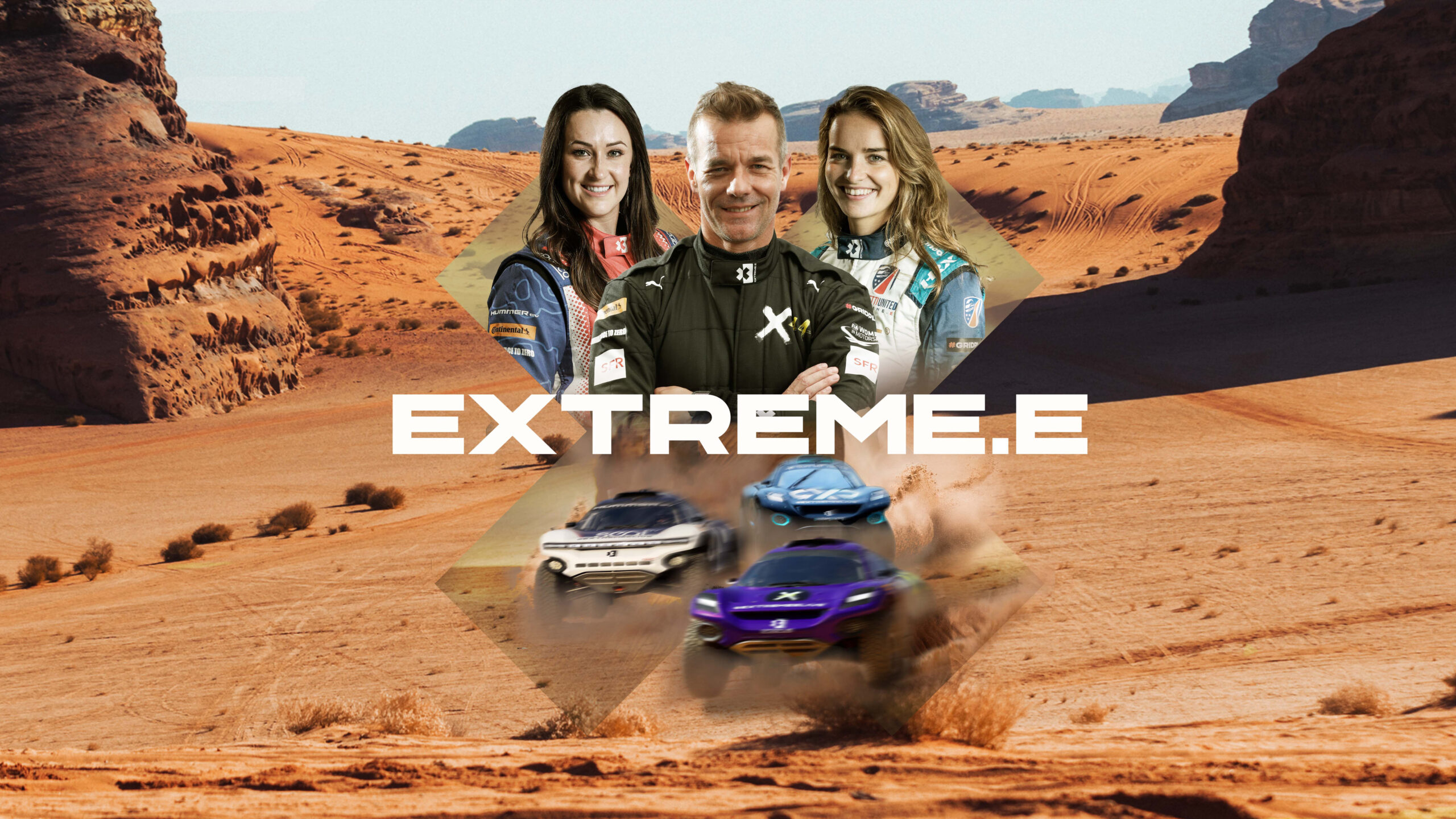 As Extreme E continues to draw breath after a climactic end to Season 1, plans are well underway for the Season 2 opener, which begins in the deserts of NEOM, Saudi Arabia’s giga-project featuring cognitive cities and a premier visitor destination and inspirational location for all adventure sports, with its expansive red sands, spectacular sandstone formations and historic wall art from civilisations millennia ago.

Saudi Arabia is committed to world-leading investment in sustainable technologies and protecting its unique natural resources. Vision 2030 focuses on reducing the dependence on fossil fuels and includes a highly ambitious deployment plan of renewable energies, particularly solar and wind. The opportunity to host Extreme E, where male and female drivers use electric SUVs, supports NEOM’s vision of building a high-performance ecosystem to attract the world’s best events and athletes, while using sport to drive sustainability and diversity, creating positive social impact.

NEOM aims to become a global adventure sports hub using sports tech and innovation, maximising the region’s breathtaking adventure sports landscape with a strong emphasis on sustainability. The sport infrastructure in NEOM will include the broadest spectrum of sports, from grassroots to high performance. In addition, NEOM’s sport ambitions include a strong focus on environmental conservation in line with the project’s plans to preserve 95% of its natural environment.

Extreme E’s five-race global voyage will continue to highlight the impact of climate change and human interference in some of the most remarkable, remote locations in the world and promote the adoption of electric vehicles in the fight to help preserve the environment and protect the planet.

HRH Prince Khalid Bin Sultan Al-Abdullah Al- Faisal, Chairman of the Saudi Automobile and Motorcycle federation and the Saudi Motorsports Company, said: “The return of Extreme E to the Kingdom for the second year in a row further helps emphasize Saudi Arabia’s commitment to a more sustainable future. Welcoming this revolutionary series to Neom aligns with one of the most important goals and pillars of Vision 2030 as well as the personal aspirations of HRH the Crown Prince Mohammad Bin Salman, to make the Kingdom a leading country in the development and promotion of alternative energy sources and the preservation of the environment for future generations.

“This next instalment of the Extreme E race is further proof of the Kingdom’s transformation into a powerhouse for motorsport in the region, the event taking place shortly after the conclusion of another successful Dakar Rally at the start of this year further underlines this. Additionally, we have just hosted our inaugural F1 Grand Prix on the newest, longest, and fastest street circuit in the world. We now look forward with great excitement to continuing this run of successes with the return of Extreme E next month.”

Nadhmi Al-Nasr, NEOM’s CEO, said: “NEOM has made no secret of its desire to promote sustainability and raise awareness around some of the world’s most pressing challenges, such as climate change and nature conservation. We feel hosting an innovative racing event such as Extreme E in a region dedicated to pioneering clean technology and mobility solutions perfectly manifests our goals. In keeping with our approach to encouraging talent development and diversity, we are delighted to welcome the drivers, both male and female, the Extreme E team, and leading experts to NEOM. Sport is an important sector for NEOM and will be key in creating a new form of livability and driving economic growth. In particular, adventure sport offerings will be a major contributor to the visitor economy.”

Alejandro Agag, CEO and Founder of Extreme E, said: “Taking the championship to NEOM for our desert location will be an exciting moment, as NEOM’s long-term plans are very much in keeping with the ethos of Extreme E – it is attempting to do something that’s never been done before and comes at a time when the world needs fresh thinking and new solutions.”

Covering a 26,500-square-kilometre area in northwest Saudi Arabia, NEOM is being built from the ground up, introducing a new model for urban sustainability, powered by 100% renewable energy. NEOM’s unparalleled wind and solar energy profiles provide an ideal environment for developing renewable energy projects, utilising green technology in building water capabilities and maximising usage efficiency. Clean energy and clean water in NEOM are driving components for the world’s most ambitious project, leading the next wave of energy transition, with plans underway for large-scale production of green hydrogen (H2) at competitive costs. Located in a region with abundant renewable energy resources, NEOM’s sports ambitions, tied to all aspects of clean energy, are set to reshape the future of several performance sports.

NEOM aims to become a launchpad for the latest in adventure sports that are sustainable and fully adaptive while also leveraging natural environments through personalised adventure sports experiences and educating audiences on environmental awareness. NEOM will create a regional hub for sports tech and innovation and believes its high-performance ecosystem will attract the world’s best events and athletes.

The organisation of the race in NEOM further complements its vision of building a sustainable ecosystem and using sport as well as other sectors to advance sustainability and diversity. It is also aligned with NEOM’s goals of being a global hub for adventure sports and attracting global sporting events.

Agag went on to say: “As we saw in our first-ever championship race, the Kingdom’s terrain is stunning and unforgiving. The desertscape promises to be intense, and it will be an unprecedented challenge for our competitors to explore in a new desert terrain with warmer racing conditions.”

NEOM’s unique geographical location in northwest Saudi Arabia is home to diverse terrains including long beaches, valleys, and deserts cradled by mountains as well as cool winds from the Red Sea. Its diverse terrain includes 468 kilometres of coastline, spectacular islands, and scenic, snowcapped mountains that reach more than 2,500 metres with stunning views across the Gulf of Aqaba and the Red Sea.