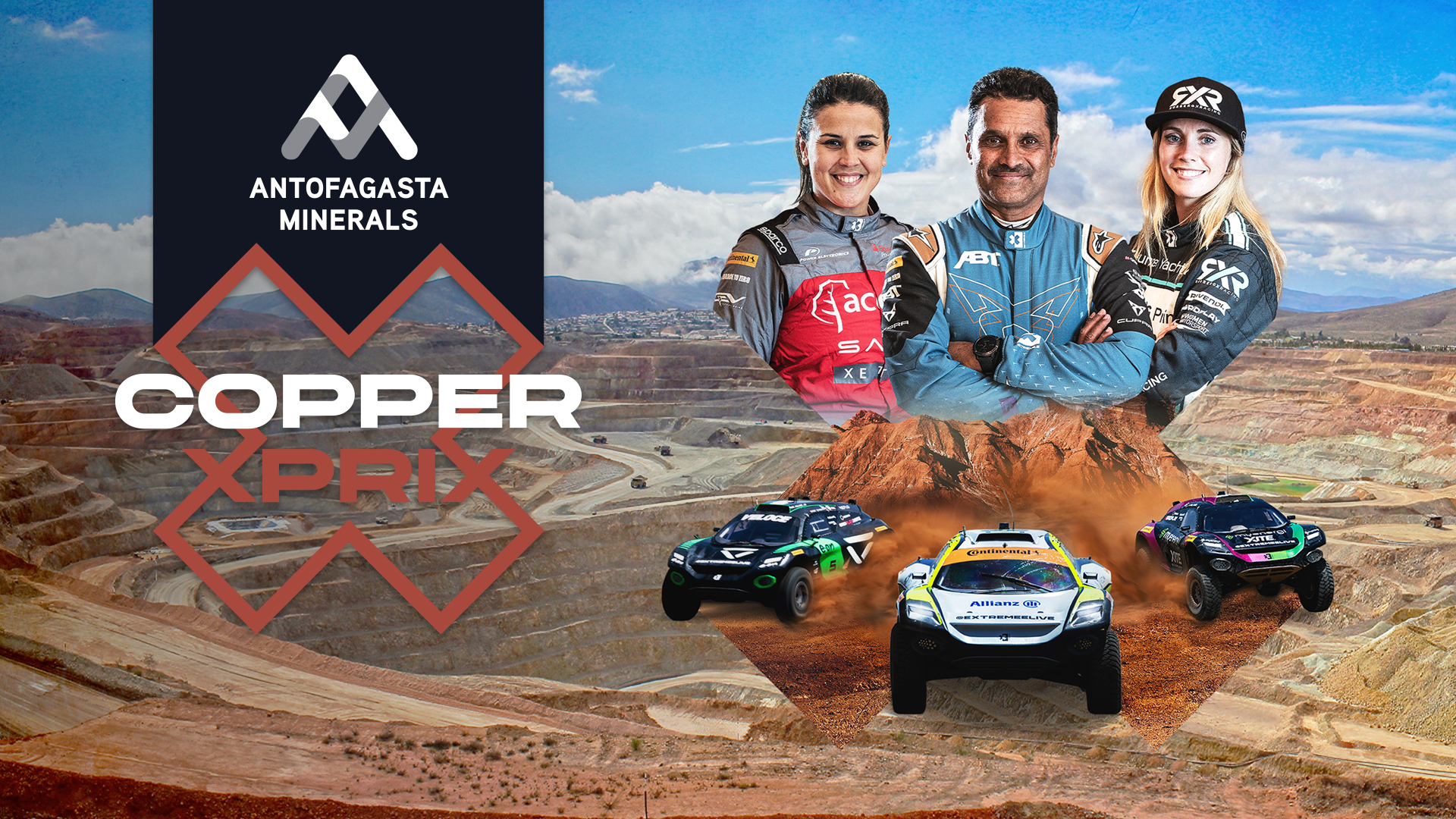 The MPA team is preparing for its next Extreme E race event, as the electric off-road racing series gets ready for its inaugural Chilean X Prix in exactly one month with MPA managing all things media and PR for the championship.

Check out the latest news from Extreme E below…

Extreme E is counting down to its Chilean debut, with the Antofagasta Minerals Copper X Prix taking place in a month’s time (24-25 September) in Antofagasta.

The Championship is already familiar with South America thanks to its extensive Legacy Programme in the Amazon, however the visit to Chile will mark the sport for purpose series’ first race on the continent.

Situated north of the capital, Santiago, the city of Antofagasta is closely linked with mining activity. Since the mid-19thCentury, copper mining has dominated the focus of the area, but more recently has shifted towards one of innovative and sustainable mining.

Antofagasta Minerals and its Centinela operation, Extreme E’s hosts for the Antofagasta Minerals Copper X Prix, are on a mission to develop mining for a better future and will use the event to showcase their innovative, sustainable and inclusive methods which are transforming this crucial industry.

Alejandro Agag, CEO and Founder of Extreme E, said: “Taking Extreme E to Chile will be an exciting moment for all of us.

“As a global Championship, it is important to be going to all continents to highlight the scale and variety of climate issues that people around the world are facing, so I’m delighted we are finally getting to visit South America this season.”

As a copper producer, Antofagasta Minerals can contribute by sustainably and responsibly supplying a metal that is essential for low-carbon technologies such as the generation of renewable electricity and electromobility. It is also essential in decontaminating our cities and contributing to meet decarbonisation goals around the world.

Iván Arriagada, CEO of Antofagasta Minerals, said: “We are pleased to sponsor the Copper X Prix in Chile given our own goals which include reducing emissions, using water sustainably, promoting a cleaner and better future, and finding alternative fuels that won’t contaminate. As the world’s largest copper producer, Chile is poised to contribute to combating climate change globally.

“In addition, we share with the championship a diversity and inclusion outlook, as we as a company are hiring more women, and almost 18 per cent of our labourforce is female, well above the national average for the local mining industry.”

Having reduced greenhouse gas (GHG) emissions by 580,000 tonnes of carbon dioxide equivalent by the end of 2020, Antofagasta has set a new shorter-term target of a 30 per cent reduction in emissions by 2025 compared to 2020. Additionally, all four of Antofagasta Minerals’ mining operations have used 100 per cent renewable energy since April 2022.

According to the group’s own calculations, in 2021 two-thirds of its GHG emissions from diesel combustion were attributable to mine haulage trucks. In response, Antofagasta is leading in Chile with a pilot scheme to advance the use of hydrogen in large mining equipment, and the use of green hydrogen similarly lies at the heart of Extreme E’s operation.

All of Antofagasta’s mining operations are situated in areas potentially impacted by climate change, including the Atacama desert, making the sustainable management of water in the mining industry essential. The Group is a pioneer in the use of raw sea water in the Chilean mining industry and is now building a desalination plant at its Los Pelambres operation. It anticipates that raw or desalinated seawater and recycled water will account for 90% of the Group’s mining operations’ consumption by 2025.

Agag added: “Antofagasta Minerals’ long-term plans regarding the mining industry, both locally and internationally, align perfectly with the ethos of Extreme E. They are attempting things in the name of sustainability that have never been done in the sector before and these innovations come at a time when the world needs new solutions.”

With the confirmation of Antofagasta, Chile, Extreme E’s global voyage continues to highlight the impact of climate change and human interference in some of the most remarkable, remote locations in the world. Alongside, they promote the adoption of electric vehicles in the fight to help preserve the environment and protect the planet. Details of the series’ local legacy programme is to be revealed soon.

The Antofagasta Minerals Copper X Prix is the fourth round of Extreme E Season 2. The championship is led by last year’s winners Rosberg X Racing, who have won two out of the series’ three X Prix this year.

Nevertheless, there is all to play for and plenty of points up for grabs as Extreme E takes a step into the unknown in Antofagasta.