Onwards and upwards for Veloce Racing 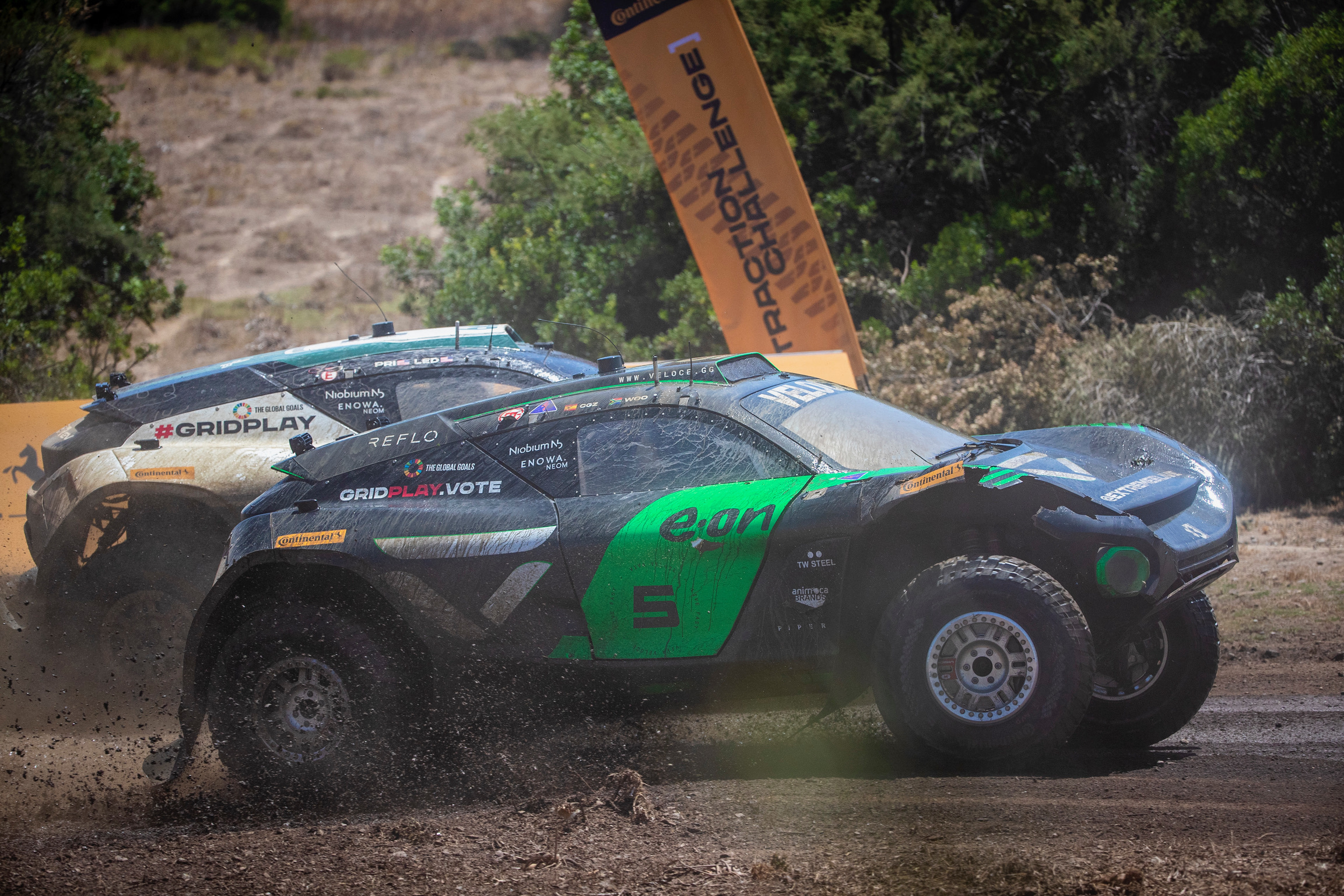 Running in third position during the early stages, Veloce driver Lance Woolridge was faced with a rival car reversing back onto the racing line immediately in front of him. Woolridge took impressive last-gasp evasive action in order to avoid what would have been a significant accident, but the brakes of the #5 ODYSSEY 21 car were unfortunately damaged as it ran through a cluster of bushes and signage in the heart-stopping incident.

Veloce eventually finished second in the four-car race as Christine GZ nursed the car home, and when stewards decided not to impose a penalty to the offending Ganassi car the British-squad’s challenge was subsequently ended.

Playing catch-up from the outset when a bout of sickness for Woolridge was followed by broken suspension in the opening qualifying session, Veloce Racing bounced back in style on Wednesday.

A good run in the five-car Q2 race saw GZ make a blistering start, where she got the better of the JBXE car off-the-line. As the lead female in the race, GZ handed over to Woolridge in third position and the South African immediately got by the McLaren XE machine and into second.

Woolridge kept the leading ACCIONA Sainz car honest throughout, whilst pulling clear of McLaren until the finish. Eventually crossing the line second on the road, Veloce would receive a post-race penalty for speeding in the pitlane, although their participation in the Crazy Race was already confirmed.

With yesterday’s Crazy Race ultimately ending in frustration, attentions immediately turn to the second part of the Sardinian Extreme E double-header with Woolridge, GZ and the rest of the Veloce Racing squad targeting a strong result at the weekend (9/10 July).

Lance Woolridge, Driver, Veloce Racing, said: “It was obviously frustrating to see the car reversing on track towards me, which we had to avoid, and in doing so we lost the brakes. I had half a lap with the issue and then Christine had a full lap where she could only use the handbrake, so we clearly lost a lot of time there. Our pace on Wednesday was good and we were able to show some of our potential, so we are looking to forward to the second event at the weekend.”

Christine GZ, Driver, Veloce Racing, said: “We were obviously hoping to do well but things out of our control meant we were not able to show our true pace. It was a tough day for us, particularly with some of the incidents that took place, but we are looking forward to regroup ahead of the weekend. Consistency is key and if we get the right results during qualifying on Saturday then that will set us up well for the rest of the event.”

Daniel Bailey, CEO, Veloce Racing, said: “Naturally, we are disappointed with the outcome from the Crazy Race and the subsequent decision by the stewards. Over the course of the week so far, we have shown solid pace and we need to ensure all the ingredients are in place for a positive result this weekend. Despite the frustration, both Lance and Christine have been in good form and the spirit among the team is extremely high – bring on the weekend.”