Road to the World Cup begins for Dania Akeel 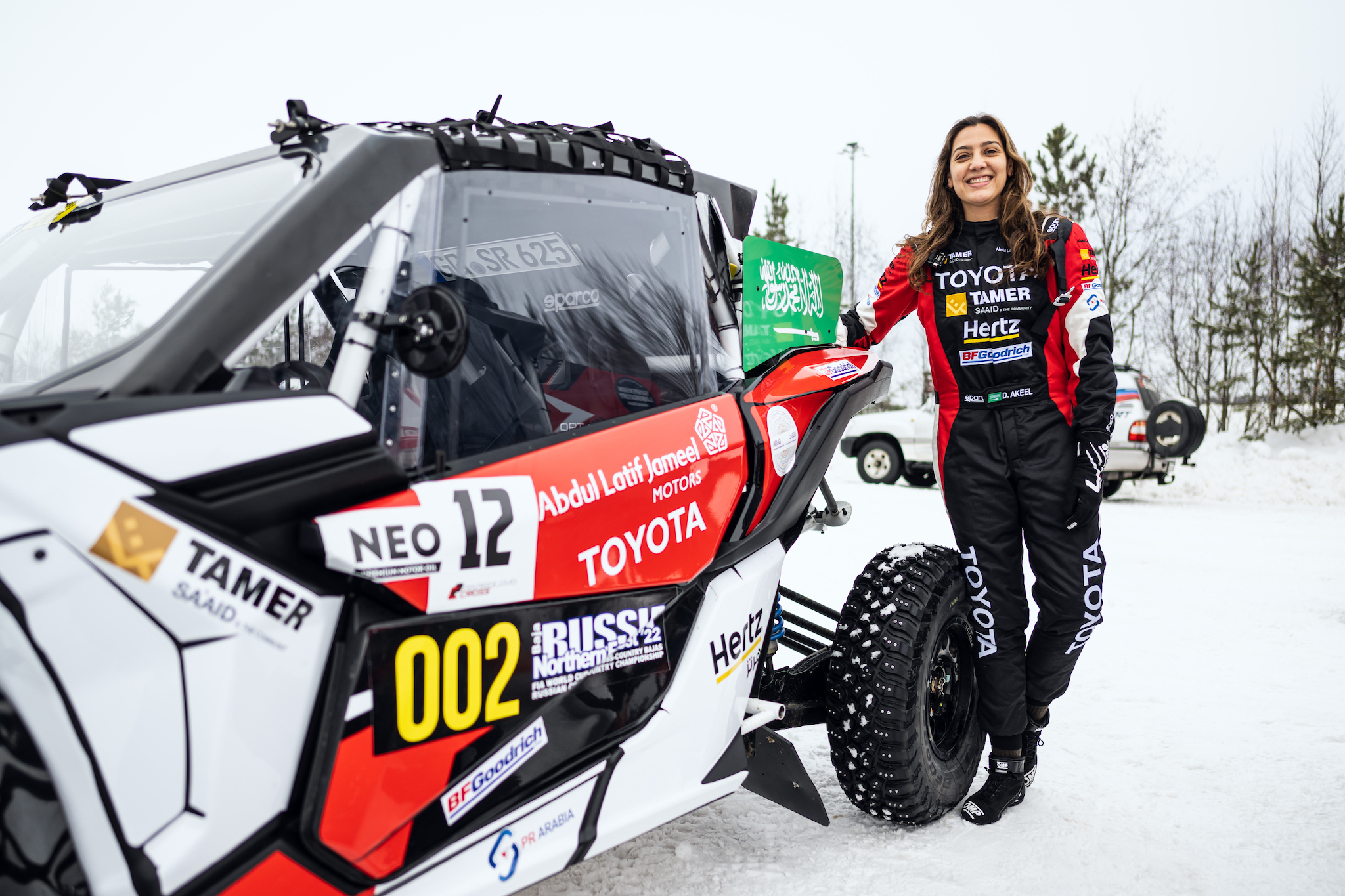 Dania Akeel will commence her 2022 FIA World Cup for Cross-Country Bajas season this weekend (11-13 February) with the opening round of the eight-event season taking place in Russia.

The 33-year-old is fresh from a hugely impressive debut outing in the renowned Dakar Rally last month, where the talented racer finished eighth in the T3 class, which followed her World Cup-winning success in the same class during the FIA World Cup for Cross-Country Bajas last year.

Now, Akeel is looking to develop her skills and credentials even further as she lines up for South Racing, alongside experienced French co-pilot Laurent Lichtleuchter, with the duo set to take on the established Northern Forest Baja in Russia.

The cross-country rally has a long history and will celebrate its 18th birthday in the Leningrad Region this weekend, in what is likely to be the only snow and ice cross-country event on the prestigious calendar, which will tour Europe and the Middle East throughout the year.

Post-Russia the series will move on to Jordan the following weekend, before the schedule takes in the likes of Italy, Spain, Poland and Portugal. The Saudi Baja takes place in Akeel’s homeland during November, before the season concludes in Dubai in December.

Akeel has signed a multi-year title sponsor partnership with ALJ Toyota and will also be supported by Tamer, Hertz and BF Goodrich during her 2022 FIA World Cup for Cross-Country Bajas campaign.

Dania Akeel said: “I am really looking forward to the start of the season and the FIA World Cup for Cross-Country Bajas. I am going to take this opportunity to improve my driving skills further as each event takes place in different terrains and different countries.

“It will be really interesting to go from the sand of Dakar to the snow of Russia this weekend! This will be my first ever competition in the snow and it should be a great experience, although I am sure there will be lots to learn.

“I am delighted to be driving with South Racing, using its local team arm for this particular event, and I’m excited to be racing alongside Laurent Lichtleuchter as we know each other quite well now.

“I would like to thank my partners at ALJ Toyota, Tamer, Hertz and BF Goodrich, as this challenge would not be possible without their support. I am looking forward to the season ahead and wishing the best for all.”