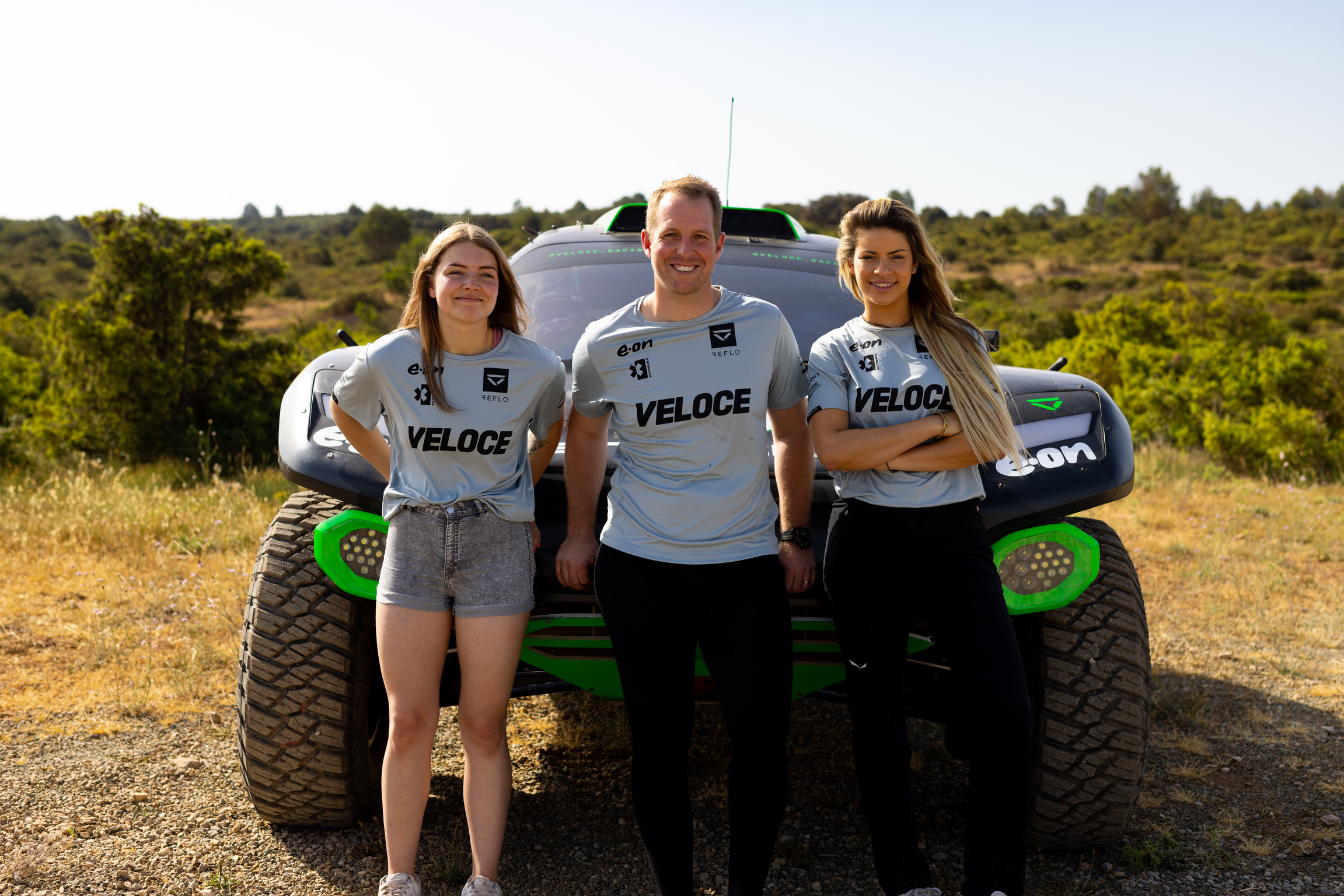 MPA Communications Director Simon Melluish headed to the South of France with Veloce Racing last week to provide media support for the Extreme E team during a three-day testing session.

Not only was Veloce putting in the mileage in preparation for competition but, thanks to MPA, the team was joined by both EVO Magazine and the UK television programme Fifth Gear, the latter giving two-time British Touring Car Champion Jason Plato the extremely rare opportunity to drive the Veloce Racing ODYSSEY 21.

Find out what the team had to say after testing below…

Veloce Racing enjoyed a successful test over three days in Fontjoncouse, France, last week (16-18 June) as the UK-based squad prepares for the resumption of the Extreme E season.

Christine GZ and Lance Woolridge – joined by Reserve Driver Hedda Hosås – put the kilometres on the clock of the team’s newly-updated ODYSSEY 21, taking in the rough and rocky terrain amid sweltering conditions.

The Extreme E season gets back underway in Sardinia, Italy, next month (6-10 July) for an all-important double-header as Veloce looks to bounce back from an eventful curtain-raiser in Saudi Arabia earlier this year.

Following her accident in NEOM, GZ has undergone surgery as well as worked her way back to full fitness, with this test being a significant milestone in her recovery.

Having been passed fit earlier in the week, GZ and the car ran flawlessly in France, and the 28-year-old declared herself ‘delighted’ with the test.

Not only was Veloce putting in the mileage in preparation for competition but, thanks to MPA, the team was joined by both EVO Magazine and the UK television programme Fifth Gear, the latter giving two-time British Touring Car Champion Jason Plato the extremely rare opportunity to drive the Veloce Racing ODYSSEY 21.

The squad now makes its way to Italy for Rounds 2 and 3 of the Extreme E campaign, before the season concludes with visits to Chile and Uruguay.

Christine GZ, Driver, Veloce Racing said: “I am delighted. It was great to get back in the car and be with everyone at Veloce Racing again. There’s very little test time available in Extreme E so it was important to work through a solid programme of work, which we achieved successfully. Working closely with Lance, Hedda and the rest of the team was key as we look ahead to Sardinia.”

Lance Woolridge, Driver, Veloce Racing said: “This was an extremely productive test for the team. The car felt great and the recent updates have definitely made a significant improvement. We know we have the pace, but now it’s about bringing it all together consistently, so we’re really looking forward to getting back to business in Sardinia next month.”

Daniel Bailey, CEO, Veloce Racing added: “It was great to have everyone together again and for our drivers to spend significant time in the car in Fontjoncouse, particularly following the recent updates made to the ODYSSEY 21. Things have gone really well and we’re greatly looking forward to the remainder of the Extreme E season.”