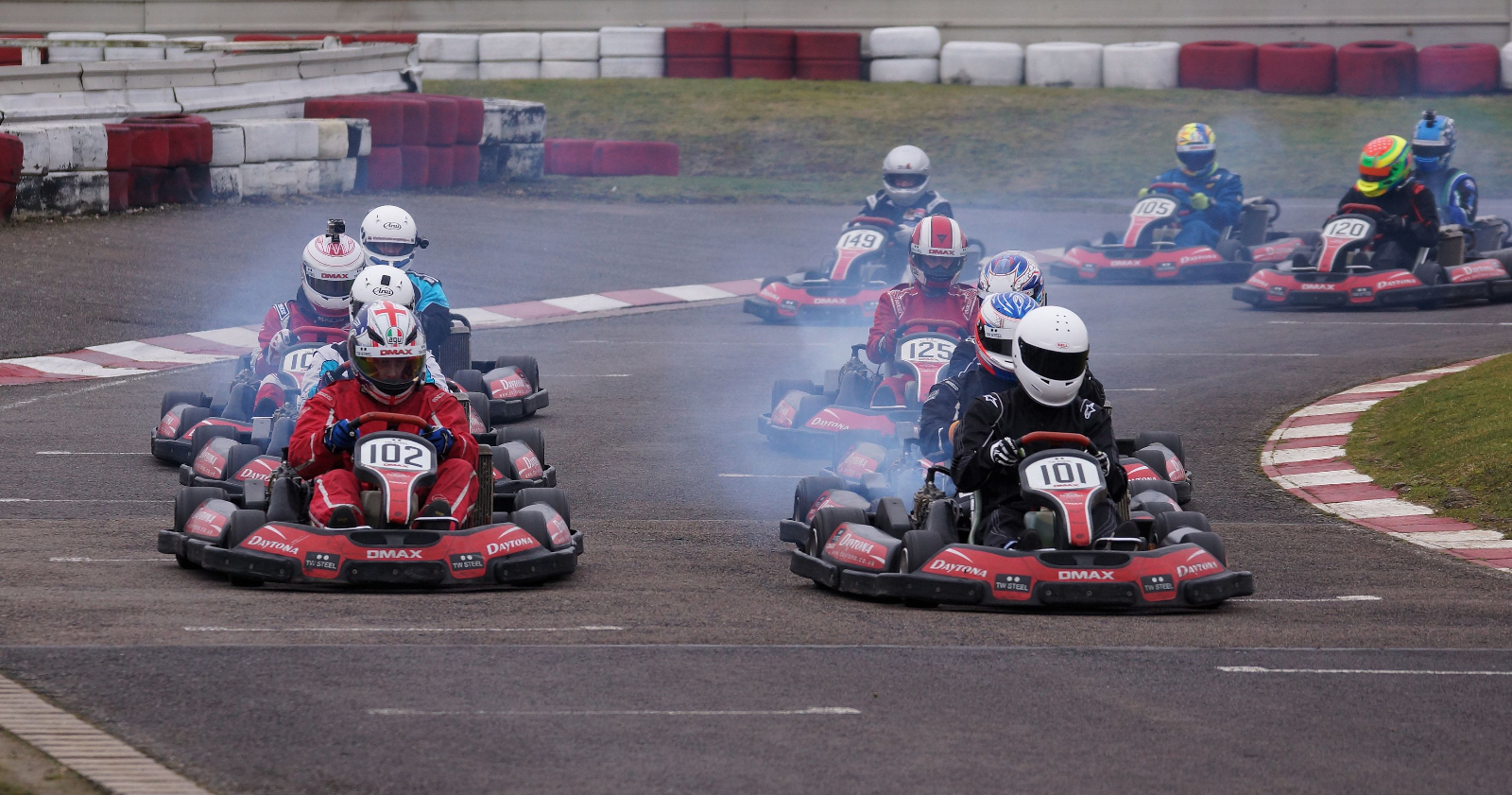 The UK’s most exciting hire-kart Series, the TW Steel Daytona Motorsport Championship, roared off of the grid for the start of the 2015 season at Daytona Milton Keynes last Sunday (15 February). This much awaited first race of the new season saw a staggering 130 of the UK’s most competitive drivers push it to the limit at Daytona’s challenging 1360m International Circuit in the country’s fastest professional hire karts.

Now entering it’s seventh consecutive season,  2015’s  opening round proved exactly why this unique Championship is at the top of its game  – Round One witnessed six breath-taking races, four separate winners and just 0.082 separating first and second place in the Inters  Endurance.

TW Steel DMAX Series Director, Jim Graham, says, “I was delighted to see 130 drivers enter the first round of the 2015 Championships – and even more delighted to see some of the closest qualifying and racing ever!”

He continues, “With just 0.133 seconds separating the top seven drivers in the Inter Endurance qualifying – and just 0.082 seconds splitting the top two after an hours racing, TW Steel Dmax 2015 is going to be our most competitive year yet!

TW Steel DMAX series rookie, Adrian Holder, says,  “My first TW Steel DMAX race was an amazing experience. Firstly the day was organised so well, I really have to say thanks to everyone at Daytona Motorsport who worked so hard to make sure everything ran smoothly. I was really amazed at how many races and drivers they managed to get on track and they had it all running on time.”

He continues, “I was really impressed with how much value for money you get! If you booked into the Heats for a round you would certainly feel like you got a lot of track time and a lot of adrenalin for your money. Every time I got on track I was blown away by how intense it was, the racing was full on and absolutely amazing!”

Daytona Motorsport would like to congratulate the following winners:

Full race reports and results can be viewed here

Round Two of the TW Steel DMAX Championship takes place at Daytona Sandown Park on 15 March where Daytona Motorsport will unveil a fleet of 50 brand new DMAX karts with the new 2015  Rotax Max Evo engines. During the coming weeks, Daytona’s engineering team will be preparing the new fleet which will be ready to roll for the second DMAX  round series at the Esher venue.

Those wanting to take part in the TW Steel DMAX Championship are strongly advised to register soon as places on the grid are filling up fast. Registrations can either be made via contacting Daytona Motorsport on 033 033 27870 or by emailing mark.wimblett@daytona.co.uk.