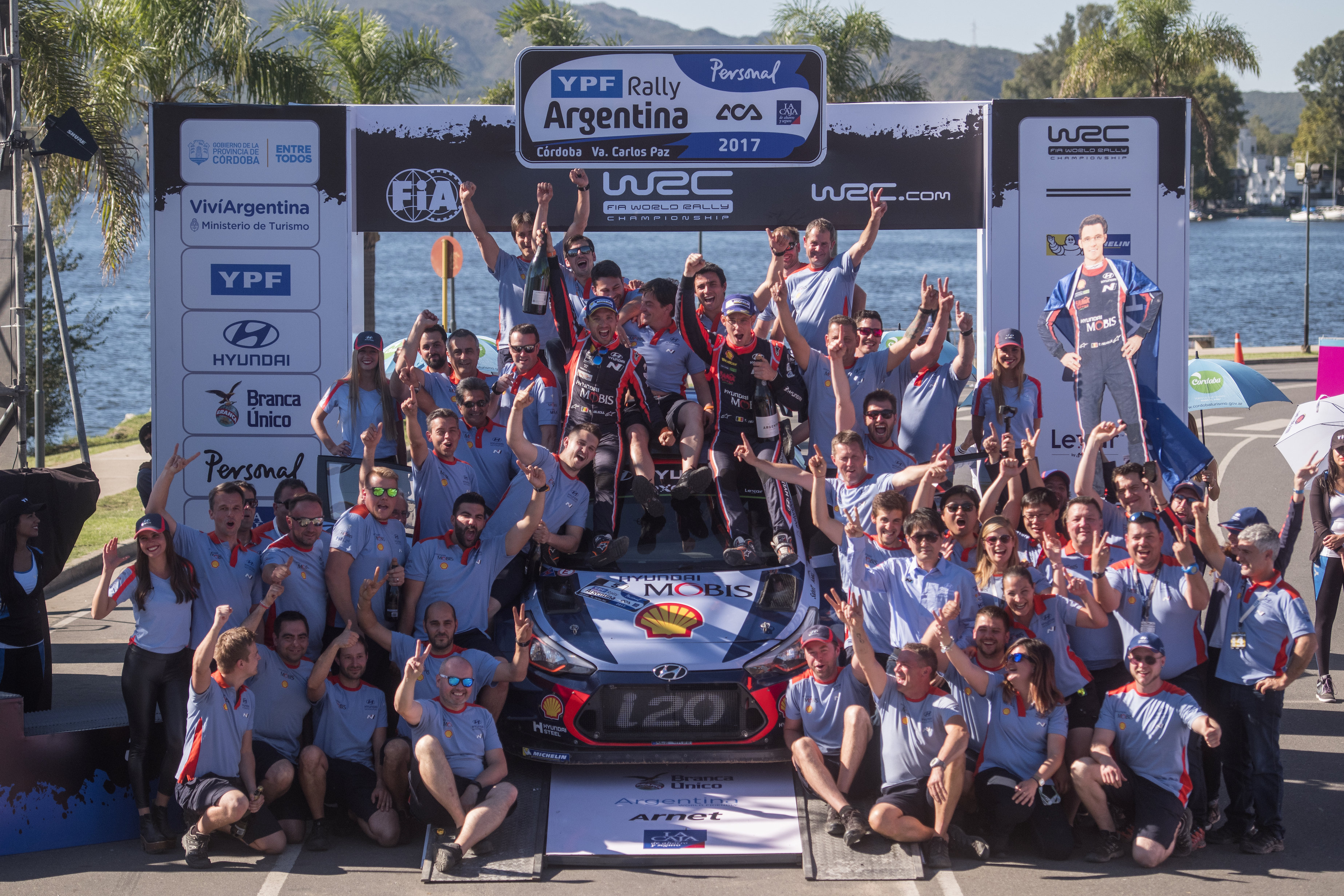 Rally Argentina had it all: more twists than The Da Vinci Code, gravel roads rougher than the bottom of the Grand Canyon, and a spectacular finish tenser than a violin bow, with Hyundai driver Thierry Neuville winning by less than a second from Ford privateer Elfyn Evans on the final stage.

Belgian Neuville edged out longtime leader Evans by just 0.7sec in a pulsating final speed test on Sunday when the Welshman clipped a bridge, ending his dreams of a maiden victory. Only two rounds have been decided by a smaller margin in the WRC’s 45-year history.

The Hyundai i20 Coupe driver trailed Evans by 11.5sec heading into the last leg of the four-day dirt road encounter. Brake problems for Evans and a fierce Neuville attack sent the pair into the final 16.32km test at the famous El Condor separated by just 0.6sec.

Both drivers threw caution to the wind on the rough mountain tracks, and early split times showed Evans more than three seconds ahead. But as his grip lessened near the finish, the Welshman’s Ford Fiesta swiped a bridge, handing Neuville a second consecutive win.

“Watching that was the worst time in my life,” said Neuville, after viewing Evans’ run from the finish. “I gave it everything I had, but I didn’t have the best tyres because I had been pushing hard for two stages already.”

An emotional Evans, who led by more than a minute on Saturday, said: “I’m gutted to lose by such a fine margin after so many issues. I hit a bridge and that was probably the difference. It’s difficult to take now after holding such a big lead, but part of it is my own doing and I need to come back stronger to win in the future.”

Ott Tänak’s patient strategy paid off as he steered clear of trouble and thrived on the smoother weekend roads to finish third in another Fiesta, a further 29.2sec back.

Reigning champion Sébastien Ogier made it three M-Sport World Rally Team cars in the top four, and the Frenchman increased his championship lead to 16 points after five of 13 rounds. He was almost a minute adrift of Tänak.

After Kris Meeke crashed out of second place, Jari-Matti Latvala was Evans’ closest challenger early on, but the Finn slipped back to finish fifth in his Toyota Yaris. Broken power steering completed a torrid weekend for Hayden Paddon, who claimed his maiden win in Argentina 12 months ago. He was sixth.

Red Bull TV was there to cover it all, fronted as always by presenter Mike Chen.

Mike has been around a bit when it comes to the World Rally Championship: in fact, he’s even given rally driving a go himself competing on last year’s Dayinsure Wales Rally GB. So he knows a good WRC driver when he sees one – although apparently, he’s not about to give up his day job quite yet.

Here are Mike’s top five drivers on Rally Argentina: the toughest and most unpredictable event of the year so far.

Catch all the highlights of Rally Argentina on Red Bull TV to see why Mike has made his choices. All the programmes from Rally Argentina are available on demand, meaning you can catch up with the WRC action whenever suits you. Hasta la vista!

The WRC championship continues with round six, Vodafone Rally de Portugal based in Matosinhos, near Porto, on 18-21 May.