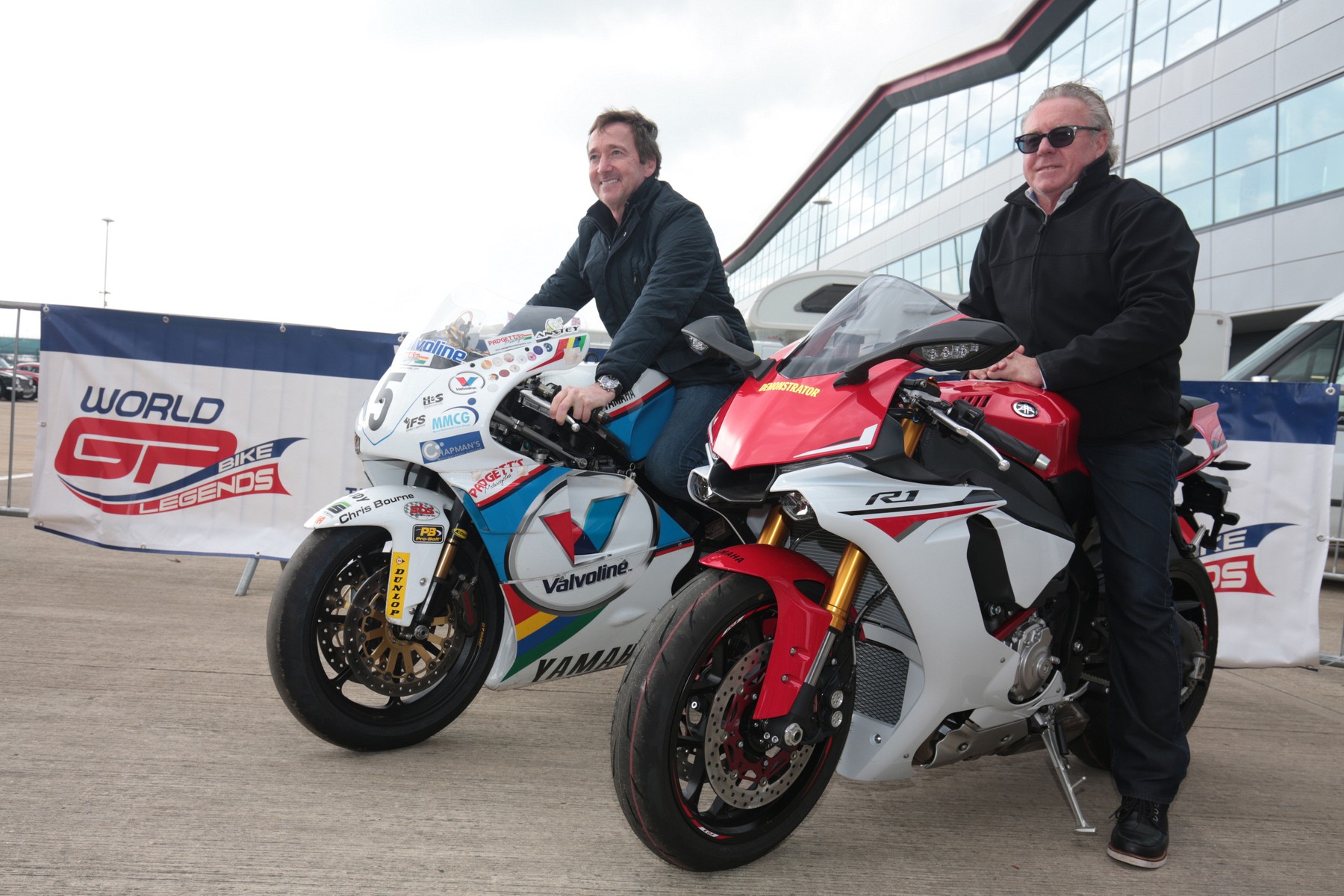 Following the hugely successful events at Jerez in 2015, and the Sachsenring and Silverstone classic events in the Summer of 2016, World GP Bike Legends was pleased to announce its new manufacturer partnership with Yamaha YME on 23rd March at the legendary Silverstone Circuit.

Ex 500cc World Champion Wayne Gardner and ex 250 and 500cc World Champion Freddie Spencer were on hand to do the honours, as was the celebrated Yamaha YZR-500 GP machine along with the new 998cc Yamaha YZF-R1 sportsbike. Both machines will take part in World GP Bike Legends events in the 2017 season.

WGPBL Ambassador, Wayne Gardner, was pleased to make the announcement that Yamaha would work with World GP Bike Legends during the 2017 season. Wayne said “We’ve had an outstanding success with World GP Bike Legends. In three years we’ve gone from an idea to 43 million TV viewers and spectators, and this shows that the fans love their classic bikes and catching up with and talking to the Legend riders. Yamaha is the first of the manufacturers to join us and will be providing their latest sportsbikes for this season.”

While the riders on the World GP Bike Legends circuit will still be seen on the fiery 500cc two-stroke GP bikes of the 1980s and 1990s, the new R1 machines provided by Yamaha this season will allow the riders to race faster and safer with all the noise, spectacle and excitement of 1980s GP racing.

Wayne added, “We’ll still have the classic 500s parading over the weekend, but the races will be with the latest sportsbikes. This will make the racing safer for the riders and allow them to reunite with their brands.”

The R1s provided by Yamaha will be in the classic colours and liveries of the 1980s 500cc GP teams, taking fans back to Grand Prix seasons of the past. The technology associated with Yamaha’s modern sportsbikes will allow the Legend riders to really demonstrate their outstanding ability, as well as adding a new dimension to events.

The first World GP Bike Legends of 2017 will be at the Silverstone Classic on 28-30th July. As the largest classic motor racing festival in the world it attracts more than 100,000 fans over the weekend.

With the increased level of interest from other circuits throughout Europe and worldwide also wishing to host WGPBL, additional events will be announced in the near future.