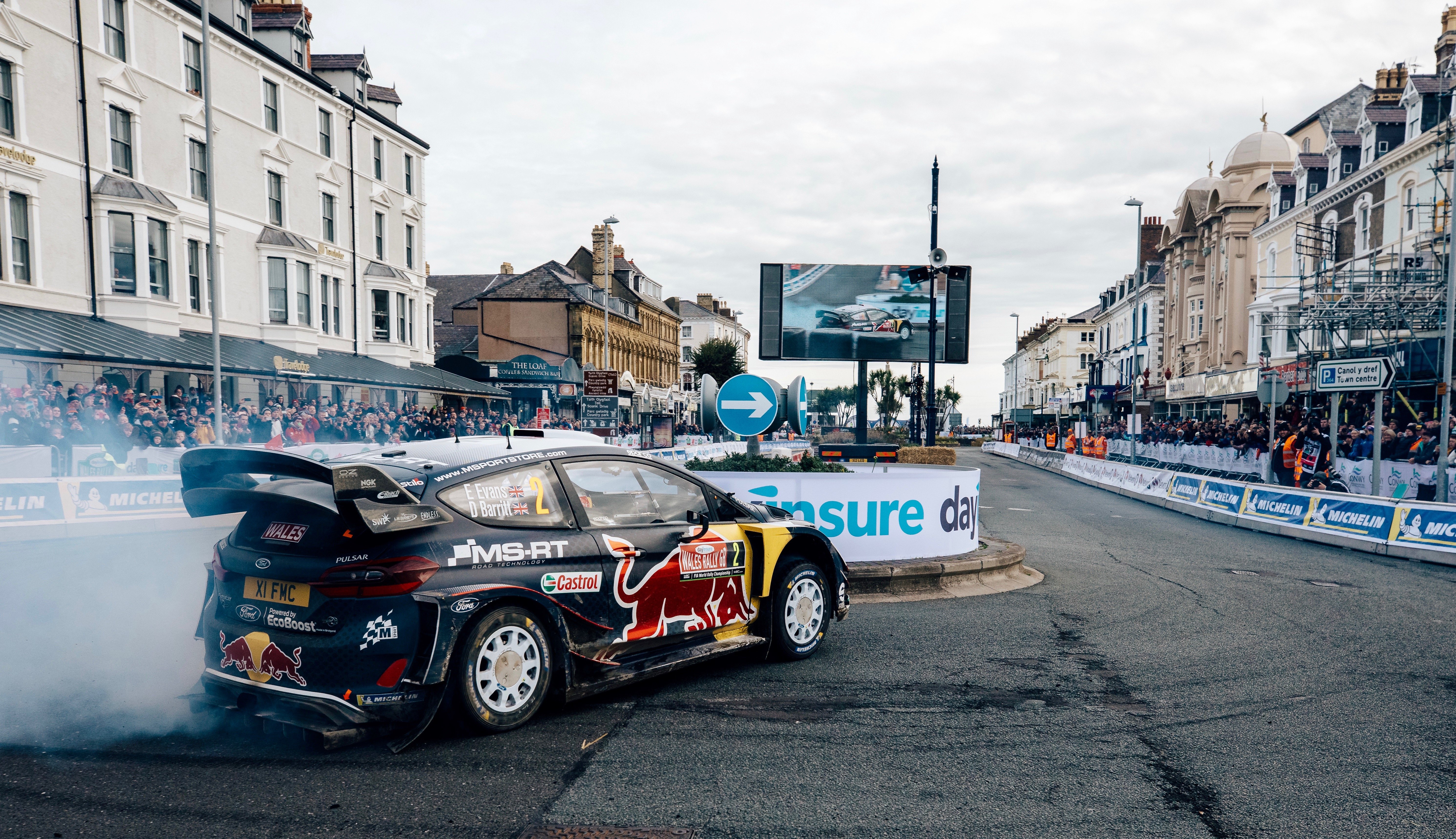 After a dazzling opening night under the spotlights at the Tir Prince Raceway on Thursday evening, Friday’s competitive special stages were based around the testing forests of north Wales. Living up to its ‘Fans’ Friday’ billing, car parks were filled to capacity including at the new speed test at Slate Mountain which drew a great crowd to the popular adrenalin sports and heritage venue located in the shadows of Mount Snowdon.

‘Super Saturday’ then switched the focus to mid Wales and the legendary forests so loved by both drivers and fans. There was drama everywhere in the battles for both the rally and world championship honours, treating the huge crowds to extraordinary entertainment in the glorious Welsh sunshine.

With the lead changing hands with almost every stage, Sunday’s finale was electrifying. Car parks in Snowdonia’s forests were once again full to capacity while thousands more packed into Llandudno for the momentous event’s spectacular conclusion.

For the first time ever, World Championship motor sport was held on British streets. The 380bhp, four-wheel-drive WRC cars raced around the iconic Great Orme headland before bursting onto the town’s roads with an awesome demonstration of speed and car control. As Llandudno entered the history books, so too did reigning world champion Sébastien Ogier, the outstanding Frenchman surpassing past Rally GB heroes Petter Solberg and Hannu Mikkola to become the first driver ever to take five Rally GB victories. It was a remarkable conclusion to a phenomenal sporting showcase.

The plaudits came in thick and fast from around the world, prompted by the stunning pictures of the rally’s climax which showcased the Welsh coastline and countryside to viewers in more than 150 countries.

Competitors, many travelling from as far away as Australia, Bolivia, India and New Zealand to contest what is widely regarded as one of the blue riband rounds on the WRC calendar, were equally effusive in their praise, describing the Welsh stages as ‘challenging’, ‘rewarding’, ‘fun’ and ‘some of the best to be found anywhere in the world’. “We thought 2017 was good, but this year has been truly exceptional,” said Dayinsure Wales Rally GB Managing Director, Ben Taylor. “The competition, the crowds, the excitement and of course the weather all combined to deliver a memorable few days. Llandudno really brought its ‘A’ game on Sunday and looked spectacular, both in reality and on TV, producing exactly the kind of final stage imagery we were looking for.

“But an event of this scale doesn’t simply come together. Very few people will appreciate just how much work goes into making it all happen and I would like to thank everyone that has contributed to this amazing effort over the past 12 months. It is an honour and a very great privilege to lead such a dedicated and committed group of people.

“Finally, we continue to keep young Riley Dexter very much in our thoughts and send him, his family and friends all our strength for his recovery.”