60 OF THE BEST FOR THE BRITISH RALLY CHAMPIONSHIP 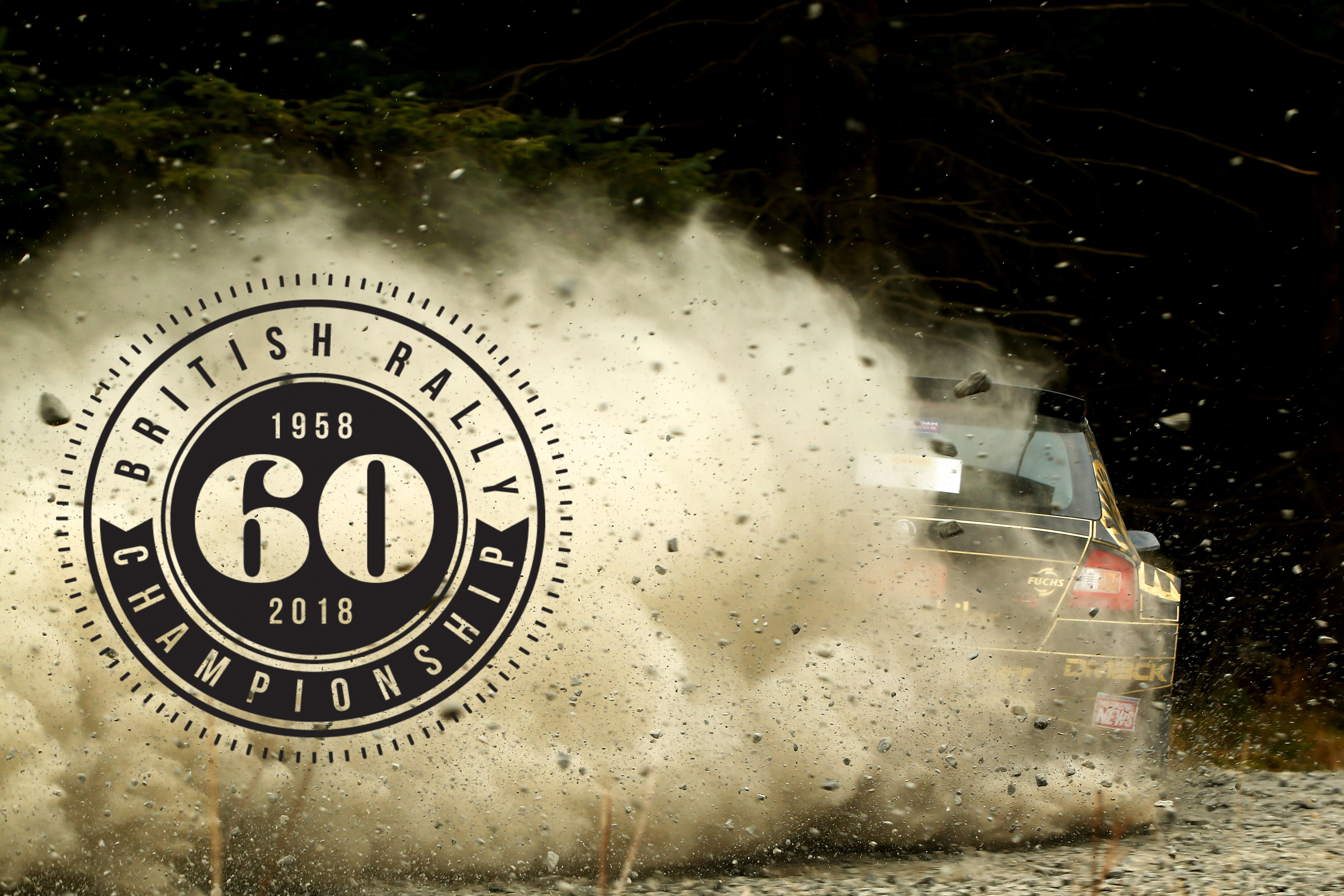 The Prestone MSA British Rally Championship (BRC) will celebrate its Diamond Jubilee with Britain’s premier rallying series turning 60, ahead of what is expected to be another action-packed year.

A new logo will be carried across all official branding in 2018 and several celebrations will take place to mark the significant milestone.

Irishman Keith Cronin claimed his fourth BRC title on the Isle of Man last September by the smallest of margins. With Mikie Galvin expertly guiding, the M-Sport duo snatched victory on the final stage of the season to win the championship by one tenth of a second and one point in a glorious three-way title showdown in the latest state-of-the art R5 rallying machinery.

Rewinding the clock, the series came from humble beginnings with Ron Gouldburn and co-driver Stuart Turner claiming the inaugural title in a Triumph TR3 back in 1958.

“The championship has always been the pinnacle but it certainly has changed so much over the years,” explained Turner. “The cars were standard and not much was done to them to go rallying. In 1958 my driver [Ron Gouldburn] had a problem with his car halfway through the year. He phoned the Triumph dealer and borrowed a TR3 – did the rally and won the event. I brought the car back on the Monday morning and watched it return to the showroom as the sales demonstrator. You can’t get any more standard than that!”

If you continue to flick through the history books it’s clear to see the BRC’s DNA running through rallying’s greatest names. Through the nostalgic Escort era, the Group B super cars and the Group A and WRC space-age machines, such names as Hannu Mikkola, Ari Vatanen, Stig Blomqvist, Colin McRae and Richard Burns all clinched the BRC crown before lifting the FIA World Rally Championship title later in their careers.

“From 1981 to 1995 the McRae name graced the BRC trophy eight times. The first title I won will always be special and Colin’s and Alister’s titles were even more special. The battles with Russell Brookes were really intense – some of his stage times were unbelievable and having that competition really upped everyone’s game.

“Well done to Keith on a fantastic run to the championship last year, but he is getting too bloody close to my five titles!”

“The BRC is a fantastic proving ground for any young driver and I look back at my years in Britain very fondly. The BRC helped to raise the game for Scandinavians and competition in Britain. I am really happy that so many people are enthused about the BRC – the best national rallying series in the world.”

“My year in the BRC with Ari [Vatanen] in 1980 was a great confidence building year. You need proving grounds before you move on to the World Championship and that is the role the BRC plays. The series attracted drivers from all around Europe back then and we are starting to see that again.

“Years later when we started with Subaru in 1990 we knew we were not going to be big in the World Championship – we were a young team with a new car. To have Colin in the team and winning in the British Championship built a team around us and gave us confidence that we could win. Everything gathered momentum from those years in the BRC.”

“The British Rally Championship had always been a proving ground for up-and-coming talent, and it’s great to see the revitalised series getting back to its roots.

“It’s the place to be for any aspiring young driver who wants to make the step-up to international rallying.
“Attracting young talent with its mix of gravel and asphalt rallies, the British Rally Championship really does provide the perfect platform for those looking to develop their skills and make a name for themselves amongst the rallying elite.”

“I was very lucky, as growing up on the Isle of Man we had these great drivers come across to do the Manx and I always dreamed of first of all doing the rally and secondly entering the British Championship. If I was to pick a car, it would be the year in the Stobart Ford Focus, that was an incredible car.

“It’s been fantastic for me, I did my first season in 1989 and it enabled you to do your own recce and go against high level of competition – what you learn in the BRC really provides you with the tools for the World Championship.”

The BRC has also provided the platform for the stars of the present and the future. As well as 2016 champion Elfyn Evans, the BRC has helped to produce some of the current superstars in the world of rallying with Kris Meeke, Jari-Matti Latvala, Craig Breen and co-drivers Seb Marshall, Scott Martin and Daniel Barritt to name but a few, have all cut their teeth in the best domestic championship in the world.

Head of Marketing for Prestone Claire Fenton said: “The British Rally Championship has such a rich history and we are delighted to be on board to celebrate its 60th Anniversary.
“This is Prestone’s second year as headline sponsor and we have some really exciting plans for the season. To mark this special anniversary year we will have our team of ambassadors, motoring journalist Henry Catchpole and young Scottish rally enthusiast Luke Barry, on the ground reporting back with live updates and behind the scenes footage at every stage.

“We have also launched an exclusive range of British Rally Championship clothing and accessories. The range includes limited edition retro t-shirts to mark the 60th anniversary which feature the cars of previous winners and rally legends, Colin McRae and Stig Blomqvist.”

The 2018 series consists of six points-scoring rounds in five territories, as the BRC tours the British Isles, with events in England, Northern Ireland, Isle of Man and a concluding double header on the FIA World Rally Championship round – Dayinsure Wales Rally GB. A trip to Belgium for the classic Ypres Rally provides a popular mid-season overseas adventure.

For further information head to msabrc.com and to view the full range of BRC merchandise, visitwww.prestonebrcshop.co.uk.