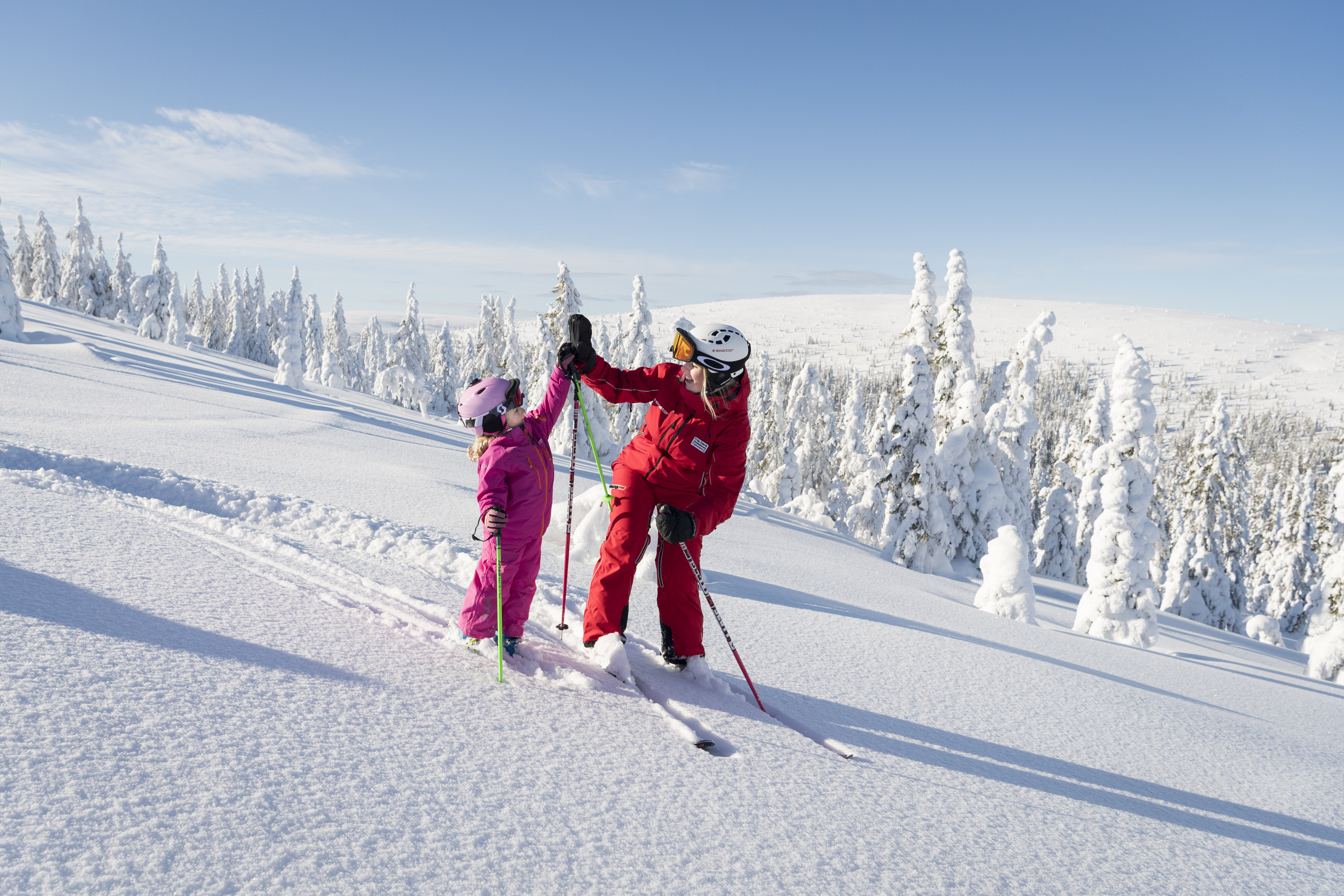 The 2018/19 ski season has been a great success for Scandi ski operator SkiStar, with rising British guest numbers, a prestigious FIS Alpine World Championship event and continued investment. As work continues over summer on Scandinavian Mountains Airport and the exciting development of Hundfjället in Sälen, Sweden, as part of a massive investment in the Salen/Trysil ski area, it’s no wonder that visitor numbers for next season are already up.

A huge investment in Hudfjallet
The Hundfjället ski area in Sälen is well on its way to becoming an international class resort with guests already reaping the benefits of a £8,200,000 investment. In 2018/19, skiers enjoyed the most modern eight-seater express lift in Scandinavia, new slopes and a bigger snow system. Meanwhile, construction is underway of the new 800 bed SkiStar Lodge Hunderfjället, which will offer direct access to the new lifts and access to all Hundfjället’s ski runs from the square.  Only 10 minutes’ drive from Scandinavian Mountains international airport, opening in December 2019, Hundfjället will be the closest of SkiStar’s ski areas to the airport.

A new concept hotel for Hemsedal
The stylish and spacious Fýri Resort Hemsedal will welcome its first guests in Totteskogen at Christmas 2019. With the ski slopes right outside the door and unrivalled views out across the mountains, this 144 room hotel the 47 Fýri Tunet apartments are set to be a huge draw from 2020.

MySkiStar on course for a million members
At the end of the 18/19 season, the MySkiStar membership club has reached almost 900,000 members from around the world and continues to grow. Hugely popular with new and returning guests alike, membership benefits include reward points on all SkiStar.com online sales, discounts on everything from ski maintenance to coffee, free wifi on the slopes, personal ski stats and much more.

Investment in the hugely popular SkiStar family-friendly ‘Fun Rides’
Aimed at skiers from two to 99, the family-friendly SkiStar Fun Rides were more popular than ever this season – up 50% to two million runs. Placed by the blue slopes, the runs feature tunnels, bridges, waves, simple jumps, velodrome curves and sound. This season, the Fun Rides at each resort were enhanced with added elements, improved access and extensions, while Hundfjället was treated to a brand new one.

A successful FIS Alpine World Championship in Åre, Sweden
In February, SkiStar resort Åre was the proud host of the FIS Alpine World Ski Championships, the third ever to be held in the Swedish mountain town. Legendary Swedish efficiency was in full effect –1439 volunteers from 38 countries ensured everything ran like clockwork at the most sustainable FIS World Championships ever staged. 102,000 people attended competitions in the Swedish National Arena and the competition was beamed into a potential 815 million households worldwide.

Increasing growth from the UK market
The 18/19 season saw a growth in SkiStar’s UK market share of over 25% in pre-booking sales. The company has already seen a 17% upturn in bookings from the UK market for winter 2019/20. The weak Swedish Krona was great news for visiting Brits last season, meaning the pound has gone further during a trip to SkiStar’s Swedish resorts of Åre, Sälen and Vemdalen.