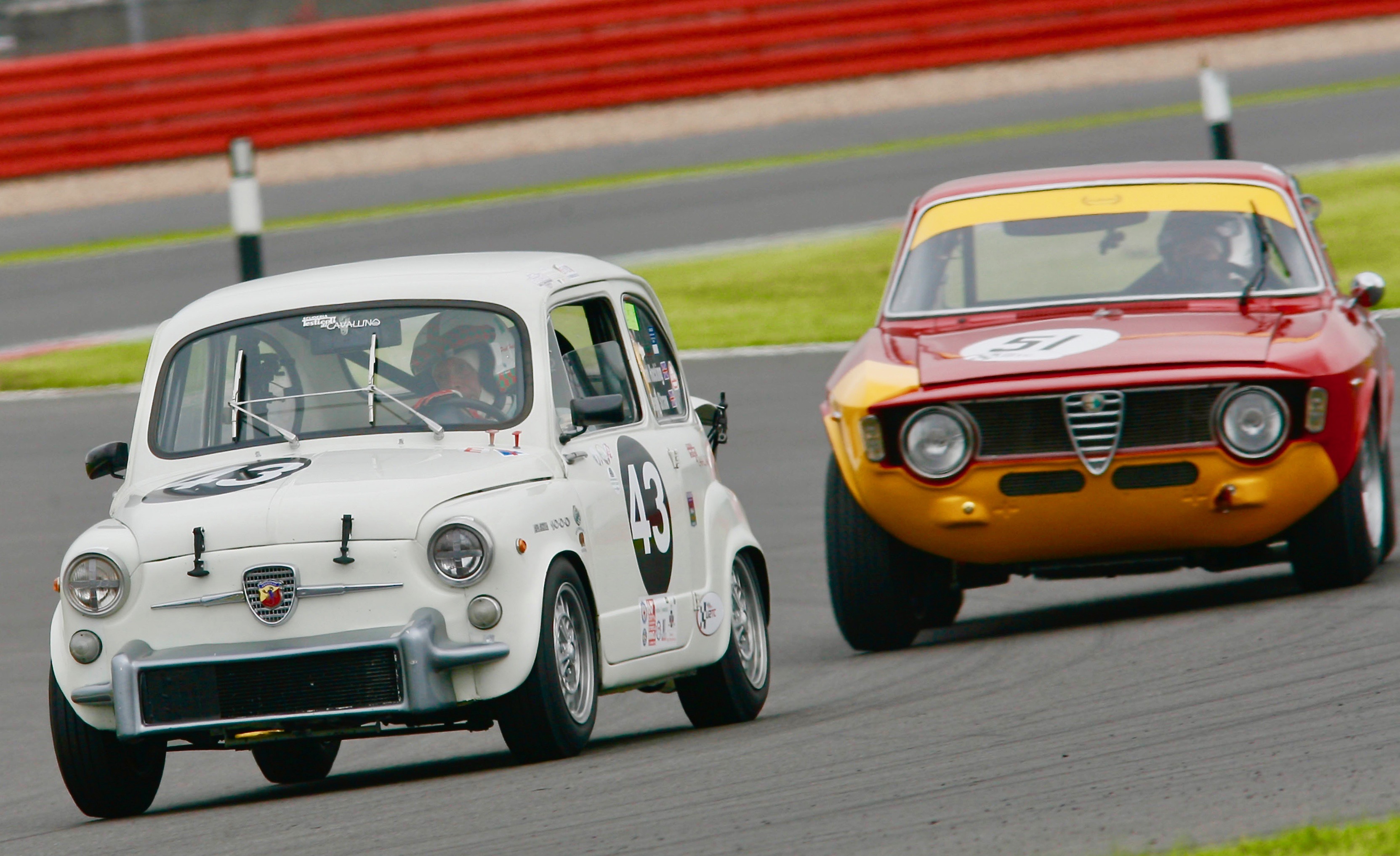 Few car companies can boast such rich sporting heritages as either Abarth or Alfa Romeo – so it is no surprise that both legendary Italian marques will have a major presence at this summer’s Silverstone Classic (26-28 July), the planet’s biggest retro racing festival where the cars are the stars.

Abarth’s presence is particularly pertinent as the illustrious manufacturer was founded in 1949 and is celebrating its 70th anniversary this year.

Abarth’s early creations were raced and hillclimbed by such gifted drivers as Tazio Nuvolari and Piero Taruffi and the new enterprise quickly earned itself an enviable sporty reputation – a repute that it maximised commercially by selling high-performance accessories to motor manufacturers such as Porsche, Mercedes-Benz, Alfa Romeo and BMW.

Honouring its esteemed 70-year history, Abarth has chosen the Silverstone Classic to celebrate its platinum birthday with all those at this summer’s event. As well as offering test drives, Abarth will be holding an Autotest Challenge giving showgoers a wonderful chance to pit themselves against the clock when racing one of its latest models around a figure-of-eight course – it will be sporty, competitive and fun.

As partners in the massive event’s interactive Drive Live, both Abarth and Alfa Romeo will be offering visitors the chance to take latest models for a 30-minute test drive on the country roads surrounding the famous Northamptonshire circuit.

Additionally, those already lucky enough to own an Abarth or Alfa Romeo will also be treated to their own exclusive club house at Silverstone. Not only that, but there’s a special 70thanniversary track parade for the Abarth Owners Club on late Saturday afternoon.

“We are delighted that two great companies with such wonderful sporting pedigrees will be out in force at this year’s Classic,” said Nick Wigley, Silverstone Classic CEO. “This is clearly a very special year for Abarth and I’m sure some of its unique Italian magic will rub off on all those coming to the Silverstone Classic at the end of July.”

“Silverstone Classic is the perfect event for us to celebrate our 70th anniversary with dynamic activities and a track parade of classic and current models.” said Andrea Lo Presti, Abarth UK Marketing Director. “We are really looking forward to hearing that distinctive Abarth sound echo around Silverstone once again.”