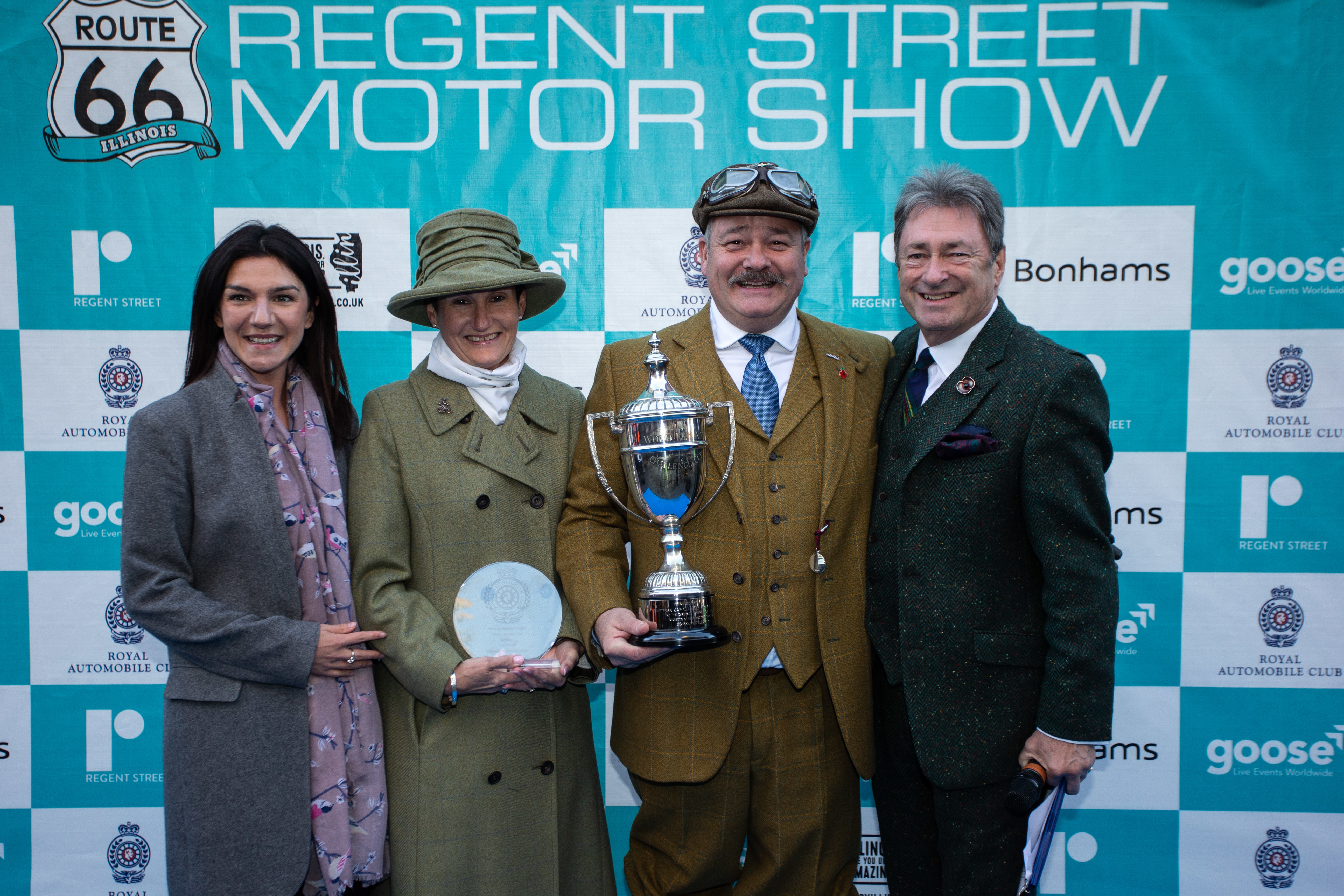 It is a central role Titchmarsh is reprising for his second year, following the successful introduction of the special Winners’ Enclosure in 2018.

Best-known for presenting hugely popular TV programmes such as Gardeners’ World, Ground Force and Love Your Garden, Titchmarsh is also a renowned classic car enthusiast. His first such acquisition was a 1928 Morris Cowley and today he owns a 1929 Bentley Le Mans 4.5-litre and a fully restored 1963 Jaguar E-type.

Fuelling his love of old cars, the 70-year-old Yorkshireman will this year be presenting the seven Concours d’Elegance category winners – and overall winner – with their esteemed trophies. As last year, the presentation stage will be located adjacent to the New Burlington Street junction with Regent Street and Titchmarsh will be handing out the awards between 14:45 and 15:15 on Saturday afternoon.

“It’s a truly magical occasion,” enthused Titchmarsh. “Having so much individual history, all these extraordinary cars have amazing life stories to tell and sharing these with enthusiastic and knowledgeable owners is always a fascinating experience. Selecting just a handful for the final awards is by no means a simple task, even for a judging panel which includes a number of leading authorities on all things veteran car-related. It will again be an honour for me to present the awards to all those selected by the judges – even more so this year as I will be living the dream when, for the very first time, I’ll be driving one of these remarkable machines from London to Brighton on the following day.”

More than 100 extraordinary pre-1905 veteran cars will be taking centre stage on Regent Street for this year’s International Concours d’Elegance as a key part of the Illinois Route 66 Regent Street Motor Show which will act as a curtain-raiser to Sunday’s staging of the Bonhams London to Brighton Veteran Car Run, taking place the following day.

Adding to the spectacle on the Street, the pioneering machines are driven to and from the dedicated Bonhams Veteran Car Zone at the start and finish of the Show, with many of the owners wearing period Victorian and Edwardian dress. All the vehicles will be judged by a panel of experts with prizes awarded for a number of categories including Best Period Motoring Attire, the Best Original/Unrestored Veteran Car, the Judges’ Overseas Award and the prestigious International Concours d’Elegance Overall Winner. There’s also the opportunity for visitors to vote for the Spectators’ Choice Award via www.regentstreetmotorshow.com/vote.

The stunning display of veteran cars taking part in the International Concours d’Elegance is just one of the many highlights at Britain’s most popular motor show – an event which regularly attracts over half a million visitors. The Motor Show showcases the future of motoring as well as celebrating the past. Taking place on Regent Street –  London’s premier shopping destination – the street will be closed to through-traffic for the day between Piccadilly and Oxford Circus.

Once again visitors will be treated to cars from all eras. Stand-out attractions already confirmed are gatherings of iconic classics from invited motor clubs (all celebrating special anniversaries), a Motorsport Zone, interactive displays plus live music ensuring there is something for all ages and interests between the opening hours of 10:30 to 16:00.