ALL-STAR BROADCAST TEAM TO TELL THE STORY OF SEASON 1 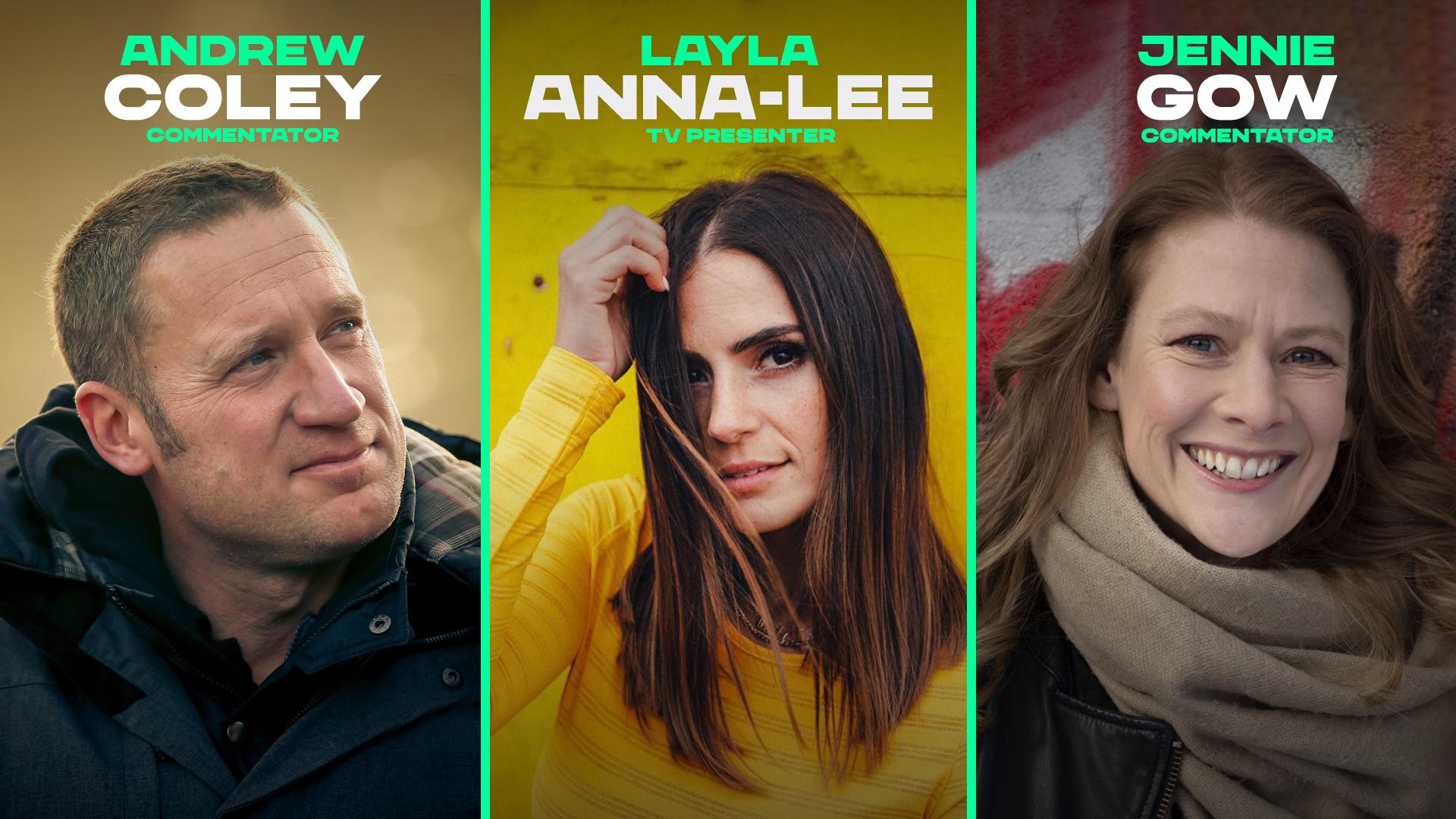 Extreme E has today revealed an all-star team to tell the story of its inaugural campaign. TV presenter, Layla Anna-Lee, will be the on-site anchor for the championship’s magazine show, while Jennie Gow and Andrew Coley will lead the commentary line-up out of a London-based studio.

As an innovative new championship that blends elements of several different motorsport specialities – and has accordingly attracted competitors from disciplines as diverse as rallying, rallycross, single-seaters, sportscar racing, trials and trucks – Extreme E needed voices with a broad knowledge of the sport.

Layla Anna-Lee said: “This is so hard to put into words, because it truly is such a pivotal moment. Before even stepping foot on location, I already know how much of a positive impact this will have on our cause. To be embarking on this adventure of extreme proportions, to be storytelling an epic tale of speed, power and legacy fills me with an empowering and exciting emotion.

“Sport has an unbelievably powerful voice. I’m a sports fan first and foremost, and I’ve seen the impact football can have on lives, nations and deep-set traditions and cultures. Teamwork and healthy competition are inspiring things to watch, and through sport, we can communicate great positive messages of change – I’ve seen it work before.

“I’m an imperfect environmentalist – I feel I represent many of us who are inspired by a healthier, more compassionate future, and what better way to push boundaries, set precedents and drive change than a high-speed, high-adrenaline off-road racing series? I’m in!”

After spearheading BBC Sport’s coverage of MotoGP, Gow switched from two wheels to four in 2011 when she joined BBC Radio 5 live as the station’s Formula 1 pit-lane reporter and presenter, a role she continues to this day. She has additionally presented Extreme E’s sister series, FIA Formula E, for both BBC and ITV, and as a staunch supporter of women in motorsport, Jennie is a leading advocate of Extreme E’s ground-breaking gender-equal approach.

Jennie Gow said: “I’m thrilled to be joining the Extreme E team as one of its lead commentators. The mission of the series is something that really appeals to me, having been interested and actively campaigning for better environmental responsibility from a young age. Now, as a mother, raising awareness around environmental issues is more important to me than ever before – we are all stakeholders in the future.

“Extreme E will do a fantastic job of taking viewers on a journey of environmental awareness paired with thrilling never-before-seen racing action, and I am so proud to be part of the team. This championship has so many areas which I am really passionate about, and at its core it is a brand new motorsport which promises to excite, entertain and challenge drivers, teams and fans alike.

“Addressing the big issues as Extreme E does was key to my decision to move out of my comfort zone with presenting and pit reporting and step into the world of commentary. Diversity and inclusion are so important in the future growth of motorsport. This is a powerful moment in time where men and women will be represented in every team. It seems only right, therefore, that there is a mixed team in the commentary box, too.

“It’s a privilege to be asked to take to the mic and I’m delighted to work alongside Andrew Coley, who I have known for some years now. He is an absolute pro, and together we hope to reflect the dynamic nature of the sport and bring the audience along for what is going to be an adrenaline-filled ride.”

Coley has similarly accrued broadcast experience with the likes of the BBC, ITV and Eurosport over the past decade – covering a variety of motorsport disciplines – but is perhaps best-known as the ‘Voice of Rallycross’, as presenter and lead commentator for the FIA World Rallycross Championship since the series’ inception in 2014. As such, he is already well-acquainted with the likes of Johan Kristoffersson, Timmy Hansen, Mattias Ekström and Sébastien Loeb and is excited to see how they adapt to the challenge of Extreme E.

Andrew Coley said: “I’m super excited to be joining the Extreme E broadcast team and very much looking forward to the start of what is effectively a brand new form of motorsport. Coming from the background I do on the off-road side of the sport, this ticks so many boxes from a competition point of view, with a mix of rallying, rallycross and rally-raid. It’s going to be fascinating to see how it plays out.

“The driver line-up is absolutely stellar from all forms of motorsport, and I’m sure some old rivalries will be renewed and some new ones started! I’m really excited to see the pace of the female drivers; motorsport is unique in allowing men and women to compete against each other on equal terms, and I expect the competition to be fierce from the outset.

“While we don’t know everyone’s relative form yet, it is obvious that both team members will need to be super-committed from the outset to gain an advantage and tactics are 100 per cent going to come into play… I can’t wait!”

In-keeping with the series’ environmental ethos and commitment to achieving a net-zero carbon footprint by the end of Season 1, the pair will narrate the races from a remote London studio. There, they will be joined by special guest analysts for each event, composed of a driver and scientist whose identities will be released in due course.

The inaugural season of Extreme E will begin with the Desert X Prix in AlUla, Saudi Arabia on 3/4 April. The global journey will then travel to Lac Rose in Senegal for the Ocean X Prix on 29/30 May, Kangerlussuaq in Greenland for the Arctic X Prix on 28/29 August and Pará in Brazil for the Amazon X Prix on 23/24 October, before concluding with the Glacier X Prix in Argentina’s Patagonia region on 11/12 December.