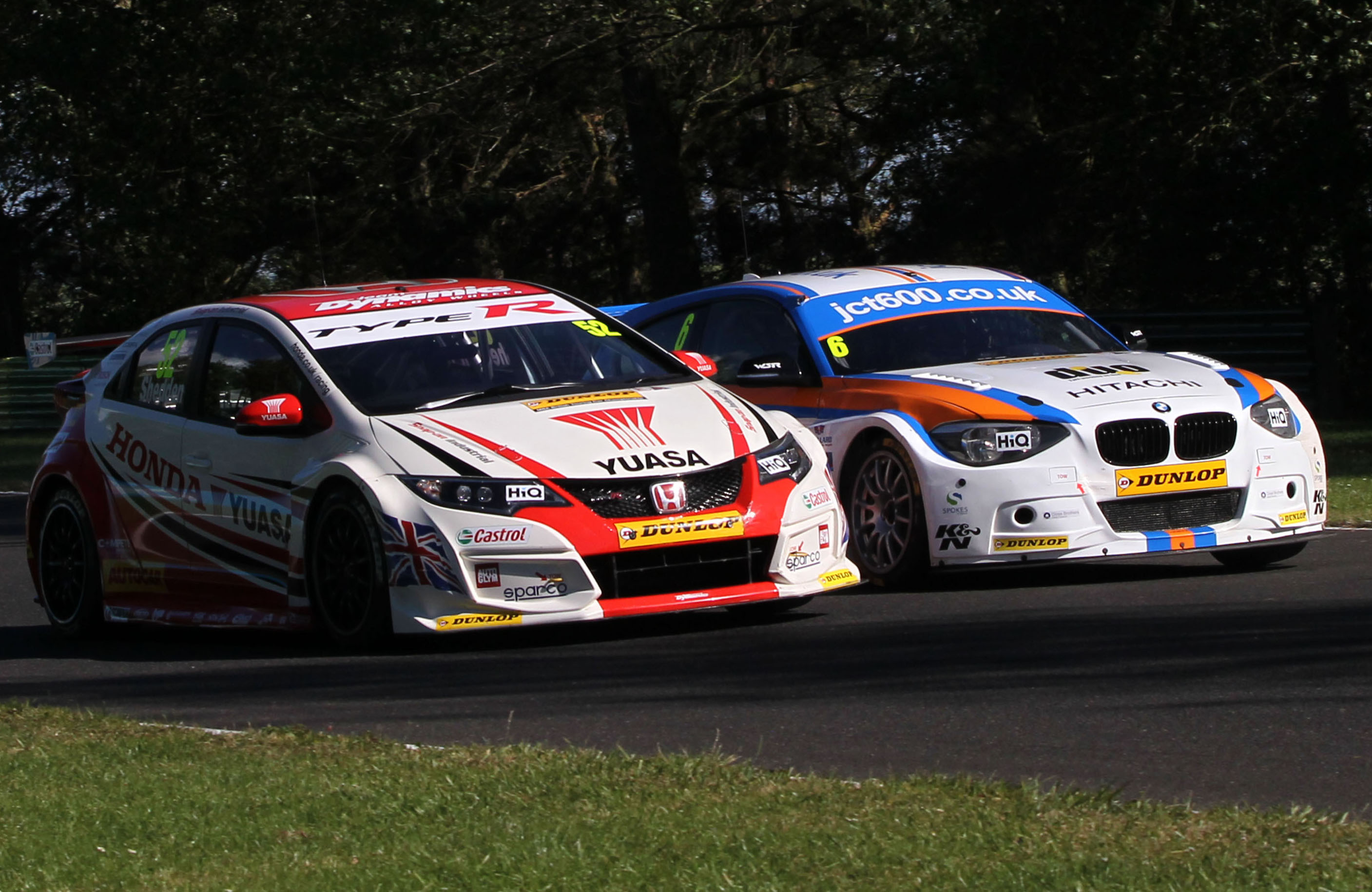 Two of the Dunlop MSA British Touring Car Championship’s most successful and seasoned campaigners will celebrate milestone starts at Croft this weekend (18/19 June) – with the tantalising prospect of a renewal of their breathtaking 2015 duel.

This time last year, Gordon Shedden and Rob Collard fought tooth-and-nail for victory in the final race at Croft, with their scintillating scrap for supremacy coming to a head on lap 12 as the Honda and BMW approached the chicane, when slight contact between the pair sent the Scot bouncing across the grass.

Twelve months on, Collard and Shedden return to Croft with special anniversaries in sight – the former’s 400th BTCC start and the latter’s 300th. Both are title contenders in 2016, sitting third and fourth in the standings respectively – separated by a single point – and both will clearly be keen to add to their winning tallies of 42 career victories for the Honda man and 12 for his BMW adversary.

“Rob and I had a pretty lively battle last year,” acknowledged defending champion Shedden. “In one of the races, he got so near that it felt like he actually wanted to drive my car, and the last one was a cracker. We gambled on the soft tyres in the knowledge they would be quicker but eventually drop off, and after that it was a case of grimly trying to hold on!

“There was some great racing at Croft last season, and I’m sure we can expect more of the same again. The crowds get pretty close to the action and there’s always a good party atmosphere to the weekend. I’m looking forward to it.”

Collard, meanwhile, will be part of a wider BMW celebration in North Yorkshire, with team title sponsor JCT600 marking its 70th anniversary with a platinum livery on team-mate Sam Tordoff’s 125i M Sport and the German marque rapidly homing in on 100 race wins – a landmark it could well reach around a circuit at which it has traditionally excelled.

“It’s fantastic to be making my 400th BTCC start at Croft,” Collard enthused. “It’s been a very successful circuit for me in the past, especially in the BMW, so I can’t wait! It’s a track with lots of grip where we can work the tyres really hard, and we don’t suffer from as much degradation as some of the front wheel-drive cars. I think that’s our biggest advantage there over the course of a race distance.

“Croft is a unique circuit, with a bit of everything from the tight hairpin to fast corners and the Jim Clark Esses, which is absolutely spectacular to race through – there were some great wheel-to-wheel overtaking manoeuvres between myself and Gordon there last year. With the championship in such strong shape at the moment and the quality of the drivers and cars on the grid, it’s going to be a very exciting weekend. Let’s go racing!”

Tickets are available on the gate priced at just £14 for Saturday, 18 June and £28 for Sunday, 19 June, with weekend passes a steal at only £36. Accompanied children aged 15 and under are admitted free of charge – even more reason to make it a family date for Father’s Day.