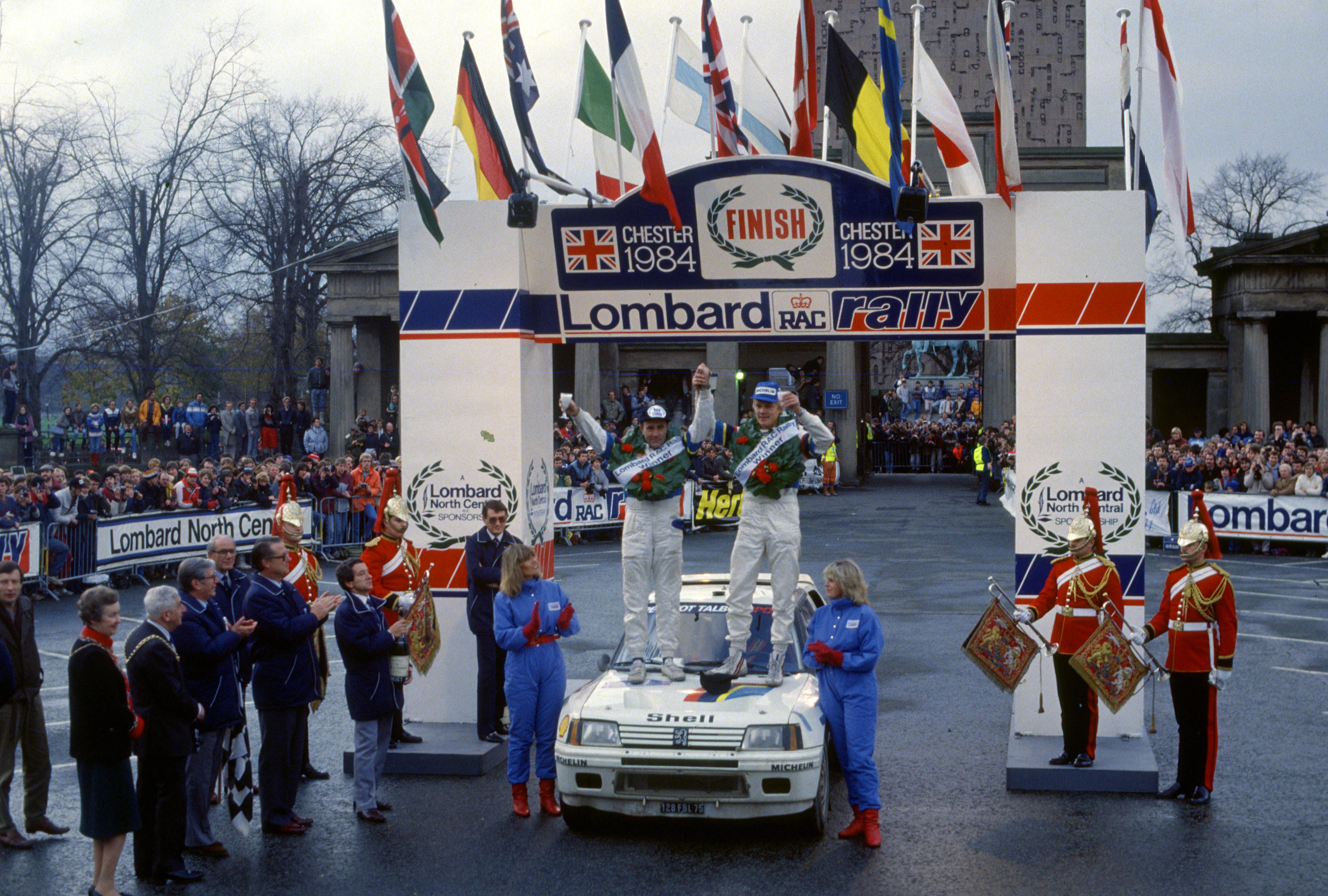 It’s now exactly 30 years since the short-lived Group B epoch was dropped by the sporting authorities following a series of major accidents. Marking this milestone, a record number of these spectacular supercars and idolised superheroes from that legendary age will be reunited for a very special Group B Showcase at the family-friendly Cholmondeley Castle RallyFest in association with GreenThumb on Saturday, 29 October. With advance tickets priced at just £20, it’s an incredible occasion that petrolheads of any age will not want to miss.

RallyFest visitors will not only be treated to the latest generation of pocket-rocket WRC cars and crews competing for today’s World Championship honours in the afternoon, but also evocative displays and demonstration runs by these revered Group B icons earlier in what is sure to be a memorably action-packed day.

More than 30 of the most powerful breed of rally cars ever created are already confirmed, and Vatanen will be appearing alongside fellow world champion and Group B winner Miki Biasion plus several other illustrious drivers from what is commonly regarded as the sport’s golden age.

Indeed, back in the early eighties, rallying was even briefly more popular than Formula One as deregulation opened the way for this new generation of fearsome Group B machines – for many, still the most exciting, flame-spitting monsters ever seen sliding sideways through the forests. Boasting turbochargers, superchargers – sometimes both – four-wheel-drive, lightweight materials plus a mid-engined F1-style chassis, Group B took the world by storm as manufacturers scrambled to build ever more powerful and potent contenders.

Audi started the ball rolling with its game-changing quattro, but it was Peugeot that really defined the era – its smaller and nimbler 205 T16 was the first to utilise the full freedom of Group B regulations. The turbocharged engine was mid-mounted and, of course, coupled to four-wheel drive.

This was Vatanen’s car. Although the fearless Finn took his only world title competing in a rear-driven Ford Escort in 1981, he was one of the few men on earth who could contain the extreme power of a Group B car and get the best out of it. For five rallies spanning the 1984 and 1985 seasons (including here in Britain), Vatanen and the T16 were unbeaten and utterly unbeatable.

“The Peugeot was just incredible and I was a bit crazy – so we were the perfect partners,” he recalls with a still excited grin. “Group B was probably the best part of my life. It was just so intense. You drove every corner like it could be your last. When I sat at the start of the stage in the T16, I could always feel the side of my mouth making a smile.”

Group B, however, was getting out of hand. Speeds were rising higher and higher and the death toll among fans and crews was mounting. Vatanen himself almost lost his life in a terrifying 120mph end-over-end crash in Argentina in 1985 – but that was more to do with the seat breaking mid-accident rather than the car around him.

By the conclusion of the 1986 season, Group B was gone. The mighty Audis, Lancias, MG Metro 6R4s, Ford RS200s and, of course, Peugeot 205 T16s – all of which will be performing at Cholmondeley Castle – were confined to the history books.

“It’s hard to believe that was really 30 years ago but, as there’s an anniversary, we now have a wonderful opportunity to look back at some of our sport’s greatest cars,” extols Vatanen, who has a huge fan base here in the UK having cut his teeth winning the British Rally Championship as a fledgling ‘Flying Finn’ back in 1980.

“I have such good memories of Britain,” admits the 64-year-old Scandinavian star. “I lived there at the start of my career and I always enjoy going back – it’s fantastic to meet such enthusiastic fans and I’m already looking forward to sharing more magic memories with all those coming to Cholmondeley Castle.”

Advance adult tickets for RallyFest are priced at just £20 (compared to £30 on the day) and include an official event programme with a cover price of £9. Accompanied children aged 15 and under are admitted FREE – a real half-term treat for families.

Full ticket information and all the latest rally news can be found on the official www.walesrallygb.comwebsite.

Combine the thrill of spectating with the indulgence of fantastic hospitality at the Dayinsure Wales Rally GB between 28th and 30th October. World-class rally action always delivers an amazing spectacle, but nothing compares to enjoying the day from the comfort of our fabulous hospitality facilities at Sweet Lamb, Cholmondeley Castle and Llyn Brenig.