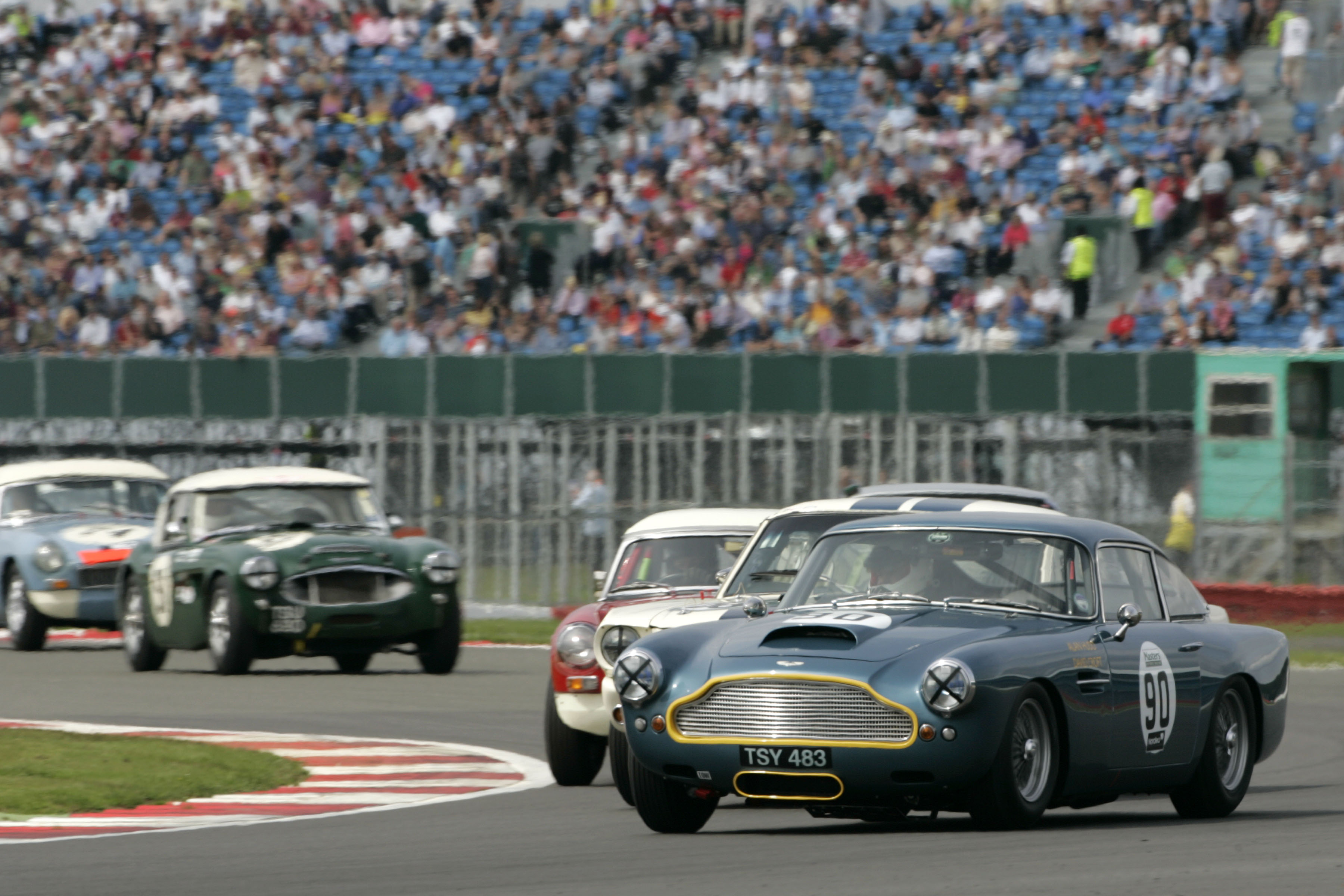 Two evocative new races for much-loved British GT and saloons cars from the Fifties and Sixties have been added to this summer’s massive Silverstone Classic line-up (24-26 July).

The pair of 20-minute races will be notable highlights in the non-stop entertainment on both Saturday and Sunday and – commemorating the 75th anniversary of the 1940 air battle – they will be accompanied by alluring aerial displays by Spitfires and other Second World War aircraft.

Confirmation of this exciting new initiative for British-made GT and Touring cars manufactured between the start of 1947 and the end of 1965, completes the most comprehensive line-up of on-track action yet seen at the record-breaking Silverstone Classic. With 22 races ranging from Pre War Sports Cars from the Twenties and Thirties to Super Tourers and 90s GT Legends from the Nineties, this year’s 25th anniversary event will showcase more soul-stirring motor sport history than ever before.

“We are always looking for new grids to widen the Classic’s appeal and these ‘Battle of Britain’ races will do just that,” explained Nick Wigley, Event Director. “You only have to look at all the fabulous displays put on by car clubs at the Classic to know that the Fifties and Sixties were glory days for the British motor industry with brands such as Mini, MG and TR very much to the fore. Now we will have lots of these wonderful icons competing against each other in what are going to be hugely exciting, patriotic and crowd-pleasing encounters.”

“Everyone loves the Silverstone Classic and so we are expecting an over-subscribed full 58-car field for these unique ‘Battle of Britain’ races,” predicted Rachel Bailey, Masters Event Manager. “We’ve already had some really interesting enquiries and it’s clear that this new initiative will boast an amazing variety of cars as well as a very special feel due to its pure British entry. It’s going to be a remarkable homage to the period.”

Ensuring the entry embraces the fullest possible tribute to the era, six different classes are being welcomed ranging from nimble touring cars with sub-1300cc engines to mightier GT cars with engines over 3-litres. The results from Saturday’s race will set Sunday’s grid with class winners based on the combined classification of both races. It all adds up to another unmissable attraction at this summer’s Silver Jubilee festival.

Early Bird tickets for the 2015 Silverstone Classic are already on sale offering significant savings of up to 15 per cent. Adult prices start at just £34 and stick to the Classic’s widely praised ‘access all areas’ policy, thus providing admission to both race paddocks, trackside grandstands and the live music concerts which this year include chart-toppers Status Quo and Paul Young.

Full details of all tickets (which must be purchased in advance) – as well as hospitality packages and weekend festival camping – can be found on the official www.silverstoneclassic.com website. ‘Battle of Britain’ regulations and entry forms are available from www.mastershistoricracing.com.