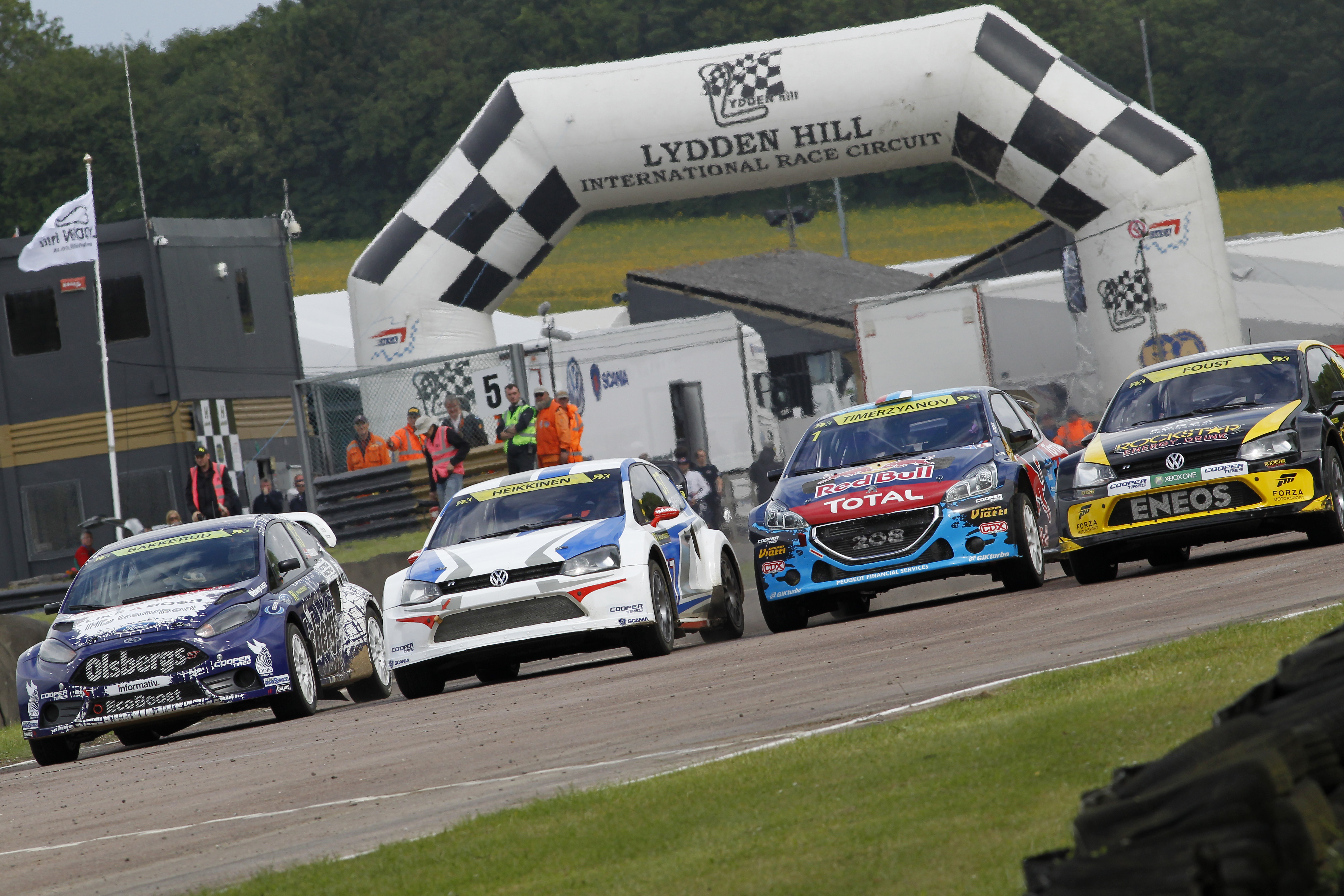 Lydden Hill will star in this weekend’s episode of Top Gear to be broadcast to many millions of UK television viewers on BBC 2 at 8pm on Sunday, 8 March.

As part of the build-up to this year’s eagerly-anticipated World RX of Great Britain (23-24 May), James May challenged many of the top guns from the thrilling FIA World Rallycross Championship presented by Monster Energy to a special one-off secret race at the famous venue in Kent.

Adding to the entertainment, fellow Top Gear presenters Jeremy Clarkson and Richard Hammond were also present at Lydden for the filming… somewhat predictably, however, their support was pretty heartless at times!

May, who is regularly ridiculed as ‘Captain Slow’ on the massively popular show, needed all the help he could muster though as he was facing a star-studded field of WRX regulars all armed with flame-spitting, four-wheel-drive, 600bhp RX supercars capable of out-accelerating a Formula One car from 0-60mph.

Among those revving up to humble May were the inaugural FIA World Rallycross Champion Petter Solberg (below left), Top Gear USA star and motor sport legend Tanner Foust (below right) and Norwegian young gun Andreas Bakkerud, the man who triumphed at Lydden last year.

All three, of course, will be back at what’s widely regarded as the spiritual home of rallycross for Britain’s only round of the action-packed World RX, to be staged at Lydden over the Spring Bank Holiday weekend, 23-24 May.

Motor sport fans – as well as impressed Top Gear viewers now keen to experience the extreme excitement served up by these astonishing machines – can take advantage of a generous Early Bird ticket offer. For those booking before the end of March, tickets are priced at just £20 for Saturday and £25 for Sunday – representing a significant discount of more than 25 per cent. These prices will rise to £25 and £30 from the beginning of April, with any remaining general admission tickets to be sold on the gate for £30 and £35 respectively.

Accompanied children aged 12 and under will be admitted free of charge, while VIP Hospitality and a limited number of Grandstand tickets are also available in advance.  Hospitality tickets are priced at £80 for Early Bird bookers and £100 thereafter; Grandstand upgrades are offered at £10. Weekend camping tickets are available at £20 per pitch.

Last year’s inaugural World RX of Great Britain proved to be phenomenally popular with a record attendance pouring through the gates at Lydden. Now, boosted by the huge success of the 2014 event plus such positive coverage on BBC Top Gear, another bumper crowd is expected in May.

Those wishing to take full advantage of the special Early Bird offer should visit the official www.lyddenhill.co.uk website for more information.