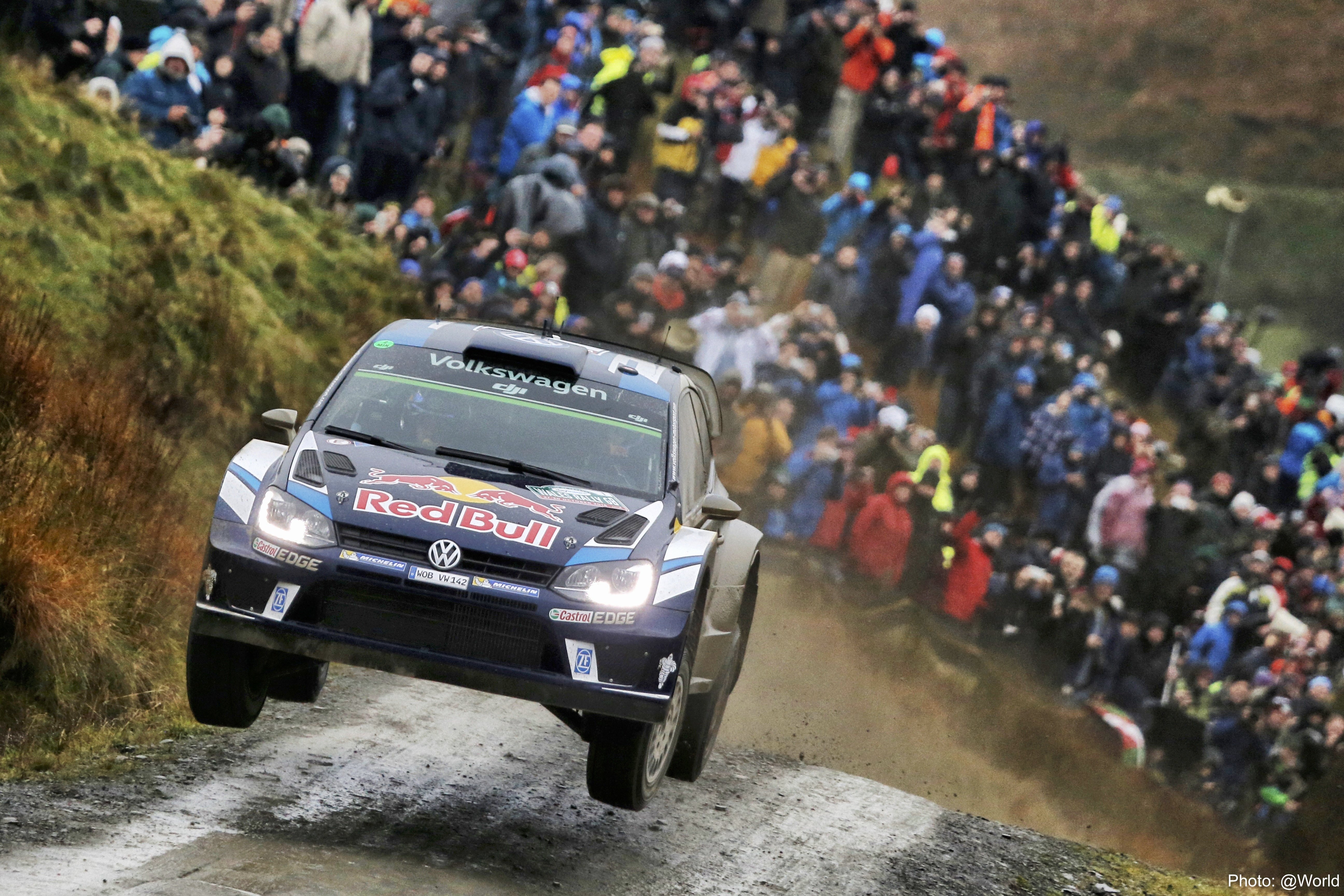 Last weekend’s Dayinsure Wales Rally GB has been lauded as the ‘best yet’ after tens of thousands of fans flocked to the famous Welsh forests to witness the UK’s round of the FIA World Rally Championship (WRC). It was a flat-out festival of family fun from start to finish, with Sebastien Ogier finally taking the top step of the podium on Sunday afternoon.

The event revved into life on Wednesday with a visit from the pioneering ‘Dare to be Different’ initiative – a programme aimed at encouraging greater female participation in every aspect of motor sport – as 100 local schoolgirls were given an insight into the high-octane world of international rallying.

Colwyn Bay’s Eirias Stadium provided the backdrop for a sparkling Ceremonial Start on Thursday, and the crews returned to Conwy County three days later for the podium ceremony, with huge crowds lining the streets of Llandudno to see the winners receive the famous trophy.

In-between, competitors tackled more than 200 miles of the most demanding forest stages in the world – with the new October half-term date providing better conditions for spectators and making Dayinsure Wales Rally GB very much a family affair.

That was clearly the case at Deeside Rally Village each evening, as the cars returned to be serviced in full view of enthusiastic fans. Once again, the event enjoyed support from Toyota Manufacturing UK and the result was a bigger and better Rally Village than ever before.

In Wales’ ‘Year of Adventure’, it was only fitting that the route should be the longest yet. In addition to the gruelling gravel roads, the new-look itinerary included the packed Cholmondeley Castle RallyFest Stage in association with GreenThumb, complete with Group B Showcase, as well as a return to Chester’s historic city centre for the first time in almost two decades.

In a truly cosmopolitan field, entries from all around the globe took up the challenge, with the top eight places in the final reckoning occupied by eight different nationalities, underscoring Wales’ appeal as a world-class destination. Indeed, it is events like Dayinsure Wales Rally GB that have been pivotal in securing north Wales a coveted position in Lonely Planet’s Top Ten ‘Best in Travel’ list for 2017 – the only UK region to achieve such a prestigious accolade.

In a groundbreaking move, the high-speed story of the rally was broadcast in 4K ultra high-definition for the first time by BT Sport – complete with live helicopter – with Channel 5, S4C and regional TV networks in both north Wales and north-west England producing free-to-air exposure to ensure that even fans unable to join in the fun were kept well informed. In all, some 55 broadcasters across 155 international markets brought Dayinsure Wales Rally GB to the small screen, with regular news and digital feeds putting Wales firmly in the spotlight all around the world.

“It’s no exaggeration to say that this year’s event was the biggest and best yet,” said Dayinsure Wales Rally GB Managing Director Ben Taylor. “The competitive route produced some superb action, the new RallyFest at Cholmondeley Castle exceeded all expectations and the visit to Chester on Friday night proved to be tremendously popular. It is so important to bring the sport the people and it was fabulous to see that all the current WRC stars were happy to make time to engage with spectators and create new fans.

“None of this would have been possible, of course, without the loyal and wholehearted support, commitment and passion of our key partners. The vision of the Welsh Government, our principal funding partner, to share the rally excitement with those across the border has really contributed to the success of this year’s event. We must also thank our increasing number of partners for their support, including Dayinsure, Conwy County Borough Council, Hyundai, GreenThumb and Network Q, as well as whole host of local companies that work with us to make the event possible.

“Most of all, though, we must give huge credit to the marshals and officials who give up their time to make it all happen. These hardy souls are out there in all weathers to offer a cheery face and helpful encouragement to drivers, spectators, media and others.

“Of course there are always improvements to be made and we have already begun working to ensure that next year is even bigger and better still. But for now, let us all enjoy the success of the 2016 edition and reflect on a job well done. Thanks everyone!”

Underlining the Welsh Government’s strong support of the event, Ken Skates, Cabinet Secretary for Economy and Infrastructure, flagged away the leaders in Colwyn Bay on Thursday evening and was back in Llandudno to present world champion Sébastien Ogier with the coveted trophy on Sunday afternoon.

The Economy Secretary, said: “I was delighted to be part of the excitement of this year’s Wales Rally GB, which was a spectacular event to bring our ‘Year of Adventure 2016’ to an end. It’s good to see that the rally’s appeal is now extending far and wide with families being at the centre of the action and rallying superstars being accessible for all to see. This showcase of our legendary rally stages on global TV is a fitting way for us to look forward to a ‘Year of Legends’ in Wales next year.”

“Major Events are very important to us, in that every £1 we spend on Major Events has an average return on investment of £32 making them crucial to our economy, supporting many businesses and the tourism industry which remains our economic driver. Attendance figures were up again this year for the Autograph Signing, Ceremonial Start and Finish, a big thanks to all that turned out to support.”