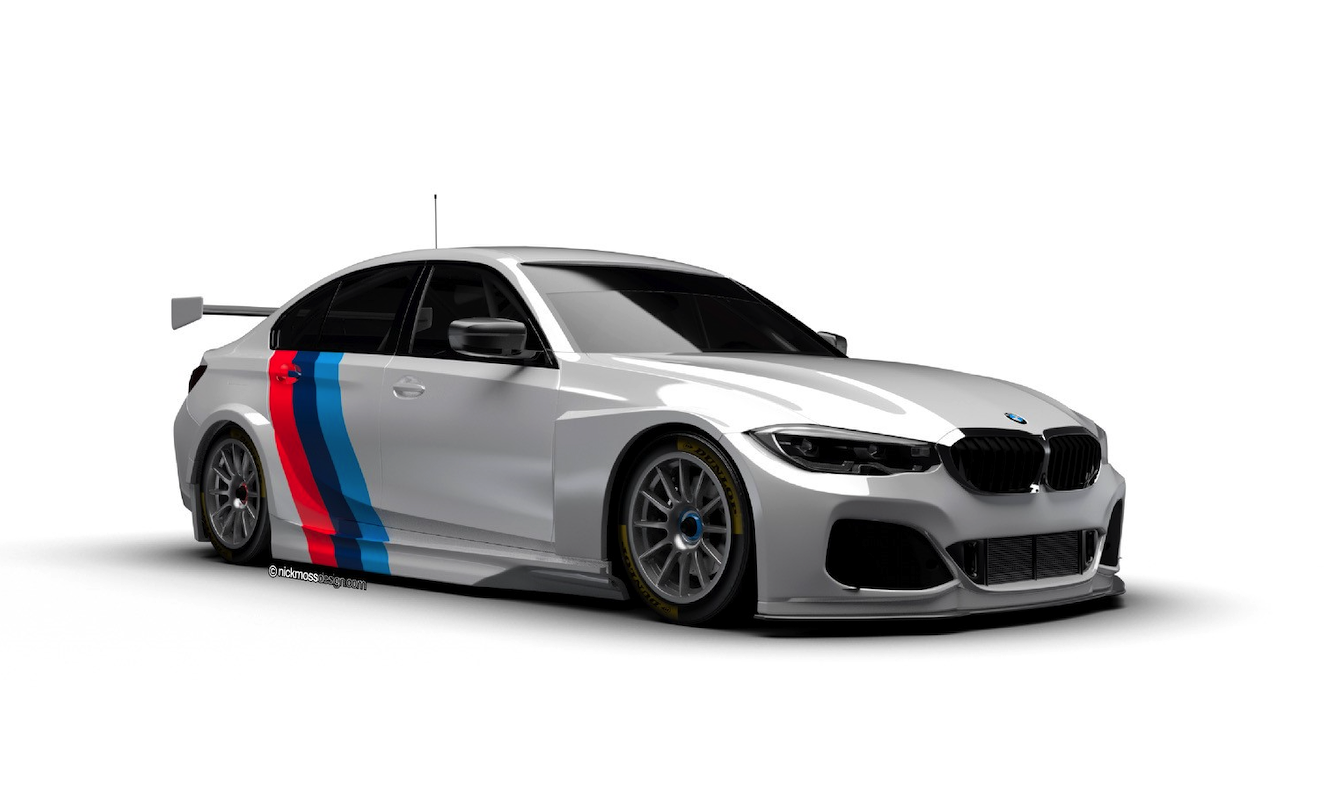 The 3 Series will return to Britain’s premier motor racing series this year, with BMW confirming it is to bring its best-selling model worldwide back to the Kwik Fit British Touring Car Championship (BTCC).

A prolific winner virtually from the outset, the story of the BMW 3 Series in the BTCC is a long and distinguished one, yielding five Drivers’ titles and two Manufacturers’ crowns between 1988 and 2009, from Frank Sytner’s success with the M3 to Colin Turkington’s triumph with the 320Si E90. In-between, there were back-to-back championships for Will Hoy (1991), Tim Harvey (1992) and Joachim Winkelhock (1993).

The 3 Series was superseded by the 125i M Sport in 2013; since then, BMW has clinched two further Drivers’ trophies (both with Turkington – in 2014 and 2018), three more Manufacturers’ laurels and Teams’ honours in each of the last three seasons. Now, the class-leading 3 Series is back, with a refreshed driver line-up for Team BMW and designs on future glory. Complementing the launch of the seventh-generation road-going model in March, the race-tuned 330i M Sport will join the fray in the 2019 BTCC curtain-raiser around Brands Hatch’s Indy Circuit on 6/7 April. It will be piloted by three-time title-winner Turkington – the most successful driver in the brand’s illustrious BTCC history – and new signing Tom Oliphant, who impressed over the course of his rookie campaign in the series last year.

Turkington is one of the most decorated touring car drivers in the world, with 31 of his 46 BTCC race wins coming in Bavarian machinery – including BMW’s milestone 100th victory at Thruxton in 2017. With race-winning pedigree in the British GT Championship and Ginetta GT4 SuperCup, Oliphant is widely considered to be one of the sport’s rising stars and tallied 12 points-scoring finishes in the BTCC in 2018.

Colin Turkington, 2009, 2014 and 2018 BTCC Champion, said: “As far as pre-seasons go, it doesn’t get much better than this! Back in 2009, I clinched my first Drivers’ title in a BMW 3 Series, and to commence a new chapter with the new model for Team BMW is a dream come true.

“This exciting project has delivered a potent dose of motivation into an already dedicated team and we are inspired to get going. It’s a very busy time for the engineering team back at base as they build and develop the cars for the new season, but the expertise is there to get the job done. The new-look road car is stunning and the race car will be something else! It’s an amazing time to be involved and I’m honoured to have this role.”

The cars will be fielded by long-time BMW partner West Surrey Racing, with a third 330i M Sport for 2013 BTCC Champion Andrew Jordan, who will run out of the same WSR stable but under the BMW Pirtek Racing banner in deference to his title sponsor.

Helmed by the legendary Dick Bennetts, WSR was founded almost four decades ago and played an instrumental role in the formative careers of such motorsport luminaries as Mika Hakkinen, Rubens Barrichello and three-time Formula 1 World Champion Ayrton Senna.

The Surrey-based outfit has masterminded BMW’s BTCC challenge since 2007, and is hard at work behind-the-scenes prepping the new 3 Series ahead of its anticipated track debut at the Season Launch test at Brands Hatch on 27 March.

Graeme Grieve, CEO, BMW UK, said: “The BMW 3 Series has a rich and successful history competing in the BTCC and we are extremely proud to see that tradition continue. This all-new BMW 3 Series is the road-going dynamic benchmark and we have a great track record working with our partners at West Surrey Racing, so 2019 looks set to be a very exciting year for us in the BTCC.”

Dick Bennetts, Team Principal, West Surrey Racing, said: “We are delighted to be bringing the BMW 3 Series back to the BTCC. We achieved a great deal of success with the fifth-generation model between 2007 and 2012, so we are hugely excited to see what the latest version is capable of. A lot of hard work and countless hours lie ahead, but we are all confident of turning this car into a winner and reinstating it in its rightful place – at the front of the field in Britain’s premier motorsport series.”