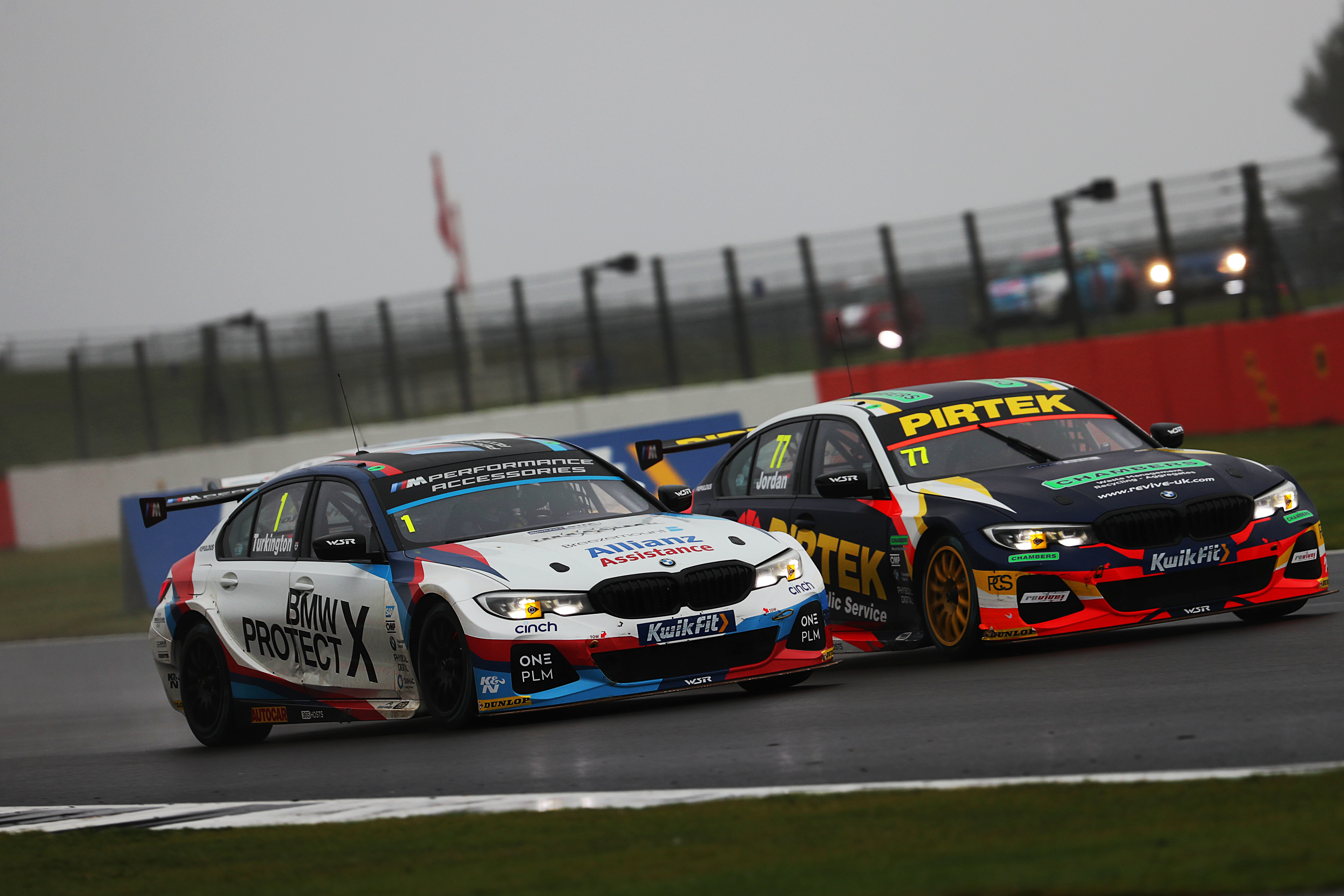 Five drivers remain in contention for the biggest prize in British motorsport, with Team BMW’s Colin Turkington and BMW Pirtek Racing’s Andrew Jordan amongst the best-placed. As he has done since Thruxton back in May, defending title-holder Turkington leads the way in the standings, with a 16-point margin over his closest pursuer.

Fellow former champion Jordan is just a single point further in arrears in third, and with 67 points remaining up for grabs and the BTCC renowned for its twists-and-turns, there remains plenty to play for around a track that hosted Formula 1’s British Grand Prix on 12 occasions between 1964 and 1986.

Both men are well-versed in the pressure-cooker situation of a tense title showdown, and both have promised to fight flat-out to the finish in pursuit of honours this weekend behind the wheel of the potent, race-tuned BMW 330i M Sport.

Turkington’s Team BMW stablemate Tom Oliphant has his sights set on glory, too, in the Jack Sears Trophy for competitors without a podium finish to their name at the start of the campaign. The second-year BTCC driver has already added two rostrums to his career CV this season, and the 28-year-old is chasing his maiden crown in the series while simultaneously targeting a place in the top ten in the overall standings.

Two further championships are similarly still to be decided, as BMW seeks to protect its 36-point advantage in the Manufacturers’ classification and overturn a 22-point deficit in the Teams’ table. All of the race day action will be broadcast live and in high-definition on ITV4 on Sunday, 13 October, beginning at 10:30am.