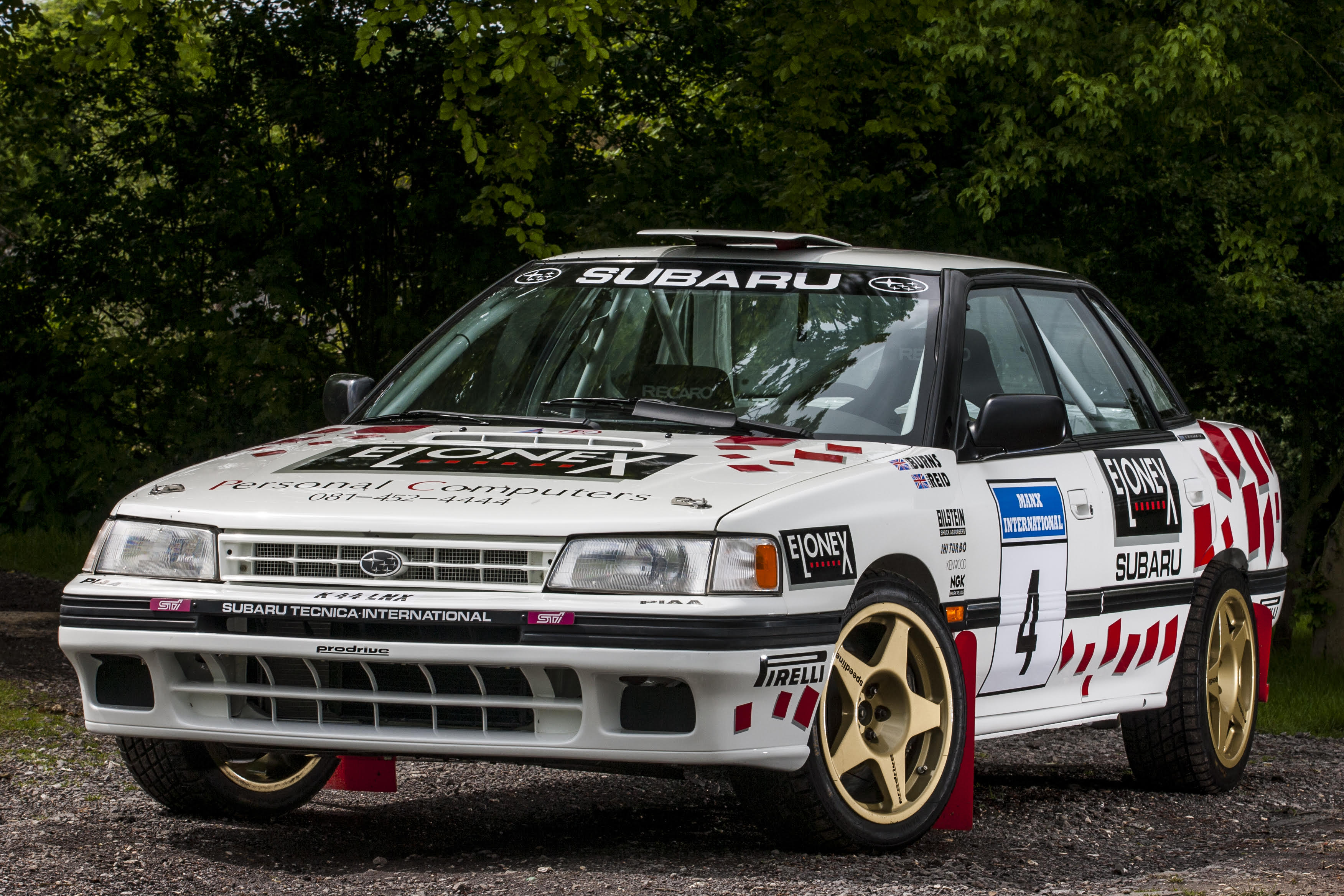 In its 60th anniversary year, the Prestone MSA British Rally Championship is set to be the headline feature at Rallyday – Europe’s premier rally show on Saturday 22 September.

Based at Castle Combe circuit in Wiltshire, the action-packed, tail-sliding and tyre-smoking day has previously attracted the greatest stars and cars in the world of rallying and the 2018 event will be no different.

From its early pioneering days in the late fifties to the turbo-charged, four-wheel-drive pocket-rockets of the new millennium, Britain’s premier rallying series has won the hearts and minds of fans young and old – captivated by exciting cars, legendary events, colorful characters and fierce rivalries.

Speaking of exciting cars, the first of many stars to be announced for the festival of rallying is the Subaru Legacy driven by the late great Richard Burns. The Englishman used the Prodrive built car in 1993 to clinch the title on the Isle of Man and the flat-four icon will be back in action once more to entertain the crowds.

Perhaps the greatest BRC rivalry in the past 60 years was Scotsman Jimmy McRae against Englishman Russell Brookes. Sharing seven titles between them, the McRae, Brookes rivalry played out over three decades – but perhaps the most prominent era came in the mid-eighties when both were team-mates at Opel driving the iconic Manta 400 model.

“Rallyday is an event I always look forward to,” said McRae – the most successful driver in the history of the BRC with five titles. “I haven’t been for a couple of years, but it’s a great chance to get out and about among the real enthusiasts of the sport. And obviously a really good chance to drive some great rally cars. The British Rally Championship has always been really important, so it’s nice to be able to help celebrate this milestone.”

“There’s always a good crowd at Rallyday,” said two-time champion Brookes. “The chance to go back and meet them all and say hello to so many old friends is very welcome.”

As well as recreating and reminiscing the great BRC battles, the pair will also join the tribute to another great British driver – four-time BRC champion, the late, great Roger Clark. Twenty-eighteen marks 20 years since Clark’s passing and 50 years since the introduction of the MK1 Ford Escort, which Roger made so famous and successful on the British and world stage.

A whole host of cars from the immortal Ford Escort, sideways Vauxhall Chevette and Group B monsters to the modern day rocket ships will strut their stuff on the feature stage, allowing fans to hear, smell and see 60 years of BRC heritage.

“It’s a genuine honour to be working with the Prestone British Rally Championship,” said Rallyday organiser Tom Davis. “What a time to start this association, too, the year the world’s best domestic rallying series turns 60.

“We’ve already got plenty of BRC-related celebrations lined up with two of the series’ biggest and most successful names: Jimmy McRae and Russell Brookes joining us on the day. We will mark the 20th anniversary of the passing of four-time British Rally Champion Roger Clark and the 50th of the Ford Escort Mk 1.

“We’re always looking for ways to develop the contemporary in addition to the history, and what better way to do that than join forces with the Prestone BRC?”

A Prestone BRC display area will sit at the heart of this year’s Rallyday, with stars from the championship on hand to meet and greet fans before demonstrating their skills and machinery on the track.

Prestone BRC manager Iain Campbell said: “We are excited to bring the BRC to Rallyday and this alliance is one that makes and awful lot of sense for us and the event.

“Our six-round calendar takes the Prestone British Rally Championship up and down the country – and into mainland Europe – but England’s south-west is an area where, before now, we hadn’t been able to reach in the way we would have wanted to.

“We are delighted to have Richard Burns’ 1993 Subaru as our first star car. Richard was the last BRC driver to go on and lift the World Rally Championship crown and what an iconic machine to have with us. We will have many more cars joining us in September and we will also have plenty of Prestone BRC promotional kit to give away too.”

Brand Manager for Prestone, Stephanie Hickford said: “We’re thrilled to be involved in Rallyday this year, particularly with it being the British Rally Championship’s 60th anniversary.

“It’s our second year as headline sponsor and we have exciting plans in place for the full 2018 calendar. Our brand ambassador and top motoring journalist Henry Catchpole will be attending Rallyday, sharing live updates and all the action from the show.

“We’ll also have a big presence at the BRC display area; we’re really looking forward to meeting attendees and speaking to fans who have supported the Championship over the last 60 years. We’re sure there will be some fantastic stories!”

Rallyday will take place on Saturday 22nd September 2018 and tickets are now on sale. Tickets are just £18 per adult (£25 on the gate) and those aged under-17, accompanied by an adult, go free. For more information visit www.rallyday.com.

For further information head to msabrc.com and to view the full range of BRC merchandise for the new year, visit www.prestonebrcshop.co.uk.