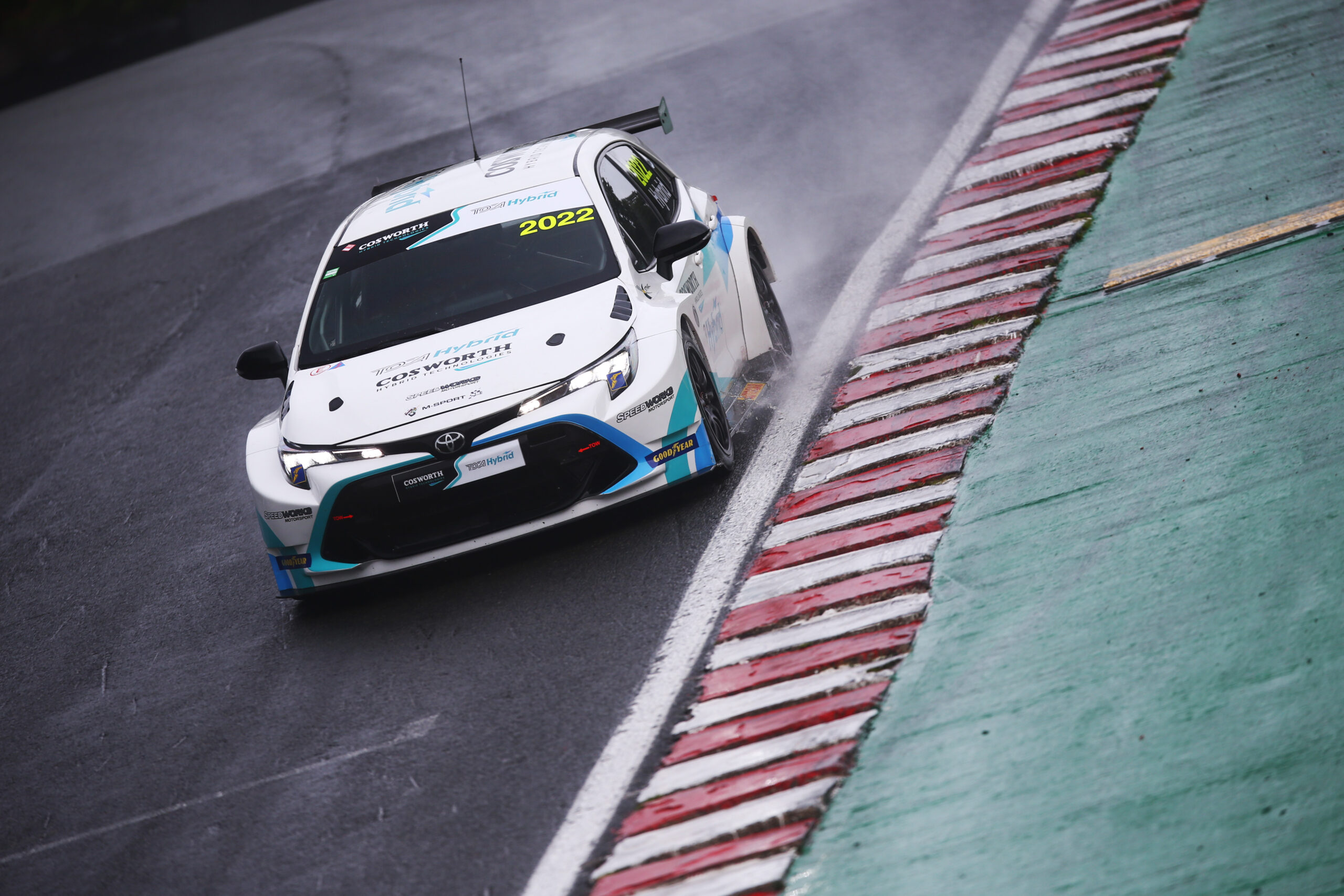 The car ran with the new-for-2022 TOCA engine produced by M-Sport on the Cheshire circuit – as it has done throughout its 2021 test and development programme.

M-Sport won the contract to develop, build and supply the TOCA engine from 2022-2026 and has been working closely with Cosworth Electronics over recent months in preparation for the implementation of Hybrid power next year.

Jordan completed 118 laps and over 263 miles around the picturesque Cheshire circuit. Whilst the TOCA Hybrid car was included alongside 27 of the regular BTCC runners in the live timing, no emphasis was placed on overall lap times or set up changes.

Significantly, all major hybrid components in the test car (such as the hybrid motor, battery and electronics) are exactly the same as those in the car when it first ran in July 2020, with no component failures or maintenance needed. All units have now done well in excess of the normal annual mileage that a BTCC car would do.

Testing will continue throughout the remainder of the year before the full introduction of hybrid power in 2022.

Andrew Jordan, Hybrid Development Driver: “We’ve already done a number of other days in the car at Anglesey, but it’s important to come here so we can see performance-wise, the level that it’s at, and also to get miles on it. It needs to be reliable for when the championship goes to Hybrid power next year, so we’ve done a lot more laps than anyone else purely with that reliability in mind. Minor things come up, mainly software-tweaking, as they always will during the development process, and we’re working through them as we’re going.

“I’m really happy to be involved with it all. Yesterday I felt a bit behind the car, I haven’t driven it around here before, but today I feel much more on it. I’m trying to give feedback where I can, but I’m enjoying it.”

Liam Little, M-Sport Engine Engineer: “From our side, using the engine with the TOCA Hybrid car at this test is a case of keeping it running in order to let the tyre guys do their work. We’re happy with where we are in terms of performance and durability.

“We’ve already undertaken five or six tests with the engine and Hybrid system so far and previously used the engine on the dyno doing a full season of running, with stopping and heat to replicate a full season. That came into the car earlier in the year and from what we’ve seen the engine’s been really good and with no issues of any consequence.”

Neal Bateman, Cosworth Electrics Head of Support: “These two days have been part of the final stages of our validation process and it’s also the first time we’ve properly run in the public eye. We’ve been able to complete a great number of laps, weather permitting – which has presented its own challenges!

“Both yesterday and today, we’ve completed lots of deployment of the hybrid electronics utilising different strategies – including the pit lane strategy of running electric to the end and then the engine starting and driving out, which has been excellent. So we’re very happy with the miles we’ve got from the test. It’s all building towards the excitement of running it next year.”