BTCC RETURNS AT SNETTERTON WITH TURKINGTON TOP OF THE TREE 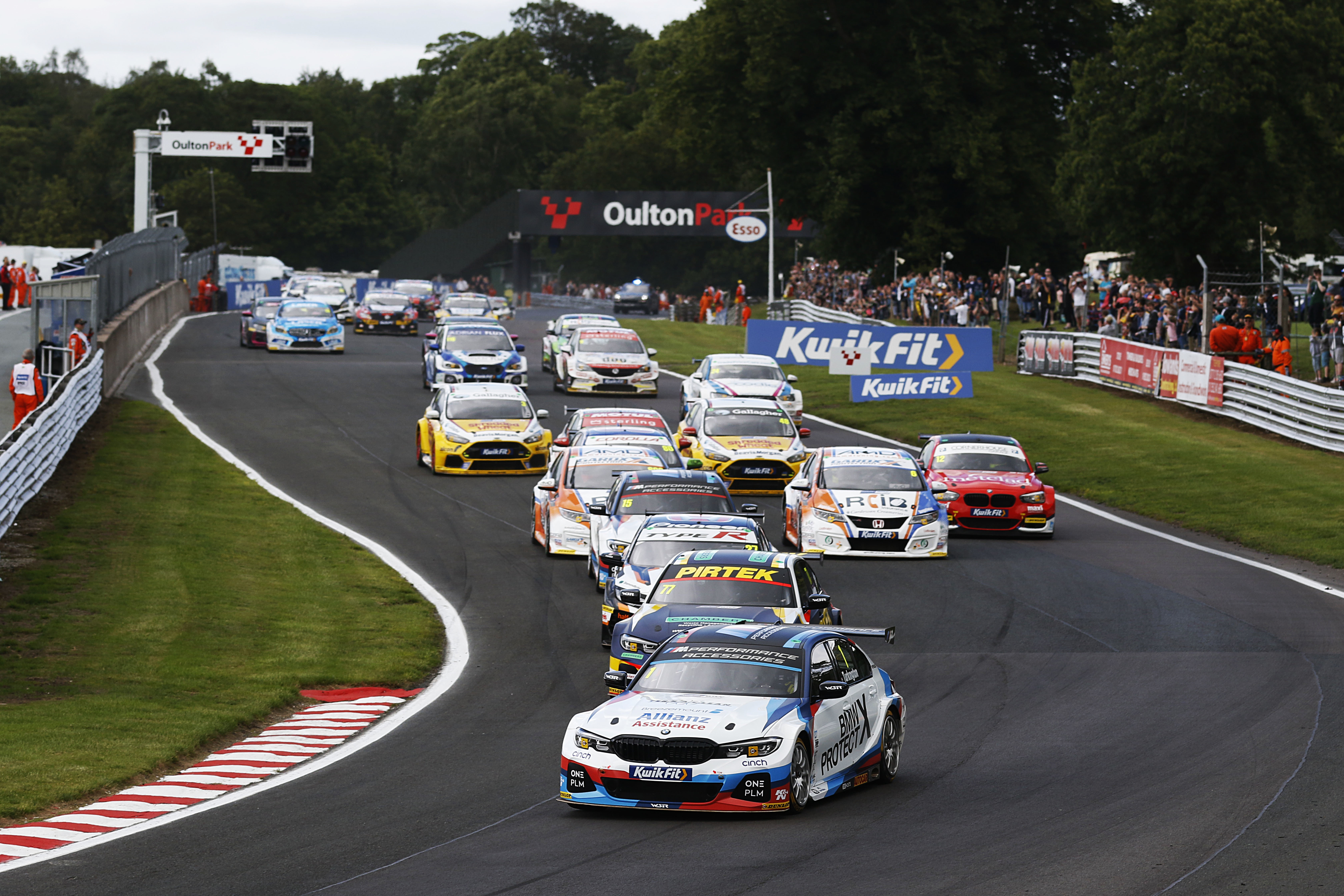 The MPA Creative team is excited for second half of the 2019 Kwik Fit British Touring Car Championship to kick off as the action moves to Snetterton next weekend (3/4 August), with Team BMW’s reigning champion Colin Turkington holding the initiative.

Last time out, just over a month ago at Oulton Park, the Northern Irishman secured a pair of lights-to-flag victories as he further tightened his grip at the top of the Drivers’ standings.

His BMW stablemate, Andrew Jordan, notched a pair of podiums to move into second in the running, ahead of BTC Racing’s Josh Cook. Stephen Jelley rounded out a thrilling weekend at the picturesque Cheshire circuit with a popular victory in the finale – his first in the BTCC since 2009.

Snetterton always throws up a treat for the tens of thousands of fans that make their way to the Norfolk circuit, with the very best BTCC action delivered over a sun-soaked mid-summer’s race weekend.

As always, for those that can’t make it to East Anglia, qualifying and race-day is broadcast live and exclusively via the championship’s long-term broadcast partners, ITV Sport, with some eight hours of the best of British motorsport come race-day screened live on ITV4.

Unpredictability has long been a staple of the BTCC, as is borne out by those numbers. That said, at the very sharp end where margins are finest, the new BMW 3 Series has proven to be a potent force throughout the first half of the campaign, taking nine of the 15 available winners’ trophies up to this point.

The championship is notoriously tight, competitive and fiercely-fought and this is evidenced over the course of any given round. When it comes to the quest for the coveted Drivers’ Championship crown, the cream always rises to the top.

It may be of little surprise, then, that three-time and incumbent champion Colin Turkington is currently setting the pace, having already won four times as many races as he did in his title-winning 2018 campaign.

Everything can, and often does, change over any given race weekend with 67 points on offer in the BTCC. BMW Pirtek Racing’s Andrew Jordan sits second, with a 33-point deficit, while the independently-run Hondas of Josh Cook and Rory Butcher and 2017 champion, Subaru’s Ash Sutton, sit fewer than 15 points further back.

As far as a form guide goes, last year at Snetterton, it was a win apiece for Sutton, Jack Goff and Matt Neal – the latter in the 60th anniversary Diamond Double finale, celebrating 60 years of the BTCC. It was a best result of sixth for Turkington, albeit wielding the BMW 1 Series rather than the current 330i M Sport.

Mid-season test
A complement of 32 drivers completed more than 3100 laps over the annual mid-season two-day test at Snetterton at the end of July, and it was Motorbase man Tom Chilton who set the pace in his Ford Focus RS.

“To be honest we really gave it some out there,” said Chilton. “We’re obviously testing different compounds and set-ups, but this is a real chance for us to push forwards with the car. We had a pre-season test in Spain but the conditions weren’t great there, so this is a vital few days in preparation for the rest of the season.”

Team Shredded Wheat Racing with Gallagher made it an impressive double when Ollie Jackson set the pace on the final day, albeit just shy of Chilton and Cammish’s respective efforts from Tuesday.

“It has been a really productive test,” said Jackson. “We’ve learnt a lot and written some things off too, but we seem to be in good shape for the remainder of the year.

“We haven’t really been rewarded with the results we’ve deserved so far this season. We have had some bad luck and made a few minor errors that have been unduly punished, so overall we just haven’t had the rub of the green.

“Of course, topping the times in testing doesn’t win you any points, but it’s a good feeling and a great boost ahead of the event here in a few weeks’ time.”

Honda man Cammish enjoyed a strong showing on both days, claiming second spot on each occasion.

Reigning champion and last year’s runner-up were next in the order as Team BMW’s Colin Turkington and Team Toyota GB with Ginsters’ Tom Ingram clocked up the mileage around the Snetterton 300 layout.

As ever with a tyre test, however, overall lap times are not a clear benchmark in relation to competitiveness as each and every team and driver worked through their respective programmes.

Timetable and tickets
All three BTCC races on Sunday, 4 August alongside the rest of the day’s action will be broadcast live, free-to-air and in high-definition by the series’ longstanding partner ITV, on ITV4, via the ITV Hub and streamed live online at itv.com/btcc. Those in attendance at the circuit can stay in touch with the commentary and live timing from every session, available at btcc.net/live and via the Official BTCC App throughout the weekend.

The support series on the TOCA package are also guaranteed to thrill, from the tin-top stars of the future in the Renault UK Clio Cup, budding Formula 1 aces in the F4 British Championship, the ever-entertaining Porsche Carrera Cup GB, precociously talented 14-to-17-year-olds in the Ginetta Junior Championship and the spectacular Michelin Ginetta GT4 SuperCup. A total of 13 support series races will complement the three high-octane BTCC encounters, making for an action-packed weekend.