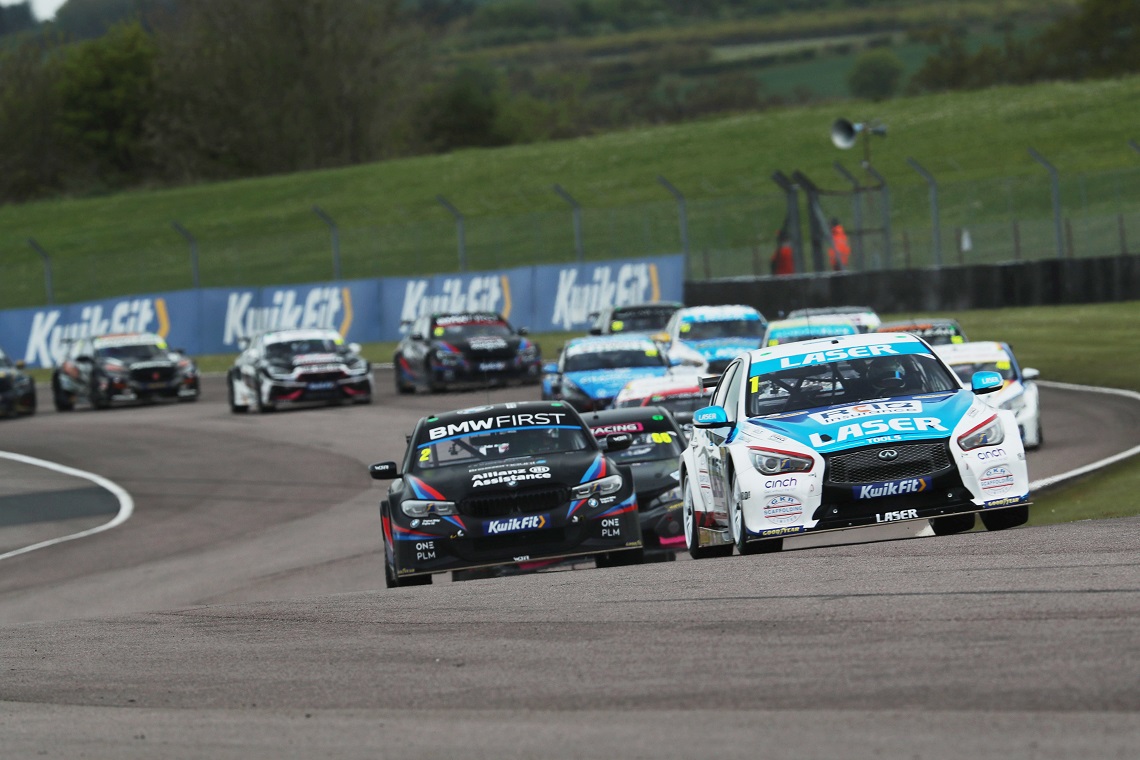 There is little respite during the remainder of the 2021 Kwik Fit British Touring Car Championship as the UK’s premier motorsport series speeds back into Thruxton next weekend (28/29 August).

The BTCC is amid a run of seven race events across 12 weeks, which will eventually conclude with the chase for the most coveted prize in British motorsport at Brands Hatch in October.

The journey began at Thruxton back in May and has since ventured to Snetterton, Brands Hatch, Oulton Park and Knockhill, with the travelling tin-top circus now returning to Hampshire to commence its second half of the season.

So much has happened since the curtain-raiser – both on and off-track – and with the lifting of restrictions continuing around the UK, Thruxton is now set to welcome the return of BTCC spectators to its venue for the first time since the summer of 2019.

The top three drivers in the overall standings – Ash Sutton, Tom Ingram and Colin Turkington – took a win apiece last time out at Knockhill so the trio can rightly be regarded as the standout contenders so far.

Laser Tools Racing star Sutton has been the pick of the bunch and underlined his credentials with a final-lap move for victory in Scotland, as he got the better of title rival Turkington in race two.

Sutton and Ginsters EXCELR8 with TradePriceCars.com’s Ingram are the only drivers to have taken three wins each during the first half of the campaign, so it’s little surprise to see them occupying the top two positions in the championship race.

Turkington remains in the thick of the battle, however, as the Team BMW ace returned to the top step of the rostrum in the opener at Knockhill, in doing so also recording the 100th BTCC victory for West Surrey Racing.

What is fascinating about the chasing pack is that three of the next four drivers in the order – Gordon Shedden, Josh Cook and Daniel Rowbottom – race Honda machinery, which is a notoriously rapid weapon around Thruxton.

Shedden has stealthily made his way up the table into fourth despite still searching for a maiden win since his return to the BTCC, whilst his Halfords Racing with Cataclean team-mate Rowbottom has been super impressive since his switch to the Civic Type R. Both will undoubtedly fancy their chances of spraying champagne next weekend.

The other top two challengers will be buoyed about the return to Thruxton, as BTC Racing’s Josh Cook won twice there in May, whilst MB Motorsport accelerated by Blue Square’s Jake Hill left Hampshire leading the championship after scoring a podium hat-trick.

It’s beautifully poised ahead of the event with the top three drivers carrying significant success ballast, whilst the quartet immediately in their wing mirrors have a well-suited circuit to look forward to.

There’s another dozen or so racers chasing glory at Thruxton next weekend too, so an intriguing battle for speed supremacy awaits!

Thruxton gets a second helping of tin-top thrills this season as the Kwik Fit British Touring Car Championship returns for another trio of pulsating races.

Rewarding bravery and commitment, Thruxton’s high-speed sweeping corners will be the ultimate test for both driver and car across the weekend’s three contests, with a big crowd expected in Hampshire.

Discounted tickets are available in advance with FREE entry for children 12 and under, whilst 13–15-year-olds will need to hold a teen ticket for this race meeting (£5 on Saturday and £10 on Sunday). Adult weekend tickets are £44 when booked in advance, with Sunday admission £30. Paddock passes are available from £5. Click here to book now.

Kwik Fit British Touring Car Championship qualifying on Saturday 28 August will be streamed live on itv.com/btcc, with the action kicking off from 1435, before the race day broadcast on Sunday 29 August commences at 1110 on ITV4.