BTCC SET FOR SCOTLAND WITH TURKINGTON LEADING THE WAY 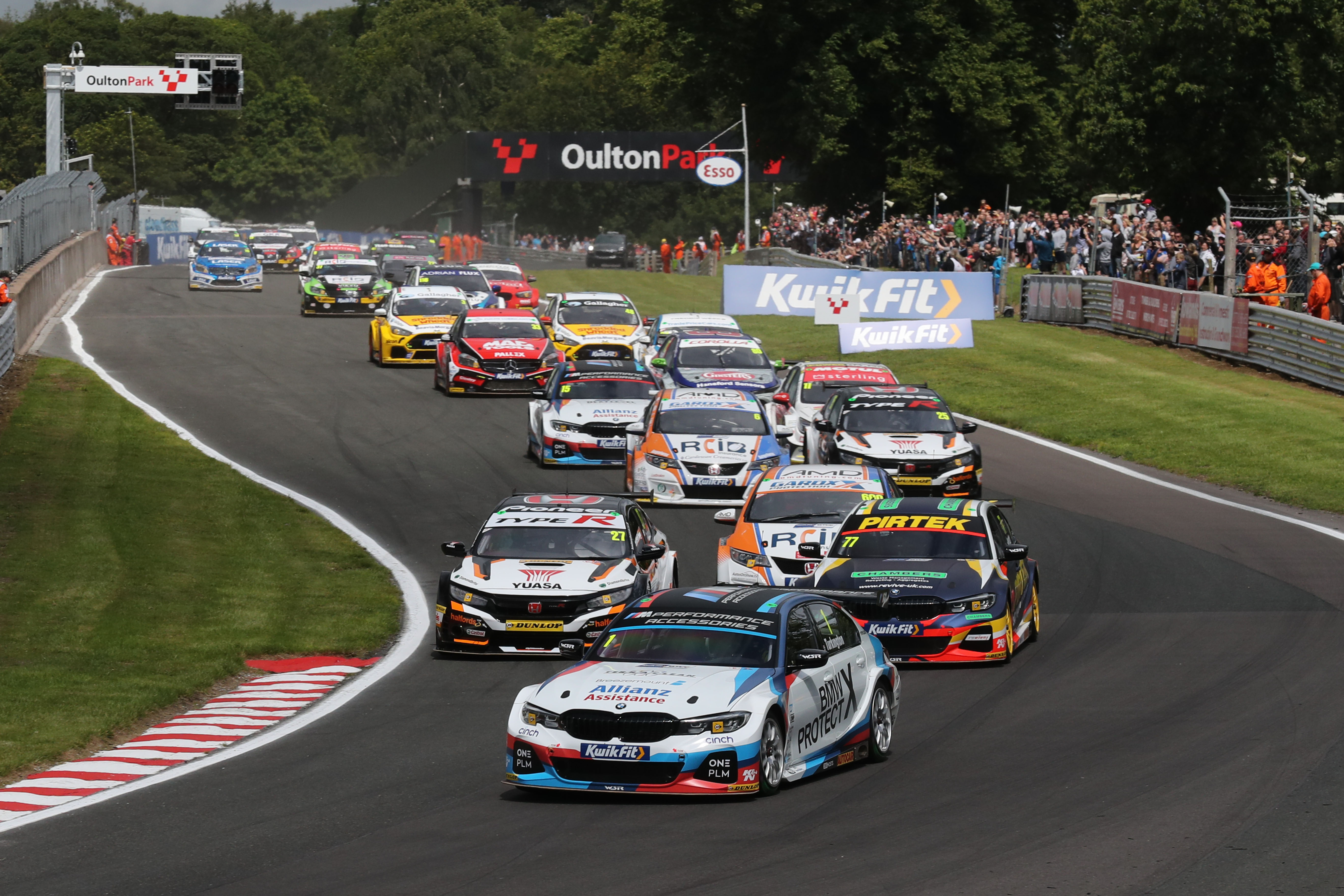 The Kwik Fit British Touring Car Championship heads north of the border to Fife’s Knockhill Circuit next weekend (14/15 September) for its annual Scottish jaunt and Rounds 22, 23 and 24 of the 2019 season, which is rapidly reaching a crescendo.

With three race weekends remaining, there are still more than 200 points on the table, and any number of twists and turns along the way to deciding the final destination of the most coveted prize in British motorsport.

Knockhill is traditionally a source of vintage touring car action, with the rollercoaster circuit comprising undulations, big kerbs and slingshot jinks as well as a big stop at Taylor’s Hairpin – the scene of countless overtaking manoeuvres over a race weekend.

It’s a longstanding favourite amongst drivers and fans alike, and its passionate, partisan supporters turn out in their droves – a major factor behind the circuit’s unique atmosphere. This year, despite its later-than-usual date in the calendar, it will be no different. For those not watching trackside, ITV4 will have all of the action covered, live and free-to-air over an eight-hour race day with qualifying also streamed live.

The lie of the land
Whilst the second visit to Thruxton in mid-August did not prove as fruitful as the first for the BMWs, West Surrey Racing’s three 330i M Sports – new for 2019 – have unquestionably led the way so far this season, claiming ten wins from 21 races. What’s more, the Bavarian automaker boasts a stellar record at Knockhill, with numerous victories and podium finishes in recent years.

That said, it is Honda’s Dan Cammish who is the series’ current ‘form man’, speeding to his first victory of the campaign at Thruxton three weeks ago, at a circuit that has traditionally been a happy hunting ground for the Japanese marque.

The Yorkshireman – who snatched his maiden BTCC pole position at Knockhill last year – is now right in play in the Drivers’ standings as he sits just four points behind second-placed Jordan, with Josh Cook in the BTC Racing Honda Civic Type R (FK8) a further four points back from his factory Honda rival.

Fife’s own, Rory Butcher, will also consider his challenge far from over as he occupies fifth spot in the standings heading to familiar turf at Knockhill, where he works as a performance driving instructor. He knows the circuit like the back of his hand, and he has won twice already this campaign.

“We’re still in the running and we’ll be giving it everything,” said Butcher. “It’s my ‘home ground’ and racing up in Scotland at Knockhill is always such a buzz. The fans make it what it is, and I’ll do my best to send them home happy.

“For any Scottish driver that races up in Scotland – myself and Aiden (Moffat) at the moment – it’s an unreal feeling. The supporters will have been watching the BTCC all season, so they’ll be champing at the bit to see the Scots in action. My family and friends, too, have seen me grow up around the sport and I can always count on them to cheer me on. It’ll be fantastic. It’s their only opportunity to come to a nearby circuit and watch me race!

“I’ve been relishing racing this Honda at Knockhill since I first tested at the circuit back in March. I’m feeling good. All I can do is my best, and we’ll have to see what happens. I have a good understanding of how the car will behave and how we can get the most out of it there.

“I won’t change my approach. The key is to take advantage when you’re on form and when the car’s working for you. You’ve got to take the podiums and the big points. There are other times where you’ve got to settle for seventh or eighth. I played it like this in the MG last year and it’s worked so far this year.

“We want to be top three or thereabouts heading to the final weekend at Brands Hatch.”

Timetable and Tickets
All three BTCC races on Sunday, 15 September and the rest of the day’s action will be broadcast live and in high definition on ITV4. Those in attendance at the circuit can stay in touch with the commentary and live timing from every session, available at btcc.net/live throughout the weekend.

The support series on the TOCA package are also guaranteed to thrill, with a double-digit total of races set to entertain the crowds. The Renault UK Clio Cup, F4 British Championship and Ginettas will all be appearing, making for a jam-packed weekend of truly unmissable racing.

Tickets are still available at Scotland’s Knockhill circuit (14/15 September), the BTCC’s only venture north of the border. Prices start at just £40 for adult weekend tickets, with discounts available for family bookings and children under 12 able to enter free of charge. For more information or to order tickets, head to www.knockhill.co.uk or call 01383 723337.