BTCC sets course for Scotland as fans flock to Fife 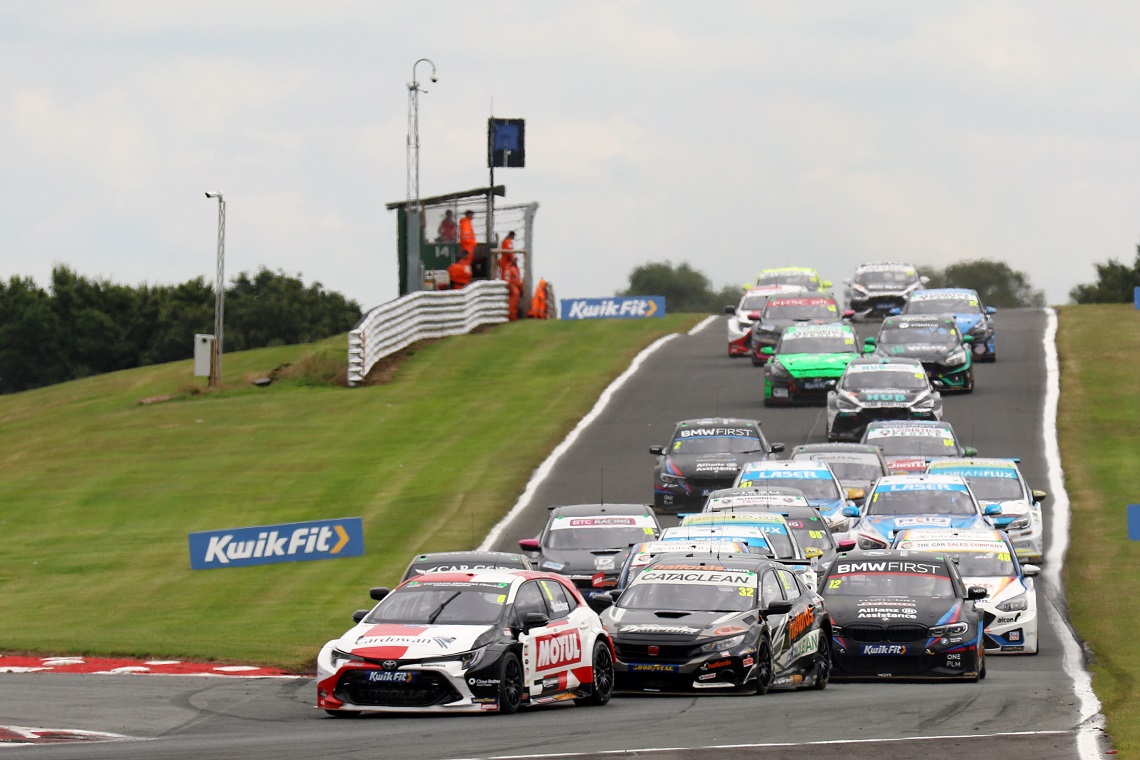 The Kwik Fit British Touring Car Championship heads to Scotland next weekend (14/15 August) as Fife’s Knockhill Circuit hosts Rounds 13, 14 and 15 of the 2021 campaign as well as BTCC fans for the first time since 2019.

With Scotland’s COVID-19 restrictions differing from those in England, the recent news that the event would once again host capacity crowds has buoyed drivers, teams and fans alike, as the passionate support which descends on the circuit is set to return.

A longstanding favourite on the BTCC calendar, Knockhill is traditionally a source of memorable touring car action. Its undulating surface and short track layout – combining chicanes, high-speed jinks and, of course, Taylor’s Hairpin – will no doubt deliver a stellar weekend of entertainment.

Following the latest rounds, at Oulton Park, nine different drivers have now taken to the top step of the podium and, just over a third of the way through the 30-race campaign, it’s still all to play for amongst the 29 high-calibre contenders.

Despite a testing weekend in Cheshire for both drivers, reigning champion Ash Sutton (Laser Tools Racing) and Ginsters EXCELR8 with TradePriceCars.com’s Tom Ingram maintained their positions at the summit and second in the standings respectively, albeit with a less significant points-gap to the rest of the field.

A maiden BTCC victory preceded another podium-finish for Dan Rowbottom (Halfords Racing with Cataclean) and saw him rocket up the order to third, while his Jack Sears Trophy effort continues to impress, with nine successive wins to his name.

Consistent points throughout the weekend for Jake Hill (MB Motorsport accelerated by Blue Square) puts the 27-year-old into fourth as he continues to hold the title for the highest-placed driver without a race win during the 2021 campaign.

Car Gods with Ciceley Motorsport man Adam Morgan followed up his Brands Hatch win with a pair of podiums to garner a significant points-haul in Cheshire, moving him into the top five in the standings.

With more podium finishes than anyone on the grid at the circuit in the last five years, Team BMW’s Colin Turkington will be aiming to put a recent run of bad luck to bed and return to his winning ways in Scotland.

Fresh off the back of a strong weekend all round in Cheshire, the BTCC’s trio of Scots will be aiming for home glory in front of a supportive Scottish crowd, as Gordon Shedden (Halfords Racing with Cataclean), Rory Butcher (Toyota Gazoo Racing UK) and Aiden Moffat (Laser Tools Racing) all head north in bullish mood.

Butcher will be hoping his race two victory will be the first of many in his manufacturer-backed Toyota Corolla, while for Moffat – who enjoyed his best weekend of the campaign so far at Oulton Park – Knockhill could be the place to truly kick off his title tilt.

A pair of podium-finishes last time out for Shedden will no doubt have put the 42-year-old on the right track heading back to his home circuit, as he continues his push for a fourth BTCC crown.

“I can’t wait for Knockhill,” said Shedden. “It’s huge news for Knockhill, Scotland and for the BTCC to have fans back. We need the support; it’s been far too long, going 18 months without fans.

“We got a little bit of that buzz from Oulton Park, but I really hope that we can get a massive amount of support for myself, Rory, Aiden and everyone on the BTCC package as well at Knockhill. We really need that, the extra spring in our step from a Scottish crowd.”

All three BTCC races will be broadcast live and in high definition on ITV4 between 1115-1815 on Sunday, 15 August, while Saturday’s qualifying session will be streamed via itv.com/btcc from 1440.

Unmissable support package action is due throughout the weekend with some 15 British F4, Ginetta Junior, Porsche Carrera Cup GB, Ginetta GT4 SuperCup and MINI Challenge races scheduled in Scotland and for those fans trackside, all of the racing can be followed using the commentary and live timings for every session available at btcc.net/live.

Tickets are still available at Scotland’s Knockhill Circuit (14/15 August) for the BTCC’s only venture north of the border. Prices start at just £50 for adult weekend tickets, with discounts available for family bookings and children under 12 able to enter free of charge. For more information and to order tickets, head to www.knockhill.co.uk or call 01383 723337.

As at Oulton Park, the BTCC paddock will be open to fans throughout the weekend. There will be no pit-lane walkabout, but a drivers’ parade will take place on Sunday.