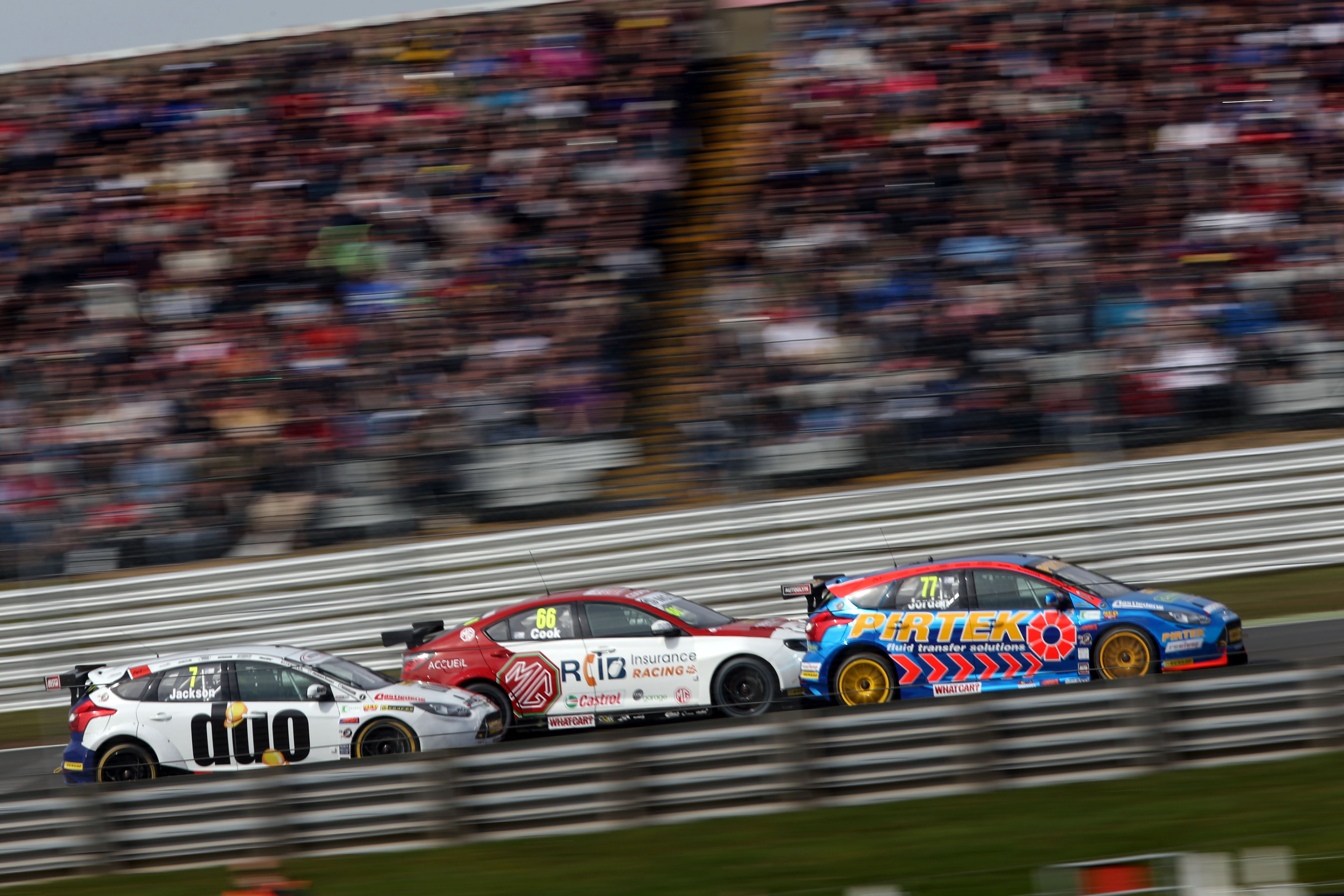 More than 30 of the country’s finest racing drivers will speed into Thruxton next weekend (7/8 May) as the Dunlop MSA British Touring Car Championship arrives in Hampshire, with a ‘white-knuckle ride’ and lights-to-flag entertainment firmly in forecast.

Thruxton is the fastest circuit in Britain and has been a popular fixture on the BTCC calendar for almost half a century, hosting the championship for the first time back in 1968.

What’s more, as the pace picks up in the world’s most fiercely-disputed tin-top series, there is every chance that the race lap record – which has stood since 2002 – will be broken this year, after WIX Racing’s Adam Morgan came within seven hundredths-of-a-second last season.

In evidence of the commitment required, the 31-strong field of flame-spitting Audi, BMW, Chevrolet, Ford, Honda, Mercedes, MG, Proton, Subaru, Toyota and Volkswagen machinery will top out at almost 160mph around the back of the track.

Halfords Yuasa Racing duo Matt Neal and Gordon Shedden arrive at Thruxton leading the standings, and the Honda Civic Type R that they drive has been a potent weapon indeed around the circuit in recent campaigns.

“Thruxton is one of those places where you need to take a deep breath and tighten the belts a bit more!” echoed team-mate and defending title-holder Shedden. “It’s somewhere that always generates great racing.”

Andrew Jordan similarly used a Honda to excellent effect between 2012 and 2014, as he annexed pole position at Thruxton three times in swift succession. Now behind the wheel of a Motorbase Performance Ford Focus, the 2013 BTCC Champion will be bidding to replicate that form next weekend.

“Thruxton is my favourite circuit in the country,” he revealed. “It’s a real old-school challenge, and you need to be pretty brave. There’s always lots of action!”

“Thruxton is a circuit that I absolutely love,” concurred team-mate Mat Jackson. “When you’re at one with the car and it’s doing what you want, it just dances round there and it really is an enjoyable track to drive. I can’t wait!”

JCT600 with GardX racer Rob Collard is a Thruxton local, hailing from nearby Eversley, and the BMW man has already tasted victory champagne once in 2016. He predicts a high-octane weekend of edge-of-the-seat thrills.

“I can’t wait to get to Thruxton!” Collard enthused. “It’s one of the best circuits in the country, with the highest-speed corners in Britain – it’s a very, very fast and exciting place to visit. It’s great for the fans, too, because they can really get close to the action. Thruxton has a very raw appeal and it’s always a pleasure to go there.”

Discounted advance tickets are on sale from just £11 for Saturday, 7 May and £26 for Sunday, 8 May, with weekend tickets including Paddock Pass available for £38. They can be purchased online at http://www.thruxtonracing.co.uk/racing/btcc or by calling 01264 882200 (Option 1). Accompanied children aged 15 and under are admitted free.