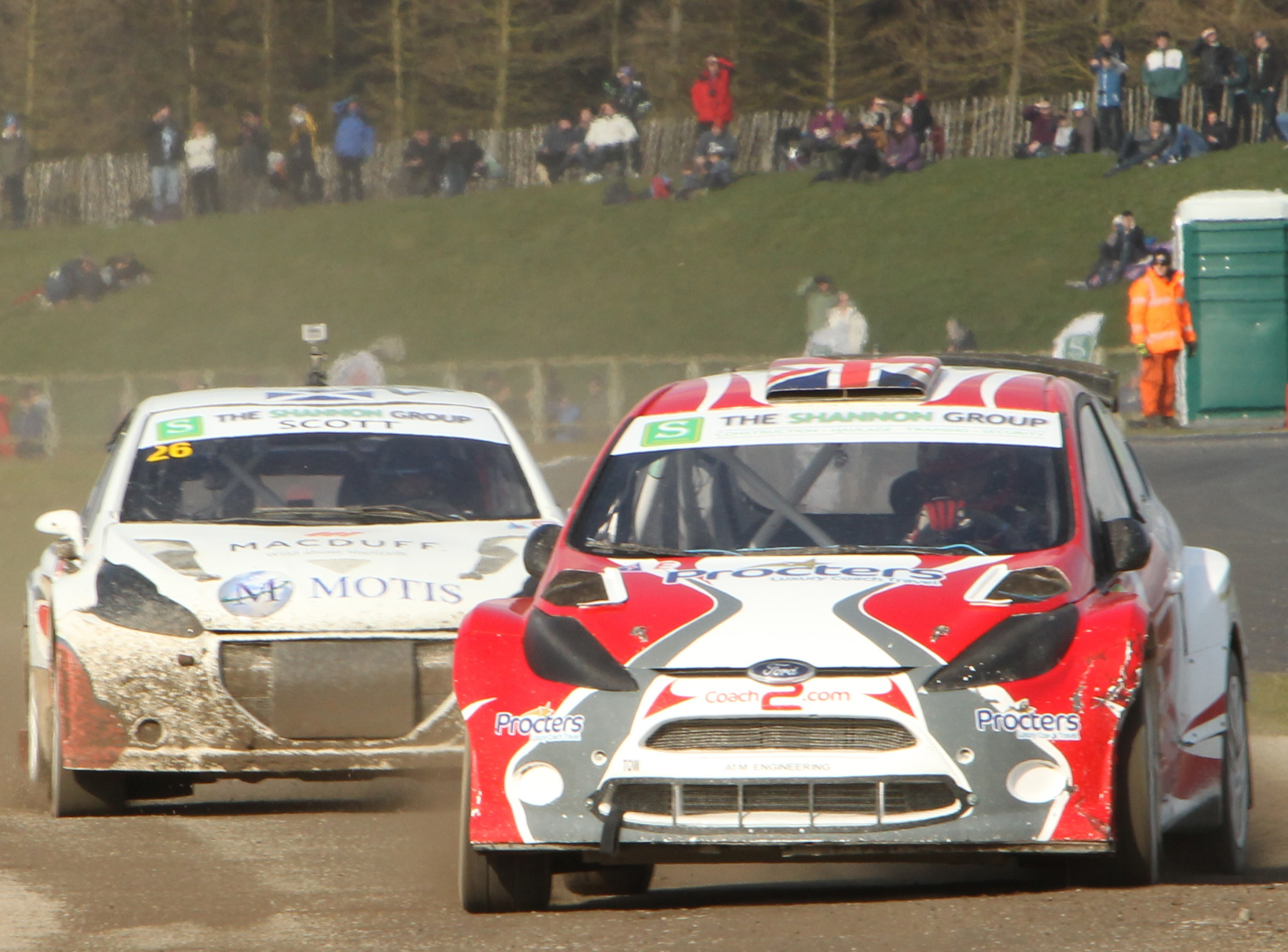 Lydden Hill will play host to the second round of the revitalised MSA British Rallycross Championship in association with the Shannon Group on Easter Monday (6 April), as almost 80 of the series’ leading protagonists rev up to follow in the wheeltracks of BBC Top Gear’s James May.

Lydden is regarded as the spiritual home of rallycross and always draws both a large entry list and capacity crowds – and this year is no exception. Almost 80 drivers will take to the track across the different classes – and the action is sure to be fast and furious from first lights-out right the way through to the final chequered flag.

Not only will there be a strong contingent of local stars for fans to cheer on, but also a truly international flavour to the event, with competitors from as far afield as Belgium, Poland and the Netherlands.

The headlining MSA Supercar class is led by round one winner Andy Scott, fresh off the back of a highly respectable campaign in the FIA World Rallycross Championship presented by Monster Energy in 2014.

“I’m really looking forward to Lydden Hill, as it is without doubt one of my favourite tracks,” enthused the Scot. “I’ve had some great results there in the past and after winning the opening round at Croft, I’m feeling pretty good going into round two.

“The Lydden spectators are always very enthusiastic and really get behind you, and this weekend, I’ve got quite a crowd coming so the atmosphere should be great. Hopefully I can deliver a win for them.”

Godfrey, O’Donovan and Procter all participated in the recent Top Gear filming, in which they raced presenter May around the Lydden Hill circuit. The trio will doubtless be hoping that their extra track time in front of the cameras will pay dividends – and that they did not pick up too many bad habits from ‘Captain Slow’ along the way!

There will be no shortage of high-speed fireworks and thrills ‘n’ spills in the supporting classes, either. It is tight at the top in MSA SuperNational, with Gary Simpson, Allan Tapscott and Daniel Rooke all blanketed by just three points, whilst Kent-based aces Stuart Emery and Darren Clark will both be eager to gain ground on home turf.

Mike Jones (Bexley) and Nick Potter (Canterbury) in Super 1600 are similarly aiming to play the ‘home advantage’ card, as is Sittingbourne’s Paul Maybourne in Hot Hatch.

Tristan Ovenden (Canterbury) arrives at his local circuit as the pace-setter in the Swift Sport standings following his Croft success, but Sittingbourne’s Darren Scott, Ashford’s Nathan Heathcote and Rob Maynard from Deal are all in hot pursuit in a Kent top four lock-out at the head of the points table.

“Rallycross has been the beating heart of Lydden Hill for almost half a century since the sport was born here, and it never fails to produce spectacular racing,” said the multiple British Rallycross Champion and European rallycross legend, who has made his full-time return to British RX this year and only narrowly missed out on the podium in the Croft curtain-raiser.

“There’s a fantastic entry list, and there promise to be some superb battles for supremacy in every class – and you can be sure that I’ll be giving it ‘the full beans’ in my pursuit of the podium!”