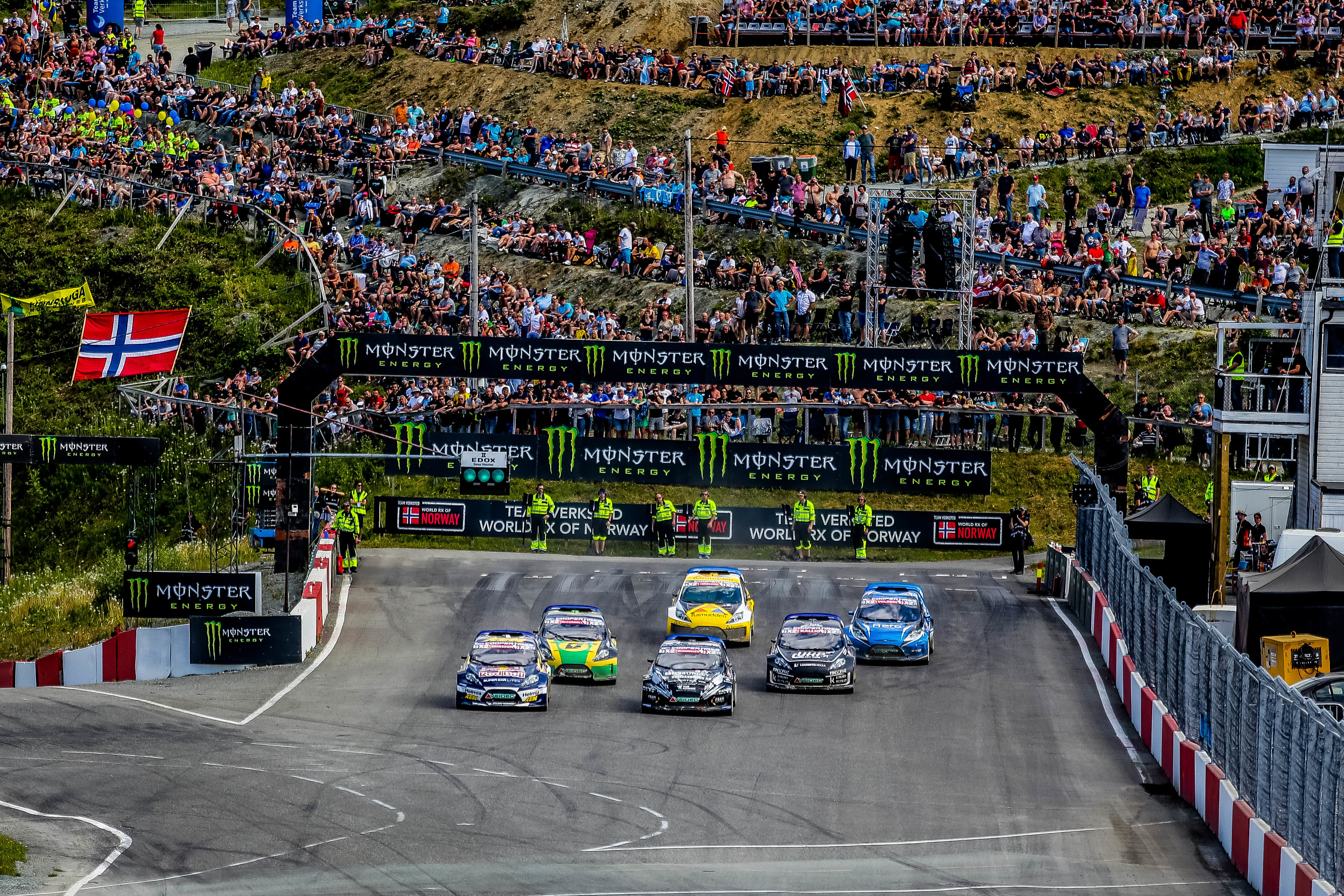 Over the past two-and-a-half years, the RX2 International Series presented by Cooper Tires has firmly established itself as the breeding ground for the FIA World Rallycross Championship stars of the future, and a bumper crop of 23 budding Timmy Hansens and Andreas Bakkeruds are set to thrill fans at Höljes’ fast-approaching ‘Magic Weekend’ (6/7 July).

Local hero Oliver Eriksson leads the field into Sweden, having extended his advantage at the top of the title table last time out in Norway with a fourth consecutive victory in 2019. The defending champion holds a 21-point margin over his nearest rival and is unquestionably the man to beat – and having narrowly missed out on a rostrum finish on home soil last year, he is feeling particularly fired-up for a champagne celebration.

“Höljes is just an awesome event,” the 20-year-old enthused. “It attracts a huge number of spectators, and the Swedish summer vibe is in full swing. The track itself obviously needs no introduction – it’s one of the true, old-school classic rallycross circuits and something of a mecca in the sport.

“Last season, a malfunctioning gear lever kept us off the podium, but hopefully we’ll have better luck next weekend and I promise I’ll be giving it full gas to try to keep this current winning run going!”

Closing in on the top step

Ominous as that may sound, Eriksson’s competitors can at least take comfort from his difficulties at Höljes 12 months ago. What’s more, his closest pursuers – his own Olsbergs MSE team-mates Jesse Kallio and Fraser McConnell – have both shown they have the pace to vie for victory this year in their rookie campaign in the official World RX feeder series.

Kallio has reached the rostrum in every round to-date – coming within a whisker of triumphing at Spa-Francorchamps – while McConnell’s swashbuckling driving style and scintillating raw speed have already earned the Jamaican a legion of admirers.

‘Best-of-the-rest’ Ben-Philip Gundersen is continuing to climb back up the order following a troubled start to the season in Spain. The Norwegian ran Eriksson particularly close in Hell and is not afraid of going wheel-to-wheel with anybody. He will be partnered under the JC Raceteknik umbrella next weekend by Sweden’s Jimmie Walfridson, who impressed on his series debut on home turf last summer.

Sami-Matti Trogen has been a consistent threat for SET Promotion, and the Finnish teenager will be rejoined at Höljes by countryman Jami Kalliomäki, returning to RX2 for the first time since the end of 2018.

Vasiliy Gryazin has already proved his podium credentials this year with Sports Racing Technologies, while Anders Michalak is going from strength-to-strength in his third season in the series. Along with reigning EuroRX TouringCar champion Steve Volders and record-breaking former Olympic athlete Albert Llovera, the Swede is leading the charge for RX2’s ‘older generation’.

William Nilsson returns to the fray after missing the most recent round, and he will be bidding to replicate his top three finish at the ‘Magic Weekend’ from 2017, while Linus Östlund will be sure to receive the lion’s share of fans’ support as he makes his seasonal RX2 bow with Olsbergs MSE. The 19-year-old from Långav near Sysslebäck practically grew up testing and racing at Höljes, so if anybody understands the key to a quick lap time around the track, it is him.

“It’s fair to say I probably know Höljes better than most,” acknowledged Östlund, “but in a series as competitive and fiercely-fought as RX2, you need more than just local knowledge if you want to succeed. I reached the rostrum there in RallyX Nordic earlier this year, which is hopefully a promising sign, and after missing out on the RX2 semi-finals by just one position last summer, that has to be my primary goal this time – at the very least…”

Simon Olofsson and Marcus Höglund are both similarly swift Swedes well capable of pushing for the podium, and compatriot Mats Oskarsson will be aiming to convert the flashes of speed he has shown thus far in 2019 in RallyX Nordic into a strong result on his first RX2 appearance since this time last year.

Martin Enlund will make his series debut next weekend, with the entry list completed by a quartet of rapid Norwegians – Petter Leirhol, Morten Asklund, Stein Frederic Akre and Lars Erik Haug – and a brace of highly-rated French hotshots. Damien Meunier is set to rejoin the grid for the first time since Spa, as Yann Le Jossec prepares to test his mettle against the crème de la crème of upcoming rallycross talent.

The Höljes RX2 action will begin with free practice on Friday (5 July), the opening three qualifying races on Saturday (6 July) and the remaining qualifier, two semi-finals and final on Sunday (7 July). Fans will be able to watch all of the qualifying races live via the FIA World RX and RX2 Series Facebook pages, with the semi-finals and all-important final featuring as part of the live World RX television broadcast.

Make no mistake – with 23 competitors all putting it on the line for just six final places, it’s going to be epic!