Butcher bags double before Hill ends weekend on a high 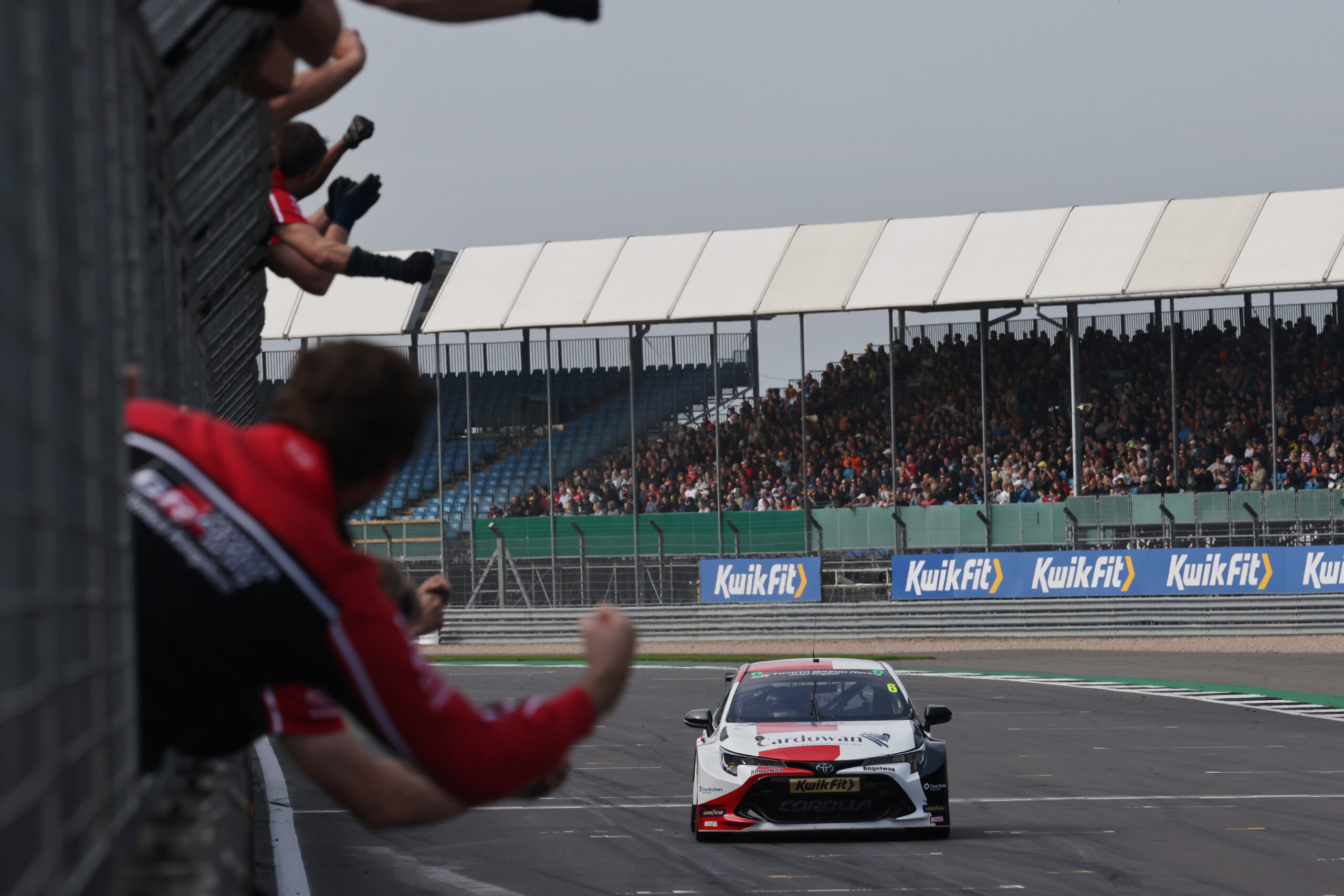 Butcher enjoyed the most remarkable weekend of his BTCC career so far, as the Scotsman topped both free practice sessions and qualifying on Saturday, before going on to win the first two races on Sunday.

Having initially lost the lead to fellow front-row starter Tom Ingram in the opener, Butcher lunged past the Ginsters EXCELR8 with TradePriceCars.com Hyundai at Brooklands on lap three.

He eventually pulled away to take a comfortable victory, whilst Ingram held on to second, albeit coming under race-long pressure from the Vauxhall Astra of Daniel Lloyd.

Adrian Flux with Power Maxed Racing’s Lloyd performed brilliantly, as he did all weekend, to take his first podium since 2018.

The dream weekend for Speedworks Motorsport continued in race two as Butcher secured a more routine lights-to-flag success, with Ingram again following him home in the final results ahead of Team BMW’s Colin Turkington.

Josh Cook had finished second on the road but was later disqualified for a technical infringement when his car failed a post-race ride height check.

The final bout belonged to Hill as he completed the perfect recovery performance throughout Sunday.

Hill – fresh from his triumph at Croft – arrived in Northamptonshire with a ballast-laden Ford Focus, which seriously dented his hopes during qualifying.

Steady progress in race one was followed by a great drive in race two – finishing ninth from 21st on the grid – setting up a race-winning opportunity in the finale.

With only the Adrian Flux with Power Maxed Racing duo of Lloyd and Jason Plato ahead of him, he easily dispatched the latter off the line.

A game of cat and mouse ensued as Hill’s Ford went side-by-side with Lloyd’s Vauxhall on a number of occasions, before the former made a firm move through Copse shortly after mid-distance.

Chris Smiley hung on well to fourth in his EXCELR8 Motorsport-run Hyundai, ahead of Team BMW’s Stephen Jelley and Plato, who had dropped down the order following a sluggish start.

Laser Tools Racing’s Sutton scored another trio of top six finishes as he extended his advantage in the Drivers’ standings to 36 over Ingram, with Hill now a further two in arrears.

It was an historic weekend for the UK’s premier motorsport series as the BTCC’s Hybrid era began with 2013 champion Andrew Jordan piloting the all-new Hybrid Toyota Corolla.

The car contested all official sessions at Silverstone – setting the fastest lap in race two – as part of a demonstration of the hybrid system. All BTCC cars will run hybrid energy from the 2022 season onwards.

Rory Butcher said: “We’ve almost had a clean sweep this weekend! Race one was just an enjoyable race, it was fantastic. I knew that on lap one I wasn’t going to get the lead. But it was nice to have the pace to get back onto Tom [Ingram’s] bumper and get past him.

“Things were tougher with a whole chunk of ballast on-board in race two, but the team managed to get the Corolla into such a good window, and I was amazed by how the car handled. I could obviously feel the extra weight, but it didn’t actually hurt me that much, which is testament to the incredible job done by all the Speedworks boys and girls.

“They’ve given me such a fantastic car over the last few weekends, and it was great to be able to reward them for everybody’s hard work. We just fine-tuned the car over the weekend – the car is just doing exactly what I want it to do.

“A quite special and near-perfect weekend. We’re not going to stop pushing. We’re going to keep trying to find more time from both me and the car.”

Jake Hill said: “This is what relief looks like – wow! Obviously, that’s what I wanted. I knew the car was suffering [with the weight] on Saturday, so I wanted to get the reverse grid and to finish somewhere sensible, but I didn’t expect a win quite like that. It was great, what a fantastic race with Dan [Lloyd], I thoroughly enjoyed it. We come home winners again, I’m absolutely over the moon.

“I pulled a comfortable gap, kept him there and it was all good. I did make a couple of little mistakes, he reeled me back in and got close again. Then, I don’t know if he made a small mistake, he dropped back a bit and let me breathe for the last couple of laps. It was a really good race, I enjoyed it a lot. I really want to say a massive thanks to my engineer Craig and all the team at MB Motorsport for turning this thing around, because we were genuinely struggling, and they’ve brought it back to being a race-winning car.

“They re-engineered the front of it, we were really struggling with the front of the car, we just had to think quick. We’re lucky with having three other team-mates all running slightly different things, we just picked the best of both worlds and it paid dividends.”

Ash Sutton said: “This is what we aim for! Obviously race one and two you just have to bag those points, and when they all fall behind you it’s time to make hay while the sun shines. We did exactly that!

“Realistically, I wouldn’t have had enough laps to put a move on [Hill and Lloyd]. Around here, you’ve got to get set up quite early on. I was hunting it down and gave it a good shot in those last few laps, to pull that gap down, but I didn’t have as many laps as I needed.

“That result way key. I know those guys dropped back a little bit, so to pull 11 points out of them in that one race, just shows where we are with the championship. If we look back at where the car was when we first rolled it out, obviously we’ve got a few little things up our sleeves. The car’s phenomenal. We got it dialled in [at Donington Park] last year, so I’m buzzing to get there.”