CAPITAL CITY CELEBRATES THE PAST, PRESENT AND FUTURE OF THE CAR 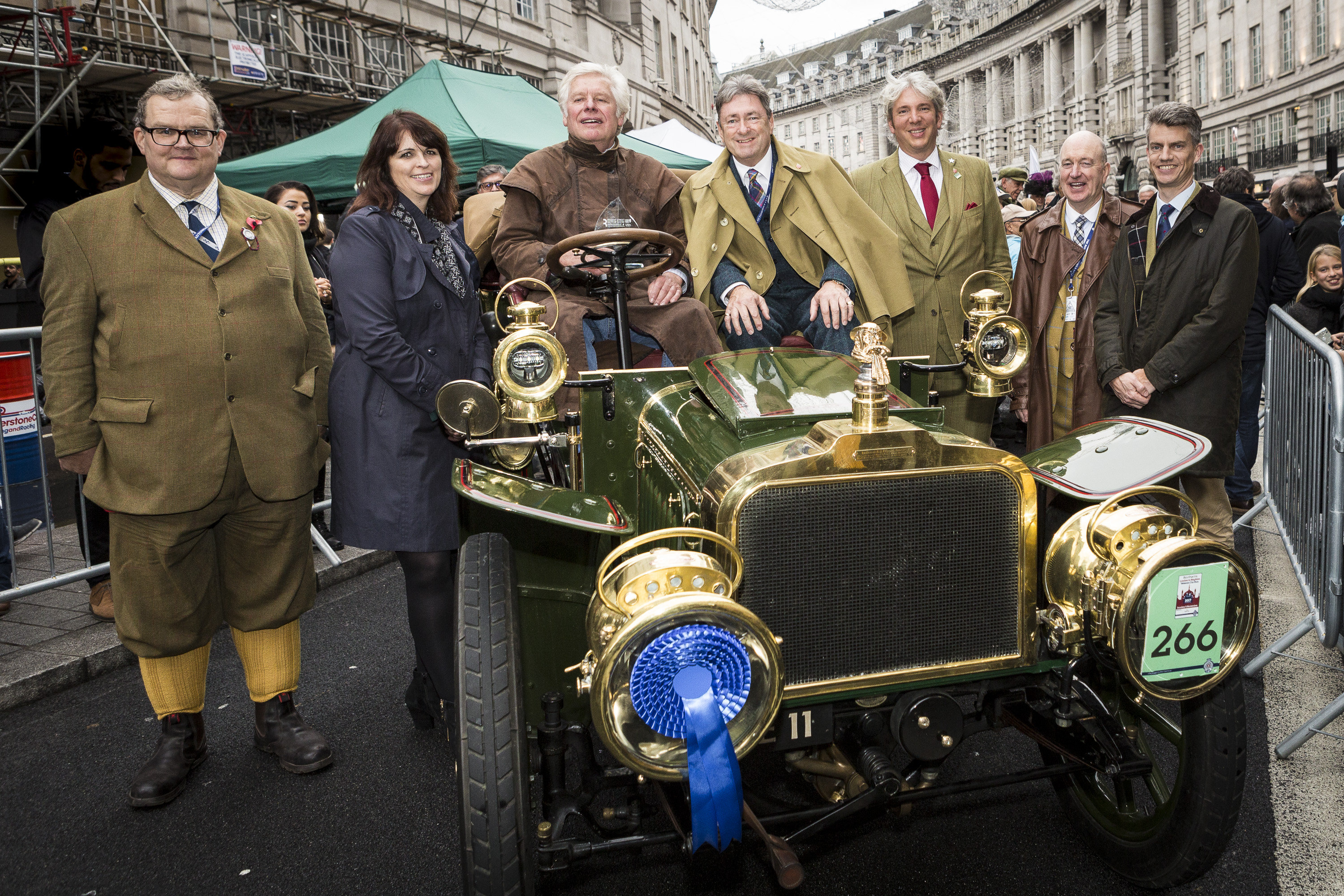 As tradition now dictates, the famed street was closed to through traffic for the first Saturday in November and the road filled with a glittering collection of cars from the past, the present and the future. With city motoring currently in the political spotlight, it was no surprise that those attending this year included the Rt Hon Chris Grayling MP, Secretary of State for Transport and Ian Adams, the Lord Mayor of Westminster joined by their respective wife and Consort.

Providing all-comers with a timeless showcase, close on 200 vehicles from the days of the horseless carriage, through the classic years right up to the battery and hydrogen-powered cars we will all be driving in the future, were all taking part in the annual Regent Street Motor Show which, this year, was presented by Enjoy Illinois Route 66.

Illinois and the famous Route 66 was promoting the US state and America’s ‘Mother Road’ with one lucky visitor winning a four-night holiday, including flights and accommodation to the state. The busy Illinois stand featured an eye-catching display of American automotive nostalgia, providing a good photo opportunity for many of the visitors.

Taking centre stage at the Show, though, were around 100 pioneers ­dating back to the dawn of motoring – all built before 1905. They and their passengers, many in period costume, were taking part in the annual Veteran Car Concours d’Elegance prior to setting off at dawn on Sunday morning for the time-honoured pilgrimage from London to Brighton in the famous Bonhams Veteran Car run, supported by Hiscox.

Among those judging the evocative veteran machines this year was renowned gardener and classic car enthusiast Alan Titchmarsh. After much deliberation, the panel of experts awarded the Overall Winner’s trophy to the extraordinary dark green 4-cylinder Darracq owned by Malcolm Ginns (photo above).

The French car has a remarkable history having been entered into the ill-fated Paris to Madrid ‘race of death’ in May 1903. More than two million spectators came to watch along the road to Bordeaux, where this notorious race was officially halted as there had been so many fatal accidents en route – the largest toll of dead and injured persons recorded in motor sport, including the death of Marcel Renault. Along with a number of other entrants, the Darracq’s owner, Albert Arvengas, went on to Madrid.

The car remained in the Arvengas family until the 1970s and to this day still carries its original rear-entrance, tonneau body with five seats.

Further up Regent Street, and bringing the motoring story up to date, were displays of modern cars and bikes from companies including Renault and Triumph.

Not content with the present, Go Ultra Low was looking to the future by offering drives in a wide range of contemporary battery-powered electric vehicles and plug-in petrol-electric hybrids from manufacturers including BMW, Renault, VW, Toyota, Kia and Hyundai. Experts were also on hand to offer advice to anyone considering a zero or low emission and hybrid car as their next purchase. Visitors were also offered short ‘taster’ test drives allowing them to sample the next generation of environmentally friendly transport.

In keeping with the low emission theme, Harrods was displaying its electric vehicle fleet from the battery-powered 1901 Pope Waverley to the newest Nissan e-NV200 delivery van.

For those with a need for speed, other displays on Regent Street included a preview of the biggest classic motor sport event on the calendar – the Silverstone Classic. It’s stand not only included a huge screen broadcasting highlights from last summer’s record-breaking event, but also ­three of the stand-out racers that will be in action next July.

Motoring’s classic years, meanwhile, were represented by the Fiat 500 Club celebrating the 60thbirthday of Italy’s iconic city car with colourful collection of original superminis including a rare Giardiniera and 500 Saloon. Closer to Piccadilly Circus, another very special display paid homage to London-built Talbots from the twenties and thirties.

It wasn’t just cars, either. Musical interludes came from the talented West End Kids who performed throughout the day while the Movember Foundation presented a pop-up station giving visitors a close shave as ‘moustache month’ kicks off.

Visitors could also discover what it’s like to drive a Mercedes F1 car in one of two Top GearExperience simulators. And, of course, there was ample opportunity to drop into the flagship stores on Regent Street to do some pre-Christmas shopping.

The Regent Street Motor Show, which was first staged in 2005, regularly attracts close to 400,000 visitors and, despite a damp start to the day, this year’s Show was just as popular.

“Once again, the Regent Street Motor Show really did have something for everyone, acting as the perfect prelude to tomorrow’s London to Brighton Veteran Car Run,” said Peter Read, Chairman of the Royal Automobile Club’s Motoring Committee.

“The annual event goes from strength to strength and marks one of the highlights of the Club’s London Motor Week – a seven-day celebration full of motoring events staged by the Royal Automobile Club, which culminates as hundreds of these wonderful veteran cars reach the Sussex coast on Sunday afternoon.”

The Regent Street Motor Show and the Veteran Car Run are key events in the week-long London Motor Week run by the Royal Automobile Club.