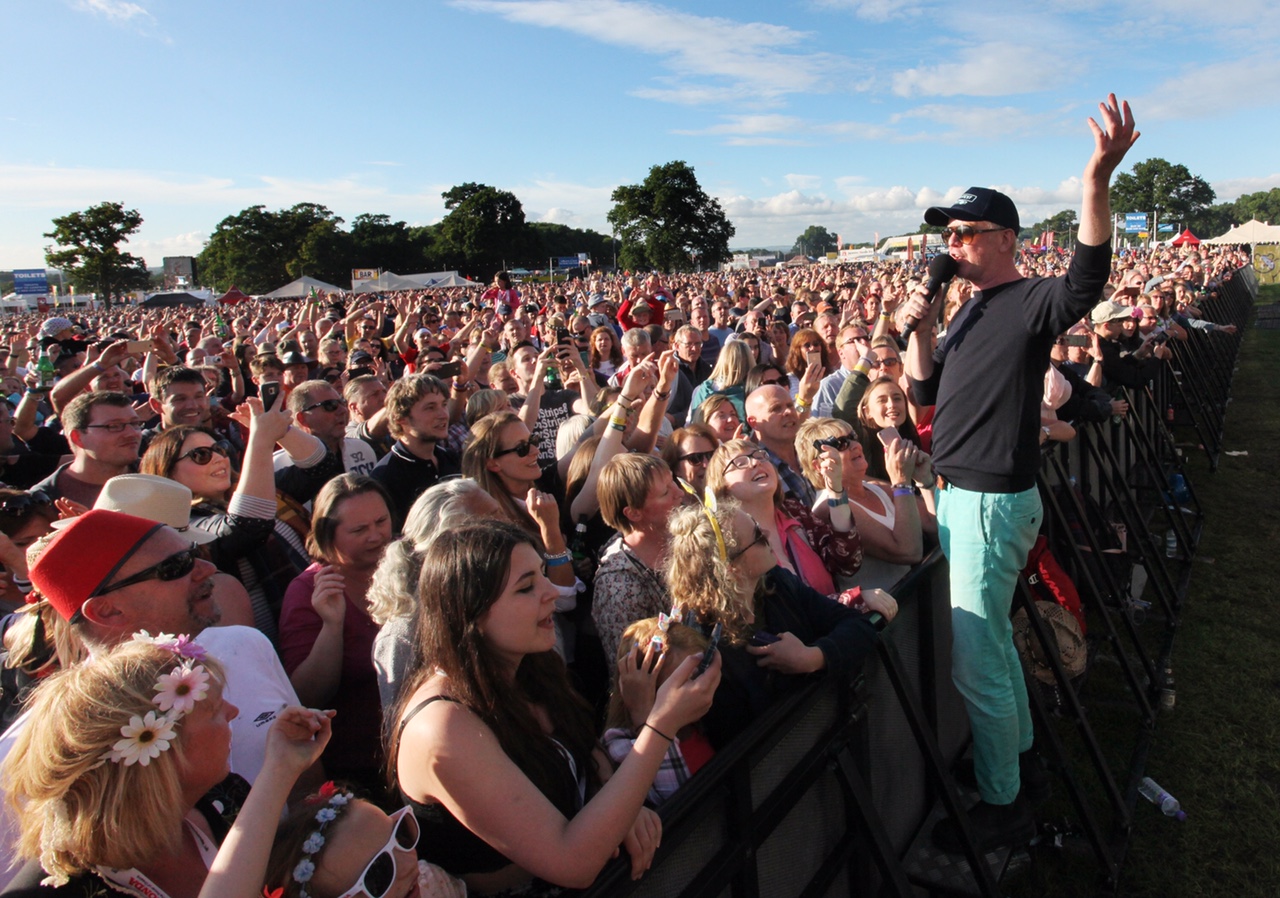 A packed-out audience soaked up the summer sun, a captivating collection of cars, adrenaline-fuelled activities, fabulous food and timeless tunes at CarFest North last weekend (29-31 July), as the motoring-themed extravaganza settled spectacularly into its new home at Bolesworth in Cheshire.

The brainchild of BBC Radio 2 Breakfast Show host Chris Evans, CarFest North 2016 marked the ninth edition of the family-friendly festival. The eight events held thus far have raised in excess of £6 million for BBC Children in Need, a figure that is set to rise significantly by the end of this year.

Bolesworth’s beautiful and capacious grounds provided a fitting backdrop to what has become one of the most well-loved and well-attended festivals on the calendar – with every CarFest to-date being a sell-out success.

CarFest North 2016, though, was extra-special and was indisputably the biggest and best yet, with more cars than ever before, countless manufacturers lending their support and some of the hottest – or should that be coolest – live music acts on the planet.

The story of motoring was told via The Time Tunnel, as 40 iconic cars from down the decades went on display, from a classic turn-of-the-20th century Oldsmobile right up to the present day with a 2016 Tesla Model X from the pioneering American electric car manufacturer.

Other highlights included a 1913 Ford Model T – an example of the car that was generally regarded as the world’s first affordable automobile – a 1948 Series 1 Land Rover, a 1967 Ford Mustang Coupé and a homologated 1984 Audi Quattro. Not forgetting, of course, a 1982 DeLorean DMC-12 – think Marty McFly and ‘Back to the Future’ and you won’t be far wrong…

Throw in Chris Evans’ Famous Five, a Sporting Bears auction, the show-stopping Top Gear Stunt Team led by Paul Swift and smoke-spewing hot rods amongst a myriad of other automotive attractions, and petrol-heads were well catered for indeed over the weekend.

There was even a new Guinness World Record attempt for the world’s largest selfie at Mega Mega Land, while each day, a chart-topping bill of live music had the capacity crowd dancing and swaying into the night. The acts ranged from electronica group Faithless to Scottish rockers Travis and The Proclaimers, reunited duo Paul Heaton & Jacqui Abbott, soul star James Morrison, Irish comeback quartet The Corrs and reggae king Billy Ocean, with indie legends the Kaiser Chiefs and global superstar Bryan Adams closing the show respectively on Saturday and Sunday night.

“This has been, quite simply, the best CarFest yet,” enthused event host Evans. “We had so much fun and it was fantastic to see so many people with smiles on their faces throughout the weekend – and better still, we get to do it all over again in four weeks’ time!”

The high-octane entertainment next moves on to the sold-out CarFest South at Laverstoke Park Farm in Hampshire over the weekend of 26-28 August.