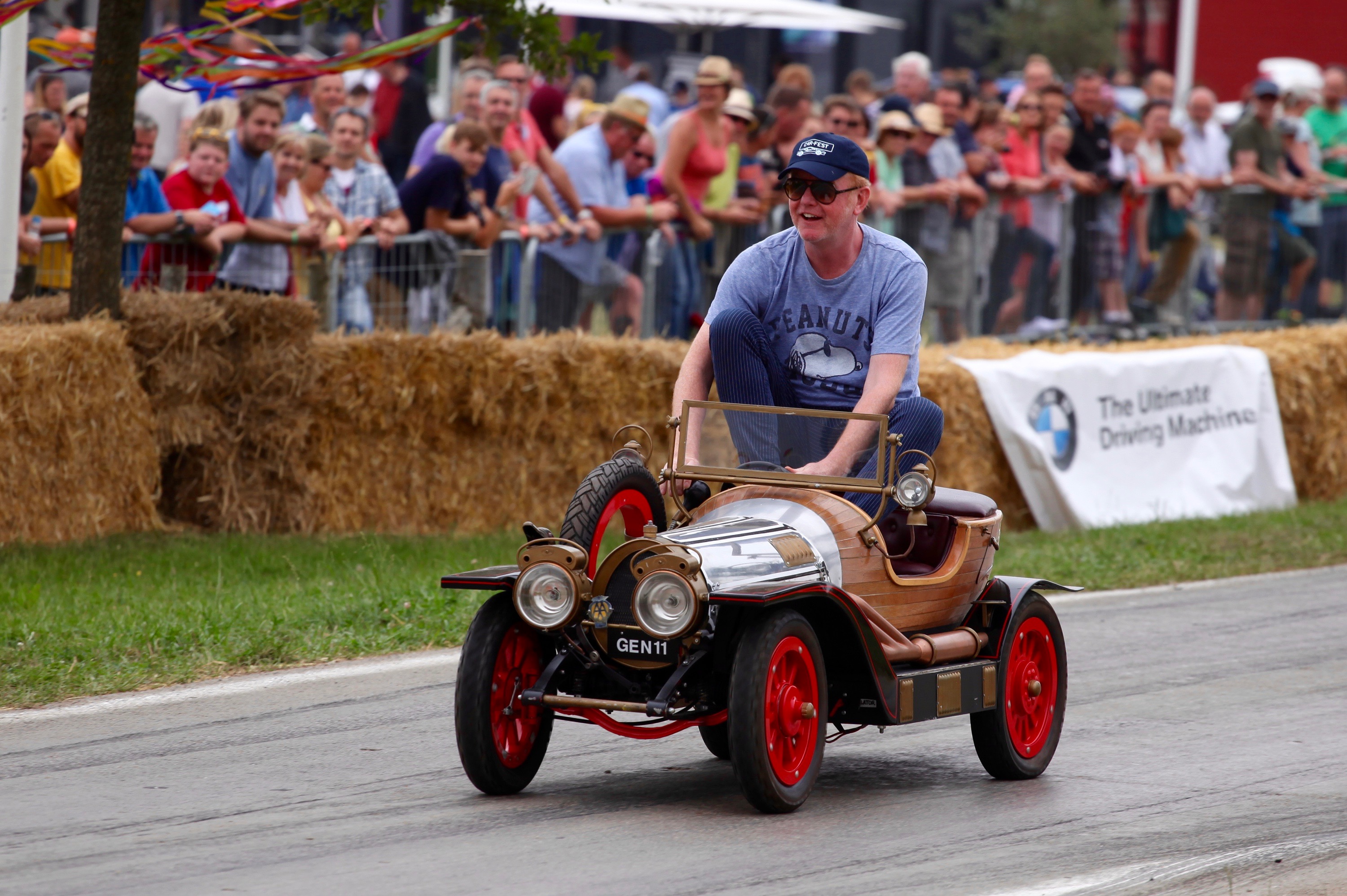 It was back in the Spring of 2012 that BBC Radio 2 Breakfast Show host Chris Evans first dreamt up his concept for the perfect family festival. The inaugural event would feature a mouth-watering medley of great cars, fabulous food, live music plus an intoxicating mix of entertainment to enthrall and inspire all ages.

Such was the public’s enthusiasm for the initial three-day event – hosted by former F1 world champion Jody Scheckter at his award-winning bio-dynamic and organic farm near Basingstoke – that a CarFest North in Cheshire was immediately added to the bill.

Since then, two magical CarFests have been held each and every summer, thrilling in excess of 500,000 festival-goers and raising more than £6m for BBC Children in Need – figures that will rise significantly again following this year’s latest pair of sell-out extravaganzas.

Indeed, since its inauguration five years ago, CarFest South has gone from strength-to-strength – Evans himself hailing last weekend’s as the biggest and best yet.

“Oh my goodness; time really does fly when you’re having so much fabulous fun – I can’t believe we’ve now reached double figures!” he beamed. “I know we’ve said it before and I hope we’ll say it again, but these CarFests just get better and better and better. I just had a crazy idea one morning and now five years on, thanks to so many wonderful people, the reality has wowed hundreds of thousands of CarFesters and raised many millions for BBC Children in Need. What’s not to like about that… other than the fact we have to raise the bar even higher in 2017!”

The latest CarFest certainly will be a tough act to top. A sell-out audience soaked up the summer sun, a captivating collection of cars, adrenaline-fuelled activities, fabulous food and timeless tunes.

As ever, Scheckter himself was to the fore on home soil, the 1979 title winner taking the chance to blast several of his F1 winning cars up own his farm drive as well as a new acquisition, a 1956 Porsche tractor. He wasn’t the only world champ in action, though.

The story of motoring was told via The Time Tunnel, as 40 iconic cars from down the decades went on display, from a classic turn-of-the-20th century Oldsmobile right up to the present day with one of only two dozen Aston Martin Vulcan hypercars each valued at more that £2 million.

Other highlights included a 1904 chain-driven Maudlsay, the restored Babs land speed record breaker complete with its flame-spitting 27-litre V12 Liberty aero engine and a Ferrari F40, the world’s first 200+mph supercar. And no Time Tunnel would be complete without a 1982 DeLorean DMC-12 – think Marty McFly and ‘Back to the Future’ and you won’t be far wrong…

Throw in Chris Evans’ own Famous Five, a Sporting Bears auction, the show-stopping Top Gear Stunt Team led by Paul Swift and smoke-spewing hot rods amongst a myriad of other automotive attractions, and petrol-heads were well catered for indeed over the weekend.

The acts on the evening music stage ranged from teenage heart-throbs Ronan Keating, Will Young and Rick Astley to Welsh rockers Stereophonics, former The Verve front-man Richard Ashcroft, the Military Wives from BBC 2’s The Choir and chart-toppers Status Quo, who closed the show to a rapturous reception on Sunday night.