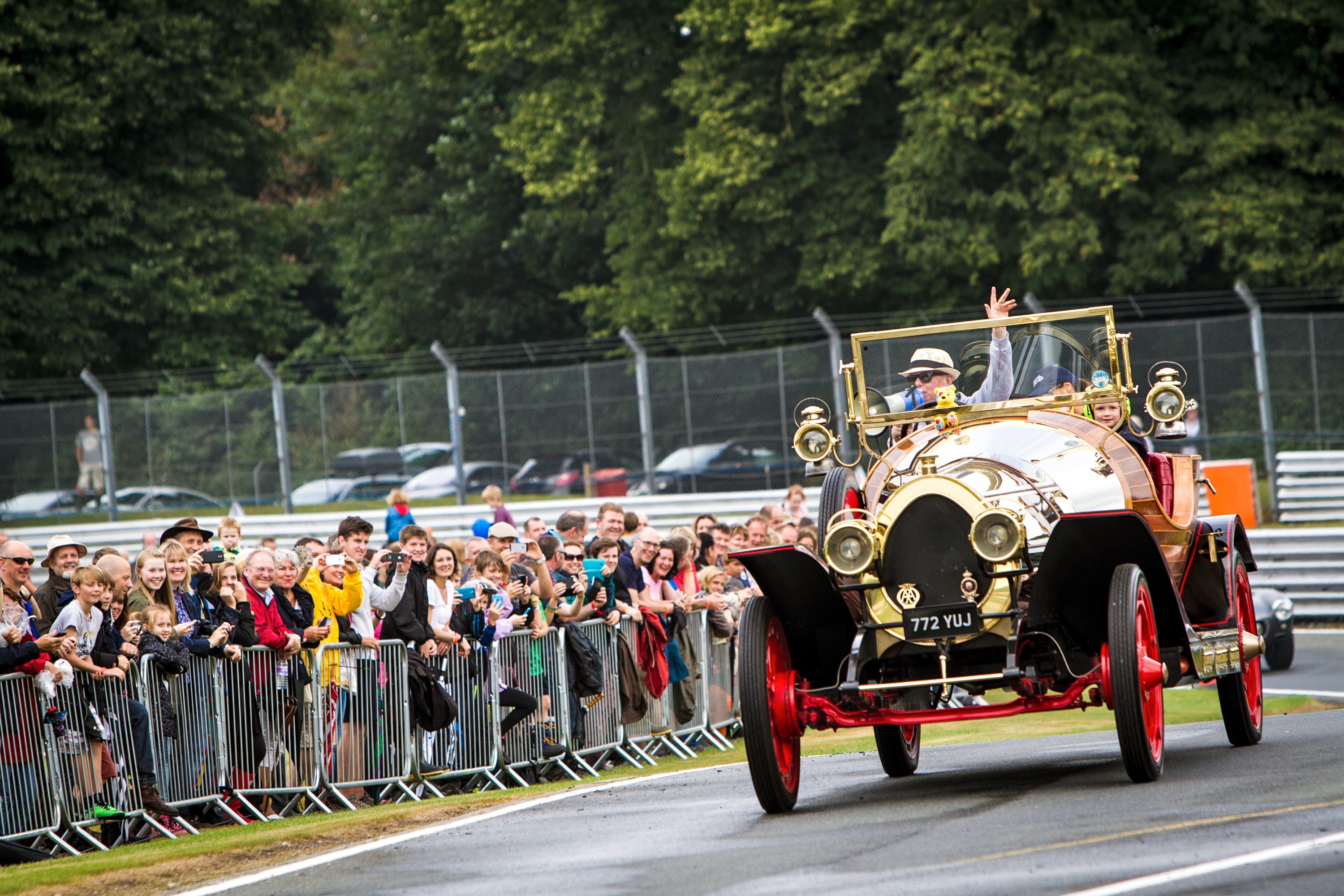 If it’s got wheels, it’s likely to be at CarFest. The two-venue, fun-filled, family weekends promises a feast of fabulous cars ready to smoke some tyres in the name of charity.

Inspired and hosted by BBC broadcaster Chris Evans, both CarFest North (Oulton Park, Cheshire, 31 July-2 August) and CarFest South (Laverstoke Park Farm, Hampshire, 28-30 August) will boast some of the most desirable, rare, and in some cases, most valuable cars ever made.

The Cars will be taking to the track to thrill and raise even more money for BBC Children in Need. With a minimum of 25 per cent of all ticket income going directly to the charity CarFest, now in its fourth year, has already raised more than £3.5 million.

After the Magnificent Sevens of previous years, this summer the amazing line-up of cars will count down from 12 to F1 under a variety of different headings. First up there’s the Dirty Dozen: 12 eye-catchers from Evans’s own collection of Ferraris, Astons, Mercs and Jags.

Just a few of the other mouth-watering machines promised include F1 cars from Lotus, McLaren, Toleman, Arrows, Ferrari and Benetton; an Austin A60 pick-up dragster; Colin McRae’s Subaru Impreza rally car; a La Ferrari supercar; a 1932 Ford Deuce Coupe; a fearsome 1903 Itala race car and a 1968 VW Split Screen camper. The list is a diverse as it is long.

There will be displays from a host of car clubs and special celebrations to mark 60 years of the Citroen DS, 50 years of the Ford Transit and Alfa Romeo’s 105th birthday. The Sporting Bears charity, meanwhile, will be offering even more passenger rides in a variety of classic and supercars. What’s more this year there’s the opportunity to pre-order these rides.

Cars are only part of CarFest, of course. There’s a festival of music with performances from the likes of the Boomtown Rats, Take That, Seasick Steve, Jools Holland, Level 42, Bellowhead, Paloma Faith, Texas, Will Young and The Feeling all performing either at CarFest North or CarFest South… for some, both.

CarFest also offers the finest  food to ensure that all fans, whether they are coming for just a day or staying for the whole weekend, will feast on more than just cars.

“CarFest is now entering its fourth season and every year the track show just gets better and better,” says Bas Bungish, Event Director, Brand Events. “Thanks to the huge generosity of some famous car collectors and the enthusiasm of car loving public, we continue to bring together a truly wonderful collection of eye-catching machines ranging from the bizarrely whacky to priceless icons. The glorious gathering never ceases to amaze.”

The only piece of bad news for those who haven’t booked their tickets yet is that CarFest South is fully sold out, as are the Saturday and Sunday at CarFest North. There are still a limited number of tickets left for Friday (31 July) at CarFest North, at £60 for an adult and £11 for those aged 6-16after the majority were snapped up within minutes of being put on sale during Evans’ award winning Breakfast Show on BBC Radio 2.

Still undecided? Quite apart from the fabulous cars and other happenings on what’s a full day of top class family entertainment, just look at Friday’s music line-up at Oulton Park, which includes The Lionels, The Christians, The Boomtown Rates, Scouting for Girls, Billy Ocean and, topping the bill, Primal Scream.

Full details of both 2015 CarFests can be found on the official website at www.carfest.org.