CELEBRATING 30 YEARS SINCE THE FIRST CLASSIC EVENT AT SILVERSTONE 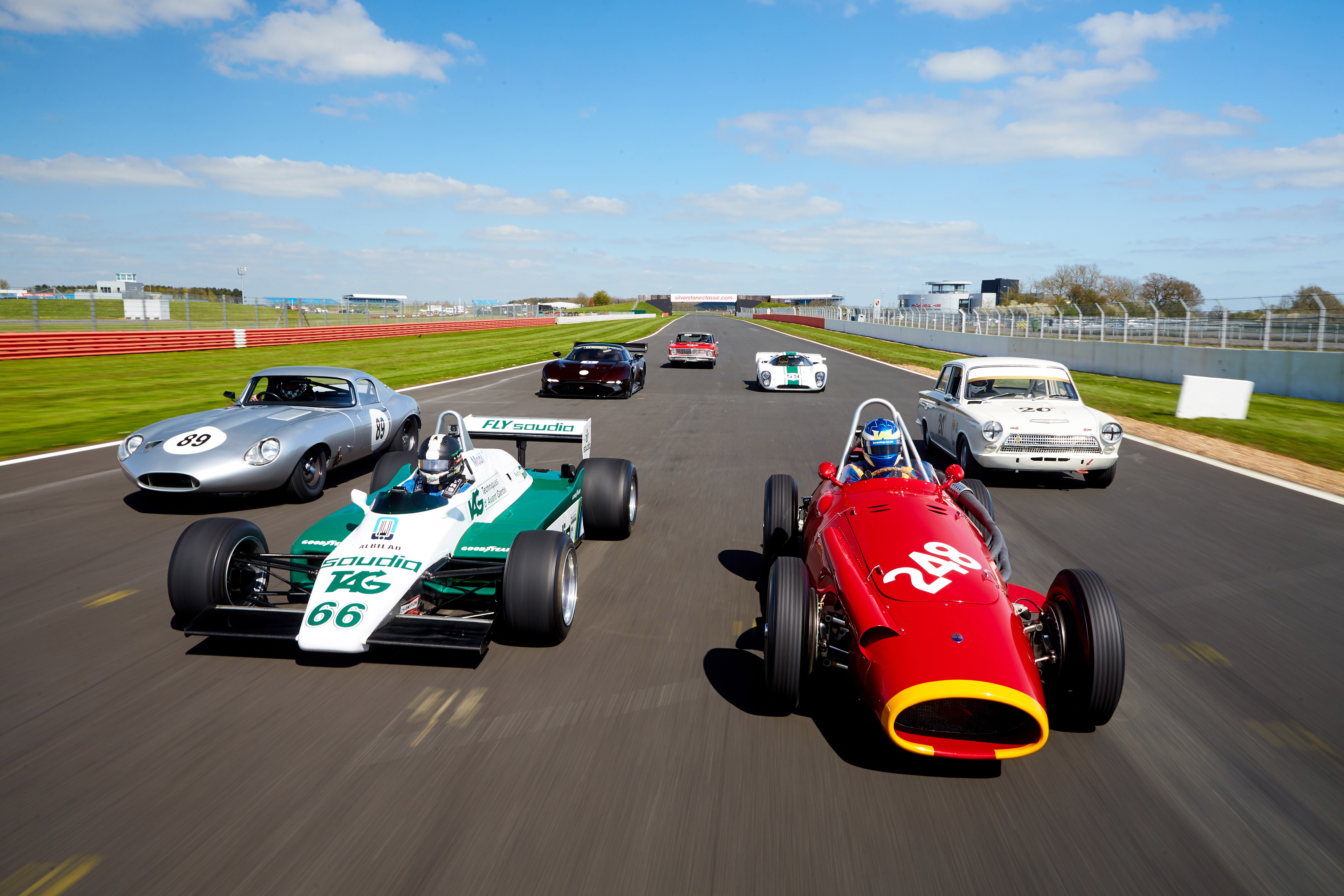 What’s more, a one-off special 30th anniversary celebration package is announced today for all those lucky enough to own a classic car that dates back to the days before Silverstone hosted its very first historic festival in 1990. That was the original game-changing event which has subsequently spawned numerous retro-racing gatherings all over the globe as well as a massive historic motorsport preparation sector mainly based in the UK.

The three-day weekend package is open to all pre-1990 classic cars that have passed their 30th anniversary milestone. It includes two adult weekend tickets, a vehicle display pass enabling owners to park their car infield in a dedicated anniversary display area, plus they’ll be able to take to the track on Friday for a special anniversary track parade. Not only that, but there’s also a saving of £30 on the price of two adult weekend tickets in any given pricing period.

The current cost-effective Super Early Bird offer is open to all those purchasing before the end of the year making these the perfect Christmas present. As a further incentive, all those booking 2020 tickets before midnight tonight (Friday 25 October) will be entered into a prize draw and in with the chance of winning a range of “Golden Ticket” prizes including a hot lap around the full Silverstone Grand Prix Circuit on the Classic’s Preview Day, or a ride in a course car during the event, or even a upgrade to enjoy hospitality in Parc Fermé courtesy of Adrian Flux. There’s also the chance to win a Black Ticket courtesy of the event’s tyre partner, Yokohama HPT, with the winner receiving a full set of tyres*.

Car Club Display packages are also on sale offering both further savings and infield display parking. Last year many of these sold-out well in advance of the festival and so it is no surprise that an unprecedented number of more than 50 clubs have already registered for the 30th anniversary  Silverstone Classic in 2020, the provisional dates for which are 31 July to 2 August.

Full details of the on- and off-track family entertainment will be announced in the coming months but, as usual, the flat-out family fun at the Classic will include an unrivalled line-up of retro races, record-breaking car club anniversary celebrations and a fantastic live music line-up on both Friday and Saturday evenings.

In the meantime, all those attending next weekend’s free-to-view Illinois Route 66 Regent Street Motor Show on Saturday 2 November in central London will be treated to a sneak preview of next summer’s landmark festival.

“We have already announced some of the great track action that will be wowing visitors to the 30th anniversary Silverstone Classic and now, with the introduction of this very special 30th Anniversary Celebration Package, even more people will be able to join what’s going to be a very exciting three-day festival, even by our sky-high standards,” enthused Nick Wigley, Event CEO.