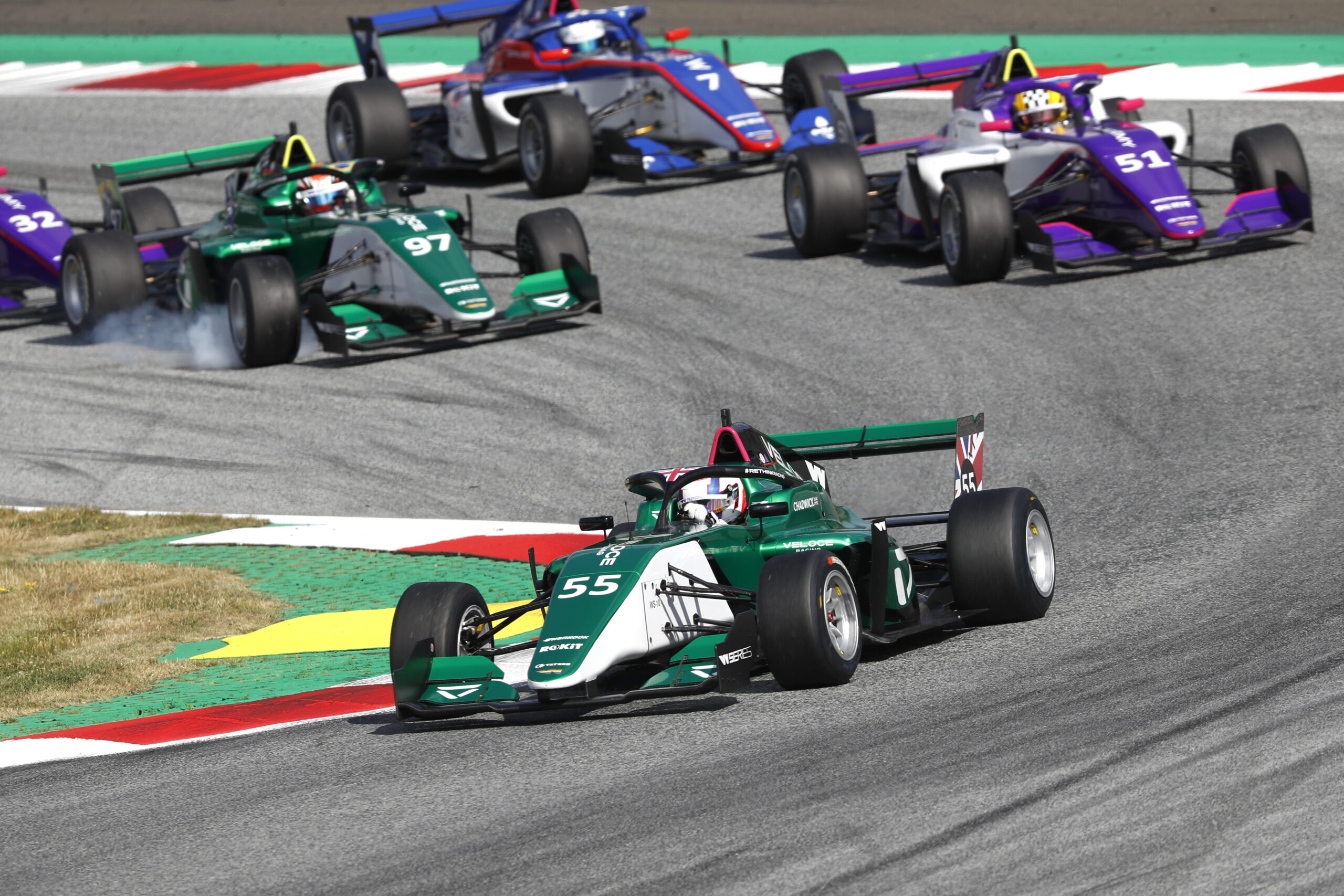 Veloce Racing will be looking to maintain its fine form when the 2021 W Series continues with Round 3 at Silverstone this weekend (16-17 July), and the fledgling team are set to be spearheaded by new Team Principal Mariella Bailey at the Northamptonshire circuit.

Veloce Racing made history at the Red Bull Ring earlier this month as reigning champion Jamie Chadwick claimed the team’s first-ever victory in real-world motorsport – and completed a grand slam in the process.

A fifth-place finish for team-mate Bruna Tomaselli ensured it was a race to remember for all involved with Veloce Racing’s W Series project, and now the team are searching for more success at Silverstone under the supervision of newly-appointed Bailey.

Chadwick currently leads the Drivers’ Standings by three points, having bounced back from a tough opening round of the season in Austria where she recovered to finish sixth after suffering a cracked turbo pipe.

The 23-year-old was then untouchable in the second leg of the curtain-raising double-header in the foothills of the Styrian Alps, securing pole position and registering multiple fastest laps as she led every single tour on the way to the chequered flag.

The reigning W Series champion will have all eyes on her this weekend with up to 140,000 fans set to be welcomed back track-side over the course of the British Grand Prix event.

While a total of six home-grown drivers will be racing at the circuit which proudly claims to be ‘The Home of British Motor Racing’, Chadwick’s Veloce team-mate Tomaselli will be seeking to rapidly get to grips with the 3.66-mile F1 configuration and upset the local hopes.

The Brazilian rookie put in a super display on her latest performance in Spielberg, building on experience gained in Round 1 to fight at the front and bank a solid haul of points, and she will be wishing to make a similar impact here.

Veloce Racing has used its home race as an opportunity to implement a new structure into the single-seater arm of the team, with Mariella Bailey taking on the Team Principal role.

The 25-year-old comes from a family with a rich motorsport heritage; father Julian Bailey is an ex-Formula One driver while mother Deborah Tee is the granddaughter of the founder of Motor Sport Magazine and runs her own media and communications agency.

Bailey began her career working in the sponsorship and marketing division of Deutsche Bank Wealth Management Group but simultaneously maintained a keen interest in motorsport, playing a key role in the early days of the Dare to be Different campaign which has subsequently evolved into the internationally acclaimed FIA Girls On Track initiative.

She later joined the burgeoning Veloce Group as Operations Executive, working across esports and Extreme E before heading up the recent move into W Series. Part of Veloce Racing’s mission upon entering W Series is to help inspire young girls towards interest in traditionally male-dominated fields, and Bailey’s appointment is another step forward for women in motorsport with Veloce once again showing a commitment to driving equality and altering gender role perceptions in the industry.

Jamie Chadwick, Driver, Veloce Racing said: “I cannot wait to get back behind the wheel at Silverstone. We had a frustrating start to the season with a disrupted Round 1 but it was clear that we had pace in Austria and everything came together in Round 2.

“I am confident we are in a good position to replicate that form on home turf, and I am excited to get to grips with the full F1 layout this weekend. Racing in front of packed grandstands will be an unfamiliar feeling, but I’m delighted to see fans back and we will hopefully put on a show for them.

“The appointment of Mariella is yet another reason to be excited for this weekend, and I look forward to working even more closely with her as we drive Veloce forwards.”

Bruna Tomaselli, Driver, Veloce Racing said: “I gained a lot of confidence from our latest race in Austria, and I feel that myself and Jamie worked really well together in order to maximise Veloce’s results.

“My target for Silverstone is to continue learning about the car and series, and then ideally gain another solid haul of points. It is exciting to be racing at a legendary circuit like Silverstone, and I will do my best to make the most of the opportunity.”

Mariella Bailey, Team Principal, Veloce Racing said: “I am thrilled to be taking up this new role with Veloce Racing, and I hope I will be able to continue the good work already done by everyone in the team by cementing our presence in the W Series paddock.

“Veloce’s W Series team is in a very strong position after the opening two rounds of the season, and we are primed to kick on after our maiden victory in Austria.

“This championship showcases some of the best female racing talent around, and it is important to reiterate how our participation marks us out as a forward-thinking, disruptive presence in real-world motorsport – mirroring our status in the virtual arena. With esports, Extreme E and W Series commitments, Veloce has a sustainable motorsport portfolio to be proud of.”

Rupert Svendsen-Cook, Co-Founder, Veloce Racing said: “We are delighted to promote Mariella to the role of Team Principal of our W Series team. Maz, as she’s known to the company and in the paddock, has grown up in and around motorsport, being part of a 3rd-generation motor racing family.

“She has been at Veloce for four years running operations for our esports, W Series and Extreme E teams where she has gained valuable experience and formed great relationships with our drivers and partners. We have been incredibly impressed by Maz and have great confidence in promoting her to this role. We are really excited for the team to operate under her leadership.”

This weekend’s W Series schedule sees practice run from 11:00 to 11:30 on Friday, 16 July, followed by a 30-minute qualifying session at 16:05. The race – set to last 30 minutes plus one lap – will start at 13:25 on Saturday, 17 July. British fans can watch Round 3 on Channel 4 from 13:05 on Saturday, while supporters around the world can keep up to date by visiting W Series’ digital and social channels.