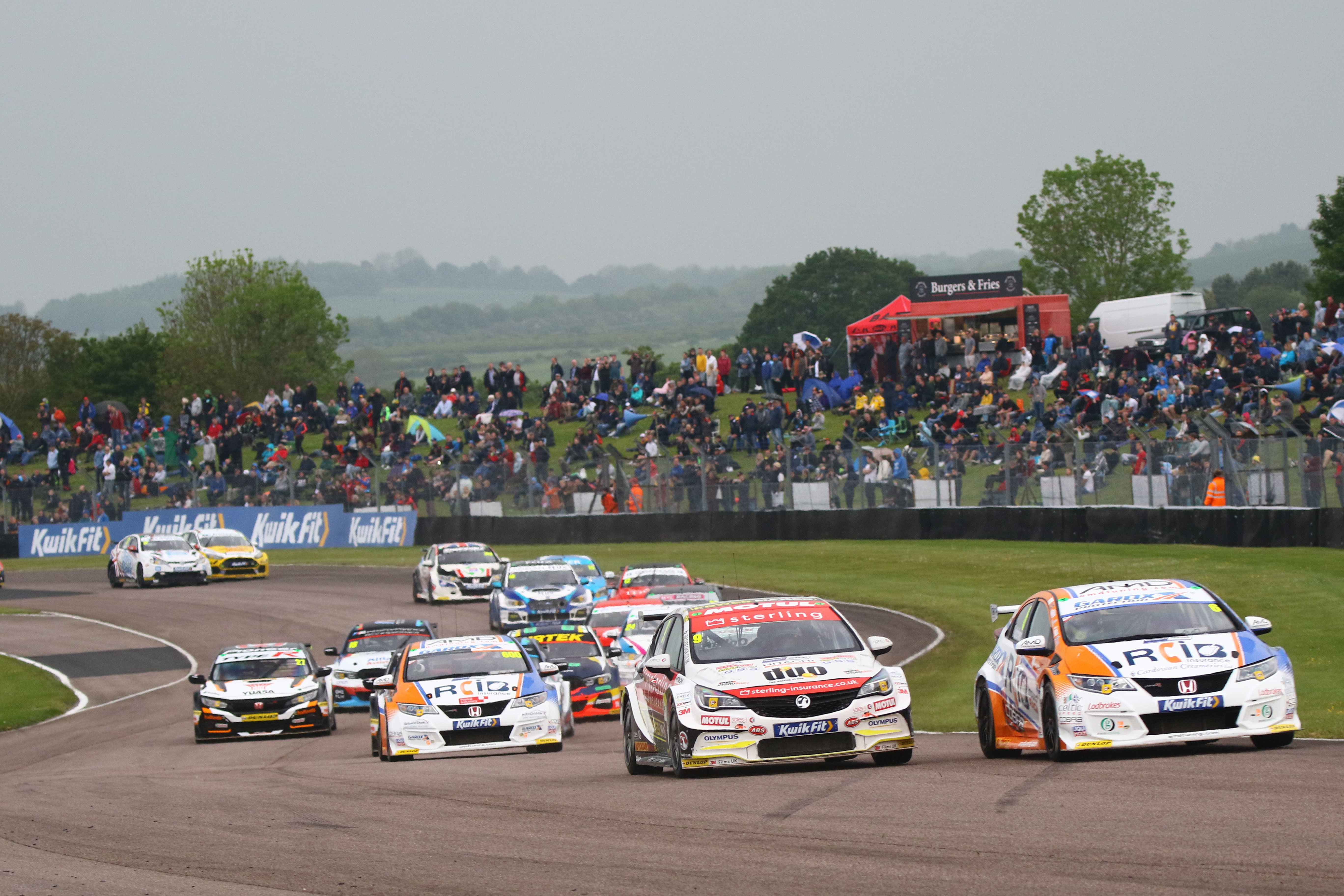 Five different race winners and half of the ultra-talented 30-driver grid have already stood on the BTCC podium so far this season, highlighting the competitiveness of this year’s line-up.

Croft is expected to welcome one of its biggest crowds in recent years while many many more will watch the exciting and unpredictable action unfold LIVE on ITV4.

BMW vs Subaru?
The all-round challenge of Croft Circuit has historically suited rear-wheel drive machinery, resulting in BMW and Subaru sharing 11 victories from the last 15 races at the popular venue.

Colin Turkington (Team BMW) and Ash Sutton (Adrian Flux Subaru Racing) have taken four wins apiece there since 2014 and all eyes will be on the dynamic duo again next weekend.

If reigning champion Turkington is to further enhance his ‘King of Croft’ moniker then the Northern Irishman will need to add to his win tally in the all-new BMW 3 Series.

The car has been rapid straight out of the box with Andrew Jordan claiming victory during its debut race day at Brands Hatch, as well as adding a further two successes at Thruxton last time out. Turkington did the double at Donington Park and it’s clear that the Bavarian marque has a potent weapon at its disposal.

Sutton – yet to win a race this season – is actually the form man at Croft with all four of his victories at the circuit, including his very first in the BTCC, coming since he entered the series in 2016. It could be argued that Japanese manufacturer Subaru has taken BMW’s mantle at the North Yorkshire track in recent times so it will be interesting to see who comes out on top next weekend.

“I’m always excited about going to Croft, it’s my favourite circuit,” said BMW star Turkington. “It’s got a lot of happy memories and I think we’re in good shape heading to North Yorkshire.

“That said, we go there with the 3 Series for the first time, and the circuit has been resurfaced, so there will obviously be some learning to do, but I just want to try and keep the momentum going and keep enjoying driving the car.

“This team knows where they’re at and we know what’s made us fast at Croft in the past so there’s no reason why we shouldn’t be strong.

“There’s always a lively enthusiastic crowd there and I definitely feed off that.”

Get a grip
One major change that has taken place at Croft Circuit since the BTCC’s last visit in 2018 is the resurfacing of the entire 2.13-mile track, which means the UK’s best drivers could be facing a different feel on-track next weekend.

Whilst the newly relaid surface is set to provide new levels of grip for competitors, the unique character and challenges that Croft has always presented remains the same, with the venue set to continue producing edge-of-the-seat entertainment.

“It has been a huge project but one that has proven to be very rewarding for everyone involved as the circuit now looks even more wonderful given that all of the work has been completed,” explained Tracey Morley, Croft Circuit Manager.

“A full resurface has been long overdue and conversations regarding the process had been ongoing for a number of months. One of the major points we worked on with Tarmac was to ensure that the circuit retained its character and the unique challenges it presented teams, drivers and riders.

“We’ve been successfully able to do that whilst also eliminating all of the past issues, ultimately enhancing the experience for everyone that visits the circuit and takes to the track.”

The BTCC’s Yorkshire boys have experienced mixed openings to their respective 2019 campaigns but all three have race-winning machinery beneath them.

Proctor has had a steady start to life at Subaru as he continues to acclimatise to a new car, whilst Cammish and Tordoff seem to be edging closer to the top step of the rostrum.

Honda man Cammish claimed a double podium at Thruxton in May, whereas Tordoff took pole position and a second place finish in his previous-generation Honda Civic Type R (FK2), so both will have victory in their sights next weekend.

“It’s nice to be back in Yorkshire and have a short journey home, to and from the track,” enthused Tordoff.

“I’m looking forward to going there. I understand that they’ve resurfaced the track, which is going to make it interesting, and from what I’ve heard on the grapevine the track could be two or three seconds quicker!

“We’ve turned a corner [at Thruxton], scored some points and I need to carry that momentum into Croft. It’s important that we go to that part of the world and there’s a huge following of motorsport in Yorkshire.

“I think it’s a good time of year, and it sets us up nicely for the summer break. We need to be going into that summer break having been to Croft and Oulton Park with a good haul of points and hopefully a podium or two.”

Timetable and Tickets
It’s not only the show-stopping BTCC that will thrill the crowds at Croft, as a fast-and-furious feast of support series add to the appeal. The Formula 1 superstars of the future will go wheel-to-wheel in the F4 British Championship, with the next generation of touring car heroes earning their spurs in the Renault UK Clio Cup.

Croft additionally shares its race date with the 87th edition of the legendary Le Mans 24 Hours, and you may just spot a future winner of the round-the-clock classic in the Porsche Carrera Cup GB, Ginetta Junior Championship or Ginetta GT4 SuperCup.

Tickets to the BTCC’s only north-eastern event of the year can be purchased in advance until Monday, 10 June, priced at just £12 for Saturday entry (BTCC Qualifying), £24 for Sunday (BTCC Race Day) or £35 for the full weekend. Accompanied children aged 12 and under are admitted free of charge, with tickets for 13-to-15-year-olds beginning at £3. Further details can be found at: www.croftcircuit.co.uk/racing/btcc.