CHAMPIONSHIP TITLE RACE HEATS UP AHEAD OF SUMMER SPECTACULAR AT PEMBREY 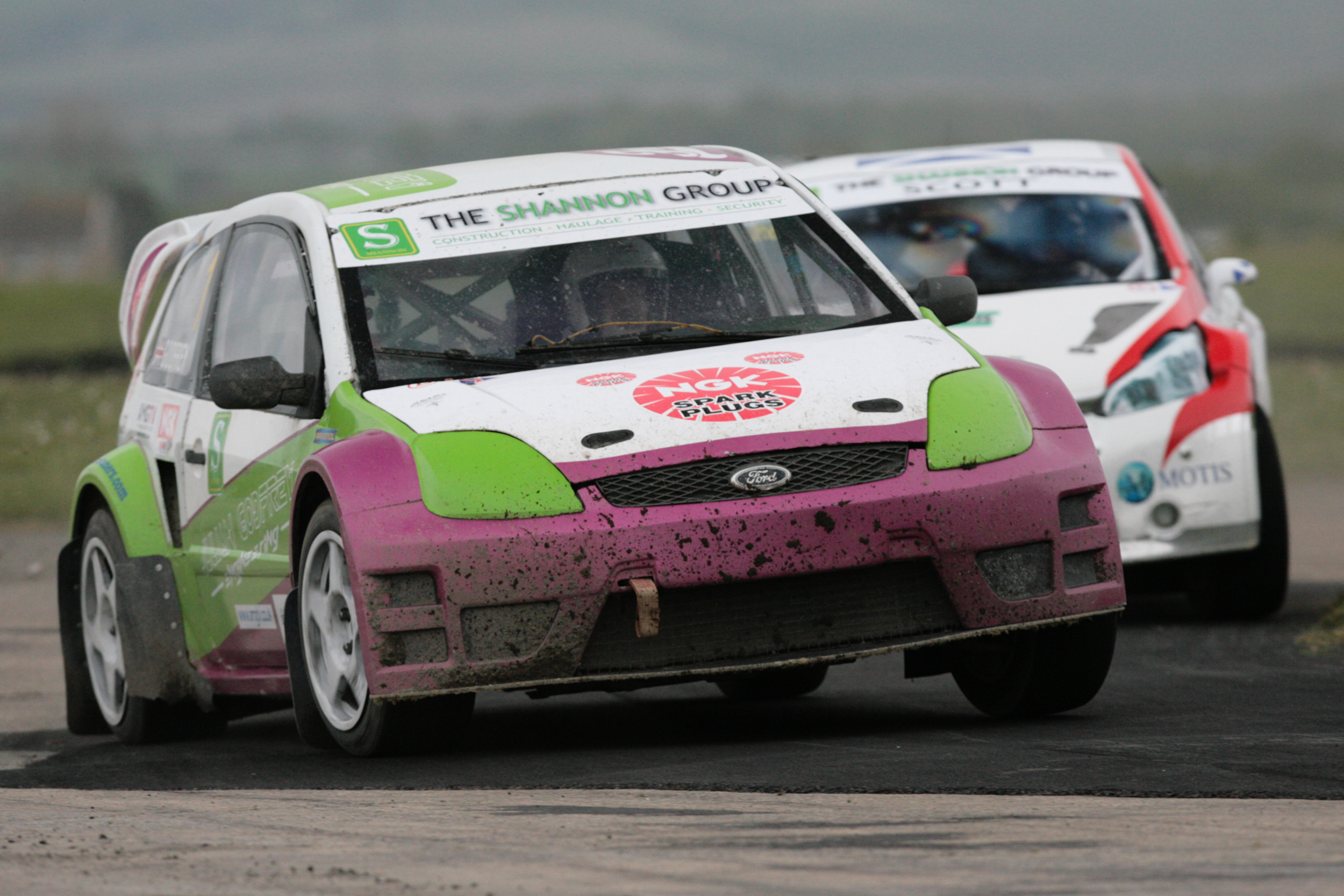 The MSA British Rallycross Championship in association with the Shannon Group will travel to south Wales this weekend (19 July), as competitors prepare to race around the fast and challenging Pembrey Circuit for the second time this season.

In an action-packed double-header at Mondello Park in Ireland last time out, the resurgent British Rallycross Championship produced some thrilling battles across every class. There is little doubt that the mantle will be picked up at Pembrey in round six of the championship this weekend.

Following the trip across the Irish Sea, reigning champion Julian Godfrey leads the way in the MSA Supercar contest after edging ahead of World Rallycross wildcard Andy Scott, who had a torrid time by his impeccably high standards. Scott will be looking to reclaim supremacy before he leaves Wales and at Pembrey he will add further artillery to the Albatec Racing armoury. Former Mitsubishi works driver and World Rally star Kristian Sohlberg will gain his first taste of British Rallycross as he gets to grips with his Peugeot 208 ahead of European outings later this year.

After claiming his first win of the season in his new Ford Fiesta, series sponsor Ollie O’Donovan is back in the title hunt and will be eager to add to his victory tally at the Carmarthenshire venue this weekend. As well as the top three in the championship, other protagonists in the marauding pack of 600bhp monster machines will include Andy Grant (Ford Focus), Kevin Procter (Ford Fiesta), Steve Hill (Mitsubishi Lancer Evo 10), ‘Mad’ Mark Watson (Citroën Xsara T16) and Steve Mundy (Ford Focus).

In the bumper MSA SuperNational field, the season-long ding-dong duel between Daniel Rooke (Citroën AX) and Allan Tapscott (Vauxhall Corsa) is set to enter another chapter at Pembrey while Gareth Wood (Ford Ka) and Paige Bellerby (Lotus Exige) sit in third and fourth respectively and continue to rein in the duo in front. One driver who will be looking for the support of the home crowd is Haverfordwest’s Mike Howlin (Ford Fiesta), who will hope to use local knowledge to climb the table from his current seventh place.

Craig Lomax is the runaway leader in the Super 1600 category in his ‘pocket rocket’ Citroën C2, while Tristan Ovenden remains on top in Suzuki Swifts with Darren Scott, Jack Brown and Rob Maynard in hot pursuit.

And if those series are not enough, the British Rallycross Championship round at Pembrey will be topped off with Hot Hatch / BMW Minis, Swift Juniors, single-make RX150 Buggies and the always entertaining Retro Rallycross legends. All will do battle on the gravel and asphalt of the Llanelli venue.

Pembrey Circuit Manager Phil Davies is excited to be welcoming the British Rallycross Championship back to south Wales.

“The British Rallycross Championship has seen a genuine rejuvenation in 2015 and it is a real coup for Pembrey to host this short, sharp and thrilling racing spectacle,” he enthused. “This weekend certainly promises to be a real classic.

“Rallycross cars are incredible, especially the 600-horsepower Supercars – they make light work of the gravel and are blisteringly quick on the Tarmac. They are phenomenal. For any petrol head, they have to been seen to be believed!”

Adult admission to the MSA British Rallycross Championship at Pembrey on 19 July is just £12 on the gate, with accompanied children aged 14 and under admitted free of charge.