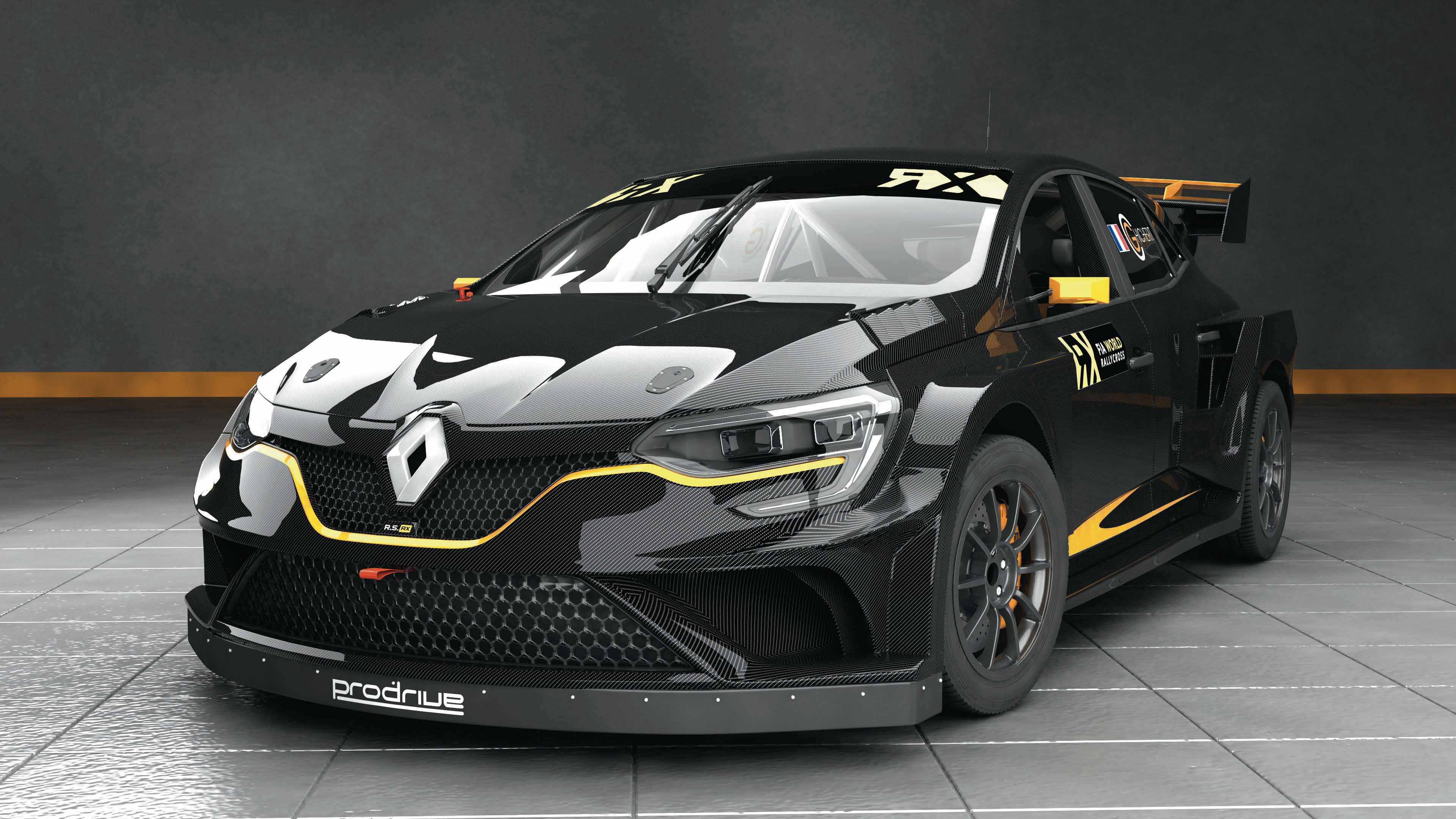 Frenchman Guerlain Chicherit and British-based company Prodrive will develop an all-new rallycross car – the new Renault Megane RX – for the 2018 FIA World Rallycross Championship presented by Monster Energy. The Renault Megane RX Supercar will be unveiled at this year’s World RX of France in Loheac (1-3 September).

Chicherit, a former World Champion in free skiing, has already entered select World RX events in 2015 and 2016 but has now decided to build his own team, GCK, to enter the 2018 season.

The new Supercar will be based on the Renault Megane IV and will be designed from the ground up by Prodrive to the latest World RX regulations. The entire car will be designed at its headquarters in Banbury, UK, including developing a bespoke two-litre turbocharged engine. Chicherit will continue to use the 2017 season to enter select rounds and begin testing the Megane RX in autumn 2017, ready for the 2018 season start.

David Richards, Prodrive Chairman, explained: “It has long been an ambition of ours to compete in the FIA World Rallycross Championship. It is the fastest growing motorsport series in the world and gives us the opportunity to use all our engineering experience to create a car capable of winning the world title.  Guerlain is obviously a very talented driver and we look forward to working with him and developing a race car that both he and Renault will be proud of.”

Guerlain Chicherit added: “I’m so happy to be working with the guys from Prodrive to build what has been my dream for a long time. I know that with the right team and the support we have, we’ll be able to produce a car that will really make an impact in the paddock. I absolutely trust Prodrive to build the best car and I’m excited to bring my brand and partners to the Championship in 2018.”

Paul Bellamy, World RX Managing Director for IMG, concluded: “It is extremely encouraging to hear that Guerlain will be entering his own team into the FIA World Rallycross Championship using Prodrive’s years of expert knowledge and experience to design the new Megane RX. Guerlain is an extremely experienced athlete and we look forward to welcoming him and his new team to our sport full-time from next year.”