CITY SLICKERS TAKE TO THE STREETS IN NEWCASTLE 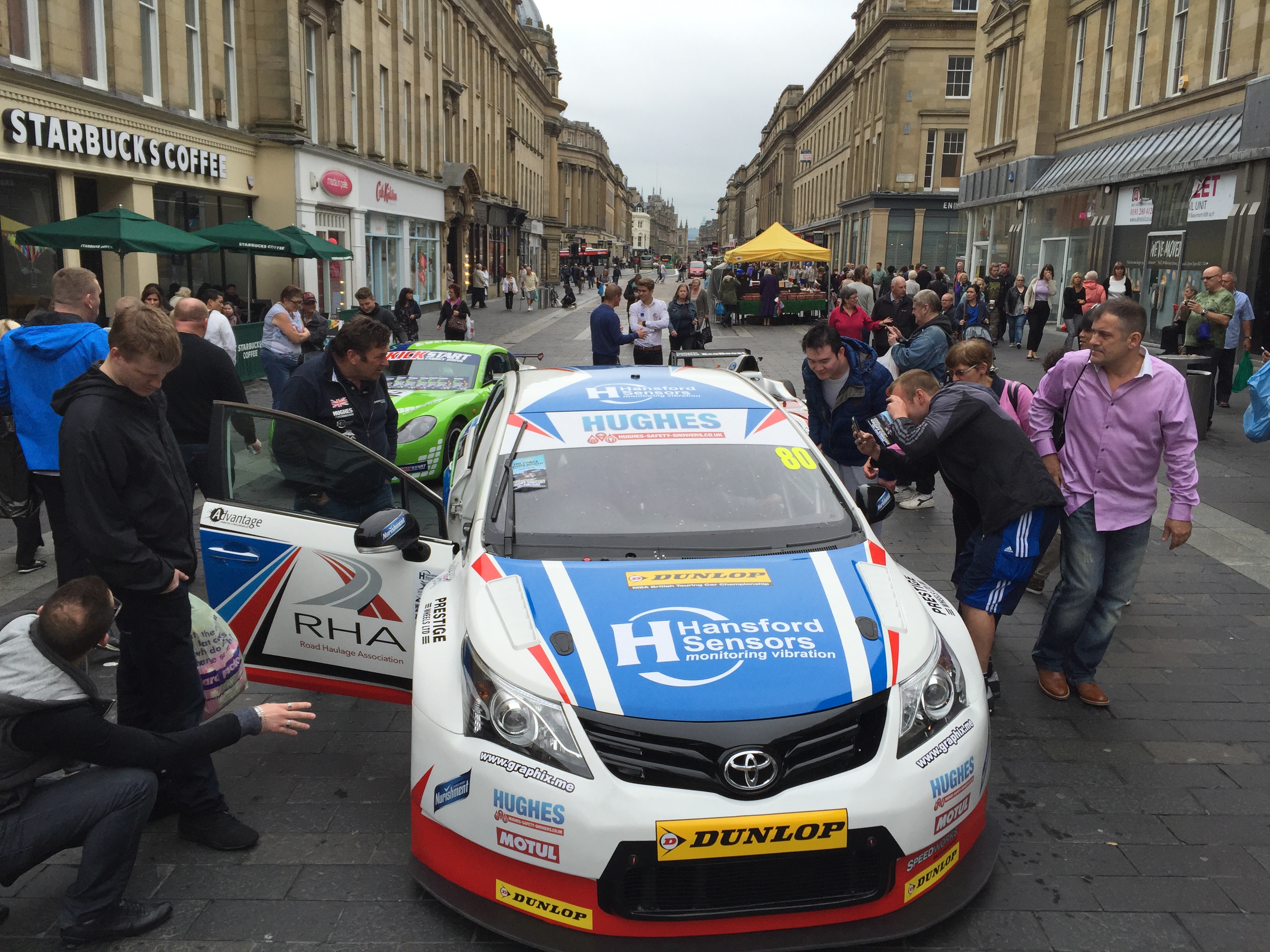 A week before they take to the track at Croft, three cars from the Dunlop MSA British Touring Car Championship, Ginetta Junior Championship and MSA Formula hit the ‘Toon’ in Newcastle to give shoppers a tantalising foretaste of the high-octane action to come.

There, they attracted numerous admiring glances, as Ingram, Zelos and Fielding all spent time showing inquisitive passers-by around their respective ‘offices’. The 380bhp BTCC car in particular was a hit with younger fans, many of whom took advantage of the opportunity to climb behind the wheel, grab an autograph or two and snap a ‘selfie’ with the stars.