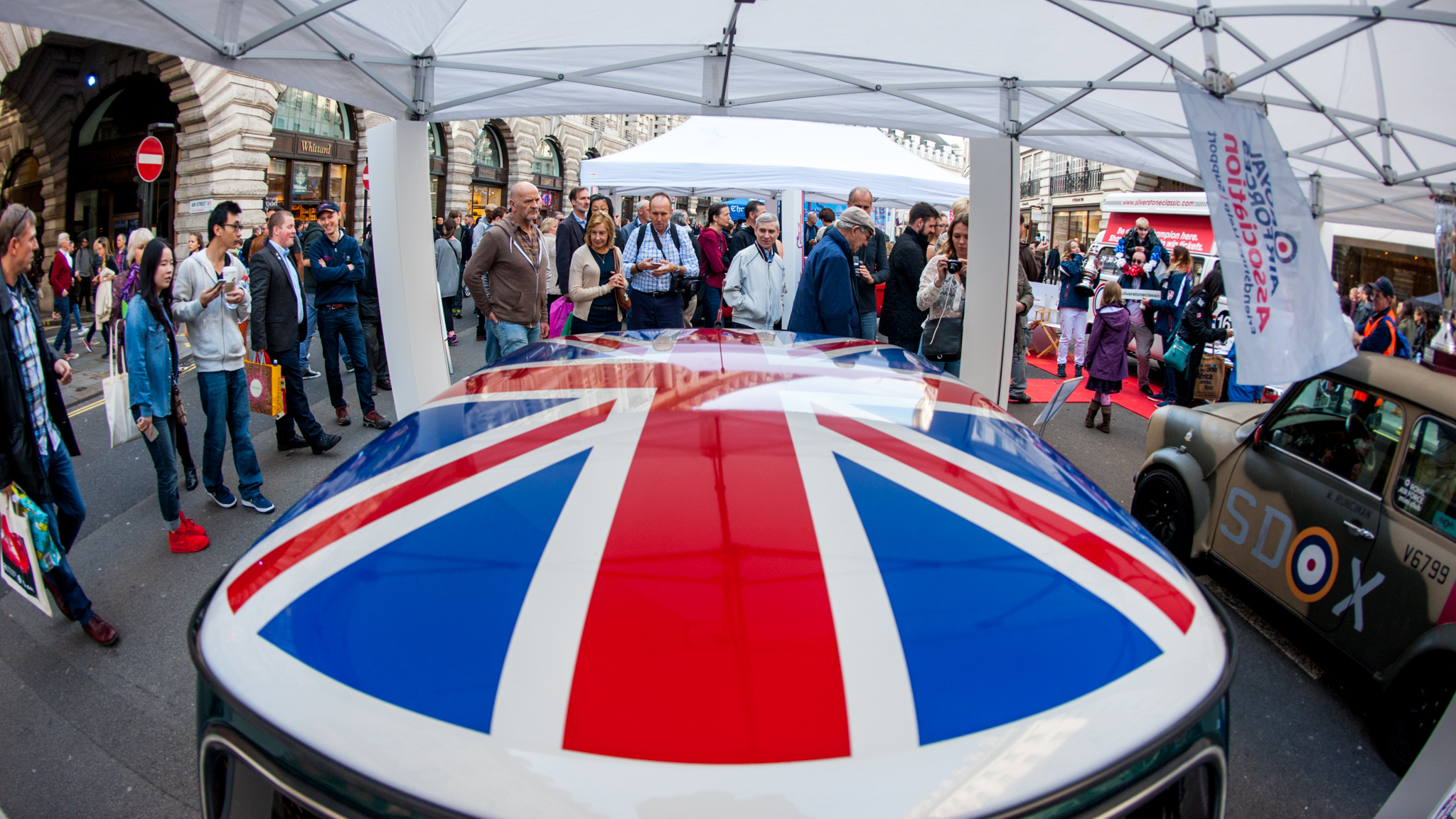 Next month’s Illinois Route 66 Regent Street Motor Show has all the hallmarks of a bumper birthday celebration.

On Saturday 2nd November, the country’s biggest free-to-view car-themed spectacle will also be honouring stand-out landmarks of no fewer than five British motoring industry icons: the 60th birthdays of both the iconic Mini and Austin Healey 3000 sportscar; 50th birthdays of the Ford Capri and Triumph TR6 as well as 30 years since the final incarnation of the much-admired Middlebridge Scimitar.

Regent Street is also marking a milestone as it celebrates 200 years at the heart of the capital. With the street pedestrianised for the day between Piccadilly Circus and Oxford Circus, enthusiastic car clubs representing all five of these marques and models will be showcasing special kerbside static displays within the event’s evocative Classic Motoring Zone for Show visitors to enjoy.

It was back in 1959 that Sir Alec Issigonis stunned the world by introducing his revolutionary design for the Mini. Its diminutive stature, nimble handling and cheeky looks quickly found favour with those in cities right around the world, notably in ‘with-it’ London where it became a fashion symbol of flower power and the Swinging Sixties. Early Minis were a common sight on Regent Street where today, the BMW-inspired continuation model remains equally at home.

Soft-top British sportscars were also all the rage back in the Sixties – a decade neatly bookended by the Austin Healey 3000 and TR6. Both two-seater roadsters boasted six-cylinder engines but were born a decade apart – the former in 1959, the latter ten years later in 1969. Today they are both highly collectable and much-loved symbols of a halcyon era of fun-loving hedonism.

Jumping on the fashion band-wagon, Ford introduced its new Capri in the same year as the Michelotti-penned TR6 and marketed it as ‘the car you have always promised yourself’. Despite its coupé compromises and humble underpinnings, the Mustang-inspired fastback was a head-turner and half a century’s passage has not dulled its attractiveness.

The equally striking Scimitar also dates back to the same times and is renowned for its Royal Family connections. Back in 1970, HRH The Princess Royal was given an original Scimitar GTE shooting brake (now more commonly known as the estate car) as a joint 20th birthday and Christmas present by Her Majesty The Queen and HRH The Duke of Edinburgh and still owns one of the final run of born-again Middlebridge Scimitar models. Those date back to 1989 hence the birthday celebrations.

The anniversary-themed Classic Motoring Zone is just one of the many attractions for huge numbers of visitors to the Illinois Route 66 Regent Street Motor Show to savour – an event which in 2019 will be acclaiming Regent Street’s full automotive history.

Though not quite spanning the full 200 years, cars on display will stretch back to the Victorian and Edwardian days, wonderfully represented by more than a hundred extraordinary pre-1905 pioneers taking part in the annual Veteran Car Concours d’Elegance before heading off the following morning on the annual Bonhams London to Brighton Veteran Car Run. Bringing the story right up-to-date, Go Ultra Low will be demonstrating the latest generation of electric cars that are becoming symbols of the style of motoring coming in the years ahead.

“The amazing popularity of the Illinois Route 66 Regent Street Motor Show has always been that it illuminates the full spectrum of automotive history, so there really is something for anyone with even the slightest interest in motoring past, present or, indeed, future,” explained Ben Cussons, Chairman of the Royal Automobile Club. “While we can’t quite match Regent Street’s double century, we are delighted to be adding some more candles to the cake by celebrating the birthdays of these five marvelous British classics.”