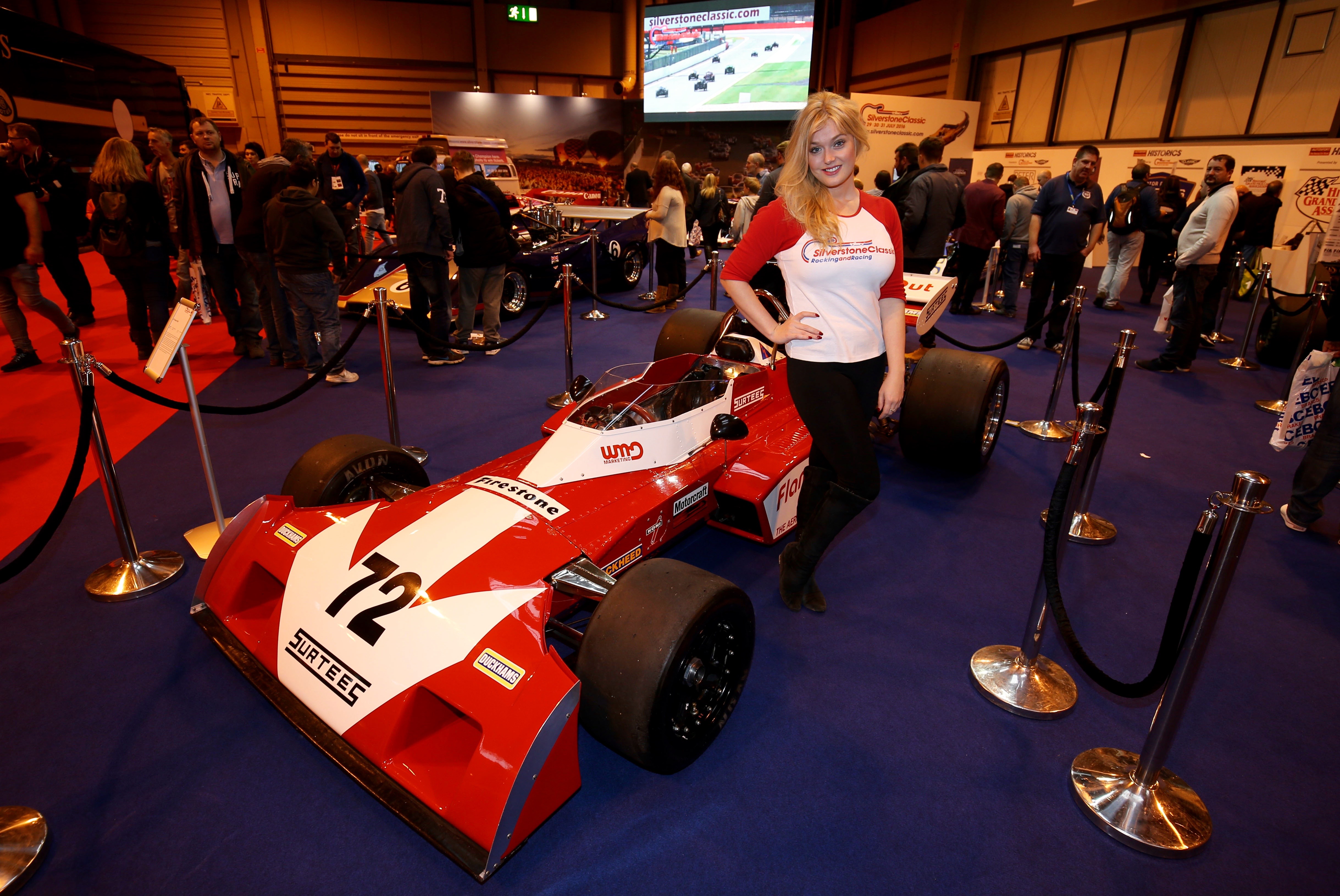 The world’s biggest classic motor racing festival served up a stunning show of power at the annual Autosport International, staged at Birmingham’s NEC from 14-17 January.

The Silverstone Classic teamed up with Classic & Sports Car magazine to create a very special showcase putting the spotlight on several of the mouth-watering race grids that will star on the action-packed racecard at this summer’s spectacular three-day extravaganza (29-31 July).

Presented under the evocative ‘When We Were Kings’ banner, the prominent presentation at the NEC was one of the show’s major attractions, proving hugely popular with the sell-out numbers of visitors.

The display was a real tour de force topped by two of the formidable Can-Am sportscars from the seventies that will celebrate the deified championship’s 50th anniversary with two thunderous showdowns on the famous Silverstone Grand Prix Circuit at the end of July.

Both the 820bhp March 717 and 817bhp McLaren M8C/D on show at the NEC are propelled by awesome 8.8-litre V8 engines and will be among around 50 such mighty monsters rolling back the years at the not-to-be-missed Classic.

“What a spectacle this will be – the earth will truly move!” said John Grant who will be competing in the McLaren at the Classic. “For the first time in more than a decade, the thunder and might of Can-Am McLarens, Lolas, Marches, BRMs and Shadows racing at the fastest circuit in the UK. We could be touching 200mph into Stowe Corner! I can’t wait to be part of it.”

Alongside the brace of Can-Am behemoths were a pair of equally significant and revered Grand Prix racers from the same era: the Lotus 72 and Surtees TS9. These two Cosworth DFV-powered machines feature in the FIA Masters Historic Formula One Championship, one of the many highlights on the non-stop Classic schedule.

With its renowned black-and-gold JPS livery, the wedge-shaped Lotus 72 was one of the most remarkable and successful designs in F1 history, taking both Jochen Rindt and Emerson Fittipaldi to world championship titles. The car on the Silverstone Classic stand bore another standout name from the era, that of ‘Super Swede’ Ronnie Peterson who in 1973 won four Grands Prix in this chassis.

Though ultimately not quite as victorious, the Surtees on display was the car in which James Hunt made his F1 debut at the non-championship ‘Race of Champions’ at Brands Hatch in 1973. The flamboyant Englishman finished third that day and went on, of course, to win the world championship in 1976 – a notable 40-year milestone that will be marked at the 2016 Classic.

Revival races for Group C prototypes hark back to a slightly more recent era but are equally evocative with festival-goers. Meanwhile the 650bhp Canon Porsche 956 and 635bhp Toyota 94C-V prototypes from the eighties exhibited at the NEC struck a chord with fans of all ages.

The glittering Silverstone Classic showcase was also the focal point for a number of those organising grids at the event. Masters Historic Racing, the Historic Grand Prix Cars Association, Motor Racing Legends and Peter Auto, the new organiser of the Group C racing series, all had their own stands adjoining the main ‘When We Were Kings’ exhibit.

“Coming in January, the Autosport show is always a great way for everyone to kick off the new motor sport season whatever their interest or involvement,” enthused Nick Wigley, CEO of Goose Live Events, the company responsible for the Silverstone Classic. “Over the four days we had exciting conversations with lots of existing and potential competitors, those putting together our remarkable grids, thousands of fans and enthusiasts as well as a large number of other individuals and organisations all wanting to be part of what has become one of the biggest and most popular events on the UK sporting and social calendar.”

Those whose appetites have been well and truly whetted, can take advantage of Early Bird tickets now on sale for the Classic, offering significant savings of up to 17 per cent. There is also the all-new Family Ticket available for 2016 – this includes camping for two adults and two children across the whole weekend and gives a discount of more than 20 per cent on advance tickets if bought individually.

Full details of all tickets (which must be purchased in advance) – as well as hospitality packages and weekend festival camping – can be found on the event website at: www.silverstoneclassic.com.