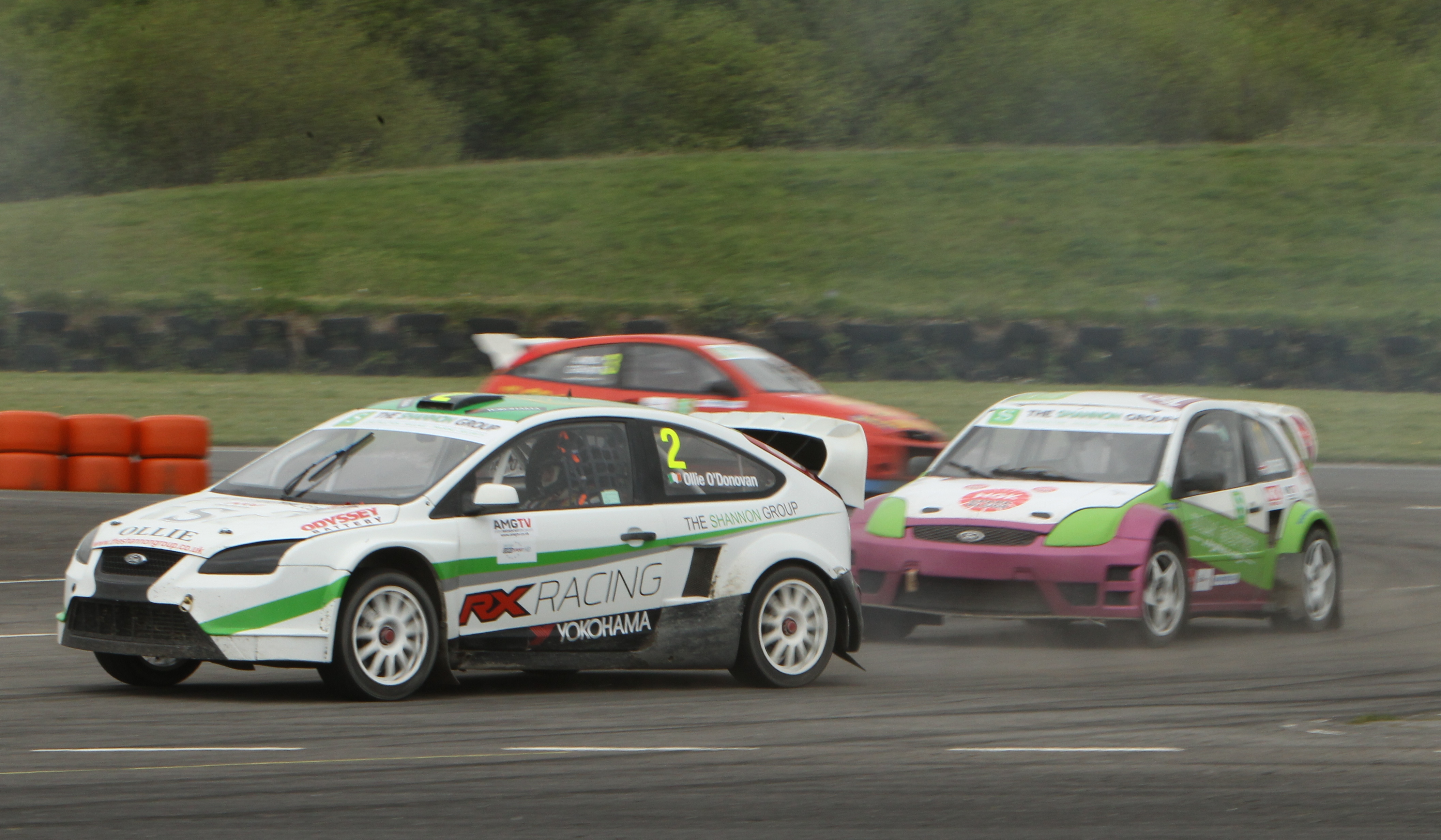 The MSA British Rallycross Championship in association with the Shannon Group will cross the Irish Sea this weekend (27/28 June), as competitors prepare to race around Mondello Park for the first time in four years in an eagerly-anticipated double-header.

The popular County Kildare circuit last staged British Rallycross in 2011, and its return to the calendar coincides with a resurgence in the series’ popularity – with some thrilling battles in-store across every class.

Following the opening three rounds of the 2015 campaign at Croft, Lydden Hill and Pembrey, Andy Scott leads the way in the MSA Supercar standings, with two victories to his name in his ex-World Rallycross Peugeot 208.

In the bumper MSA SuperNational field, a season-long duel is brewing between Daniel Rooke (Citroën AX) and Allan Tapscott (Vauxhall Corsa), but Stuart Emery in his Peugeot 206 is also coming on strong having triumphed in the most recent two rounds, and Gareth Wood’s Ford Ka can certainly not be discounted.

Craig Lomax is the man to beat in Super 1600 in his ‘pocket rocket’ Citroën C2, whilst Tristan Ovenden remains undefeated in Suzuki Swifts, although Darren Scott, Rob Maynard and Jack Brown are determined not to make life easy for him.

The 28-year-old Irishman will follow in the wheeltracks of young British Touring Car Championship hotshot Tom Ingram when he climbs behind the wheel of the Jelf Insurance-supported buggy on Sunday (28 June), as he evaluates a potential rallycross future.

“I’m really looking forward to Mondello,” McKenna enthuses. “Ollie O’Donovan has given me a great opportunity to race the buggy. There are a host of young drivers in Ireland that could have been chosen, so I’m delighted to get the chance. I’ve never done anything like this before rallycross-wise – I come from mainly a rallying background – but I did do a bit of racing when I was ten-years-old in junior stock cars.

“I’ve been watching YouTube clips of the buggies and they look good fun, and I have experience in rear-wheel-drive MkII Escorts, so I should be able to adapt. I’ve driven the circuit at Mondello in rallysprints and stuff, but I’m sure the rallycross track in a buggy is very different. Hopefully I can get up-to-speed quite quickly and do as well as I can.”

The previous day (27 June), the buggy will be raced by RTE Television presenter John Kenny, who has some prior experience in rallycross having competed in the Stock Hatch class last season.

Adult admission for the MSA British Rallycross Championship at Mondello Park on 27/28 June is priced at €12.50 in advance or €15.00 on the day. Weekend tickets can be purchased in advance for €22.50. Under-16s are admitted free of charge, and all tickets include free grandstand seating.