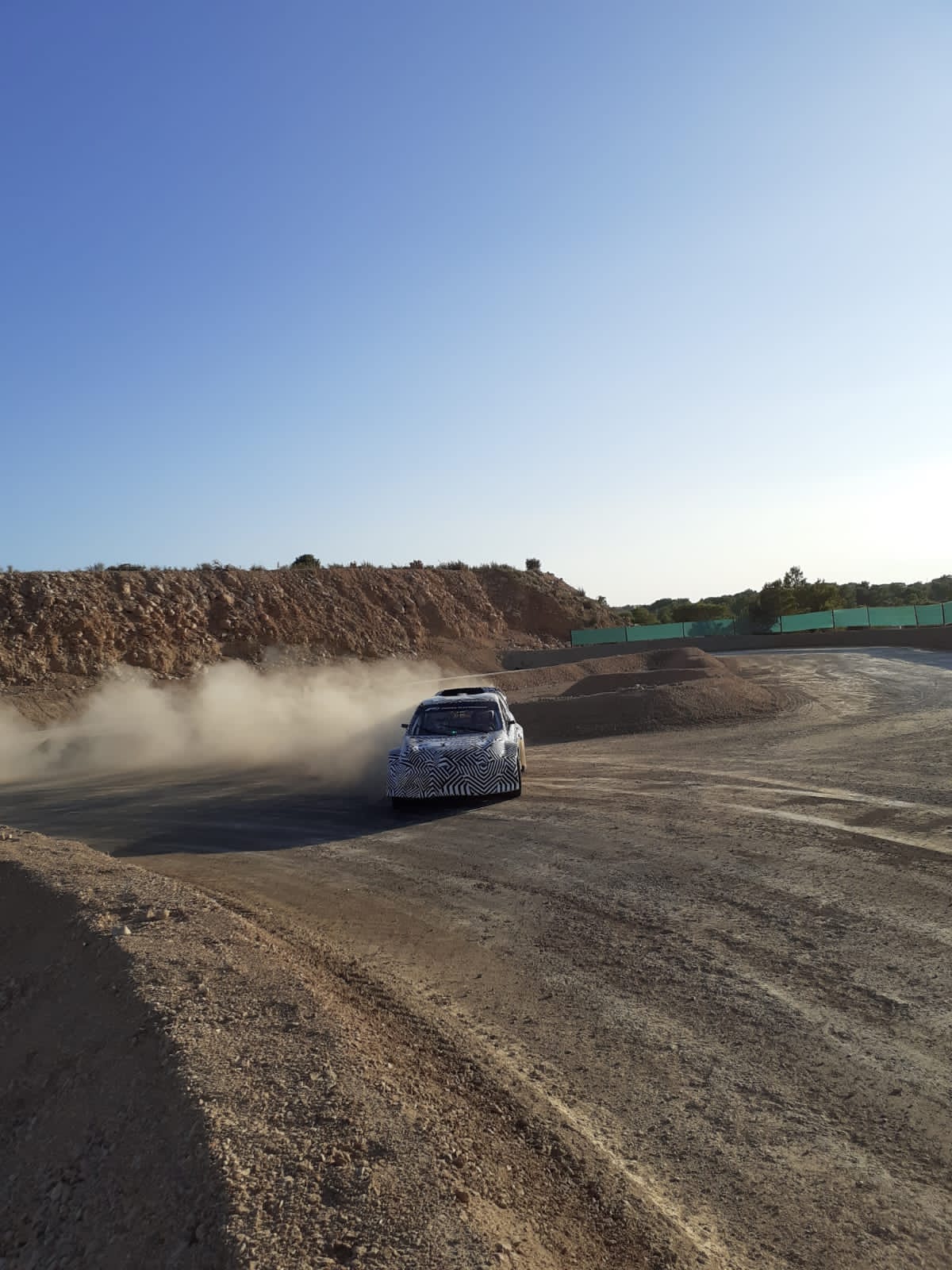 FIA World Rallycross Championship race-winner Sebastian Eriksson is confident that the new FIA RX2e Championship car will generate ‘great racing and a spectacular show for the fans’, describing the first-ever FIA electric rallycross championship as ‘a win-win for everybody’.

A hugely experienced rallycross racer, Eriksson has been a front-runner in the discipline for many years. A race-winner in both RX Lites – the predecessor to RX2e’s forerunner, RX2 – and GRC in the United States, the 27-year-old clinched the 2019 RallyX on Ice crown before achieving his finest success to-date at Höljes later the same year, when he beat the world’s very best at the iconic Swedish circuit to win the legendary ‘Magic Weekend’.

Earlier this month, Eriksson spent several days testing the RX2e car at full power at Spain’s Circuit Calafat, building upon the work already completed by namesake and compatriot Oliver Eriksson, the championship’s official test-driver and ambassador. The Swede revealed that significant progress has been made in every area ahead of the inaugural campaign in 2021, describing RX2e as ‘the perfect stepping-stone towards the World Championship’.

Sebastian Eriksson, FIA World RX race-winner, said:
“It was the first time I had driven an electric car and I thought it would feel quite different, but the truth is that it doesn’t feel that different at all. It’s still a rallycross car at the end of the day – and a faster and more powerful rallycross car at that!

“I must say, QEV Technologies and Olsbergs MSE have done a great job in developing this car and are continuing to make progress – it’s all about fine-tuning now. QEV have a lot of experience from Formula E, but rallycross adds gravel, jumps and four wheel-drive into the equation, which is where OMSE’s expertise comes in.

“The chassis is quite similar to the existing Supercar Lites car, and while there’s obviously no gearbox, what you do have is a lot of torque and instant power, which represents a big step forward in terms of driveability. There are also a lot of things to play with that weren’t possible before, such as changing the torque bias and ‘regen’ engine braking between the front and rear axles.

“With a motor at the front and another one at the rear, there’s also better weight distribution, which improves the handling and produces greater stability, particularly through high-speed corners. That makes the car very easy to trust, which is really confidence-inspiring as a driver and will encourage competitors to push right to the limit. That in turn will generate great racing and a spectacular show for the fans – it’s a win-win for everybody.

“There was definitely more noise than I was expecting, too – the reducers generate a lot of transmission sound, and clearly you’ve got the gravel spray as well. The noise is different to that of a combustion car, of course it is, but it’s still noise and the racing will have fans right on the edge of their seats. I can guarantee they won’t be disappointed!

“There will obviously be new things for drivers to learn, but if they are serious about forging a career in this discipline, they have to learn, because the whole sport will be electric soon – it’s the way the entire automotive industry is going. With the World Championship similarly transitioning to electric power in 2022, RX2e is the perfect stepping-stone.”

Pere Gonzalez, Project Manager for the FIA RX2e Championship, said:
“For us, it was hugely beneficial to have Sebastian try out the RX2e car and to collate his feedback alongside that of Oliver, which corroborated the superb development job that Oliver has done so far.

“Sebastian has achieved success in a broad range of cars – front wheel-drive, rear wheel-drive and four wheel-drive – on a broad range of circuits from Europe to the US, and he has worked with a variety of manufacturers in the sport. He additionally has a lot of recent loose-surface experience from his rally outings, and to win a World Championship event as a ‘wild card’ against the very best drivers around is testament to his talent.

“Like Oliver, Sebastian also has plenty of mileage under his belt in Supercar Lites machinery, which made him perfectly-placed to offer his advice on ways to further hone and refine the RX2e car.

“As a result of our test at Calafat, we have taken further significant steps forward and – depending upon the prevailing COVID situation – we are hopeful of soon being able to organise test sessions for prospective drivers, which marks the next major stage of our exciting journey.”